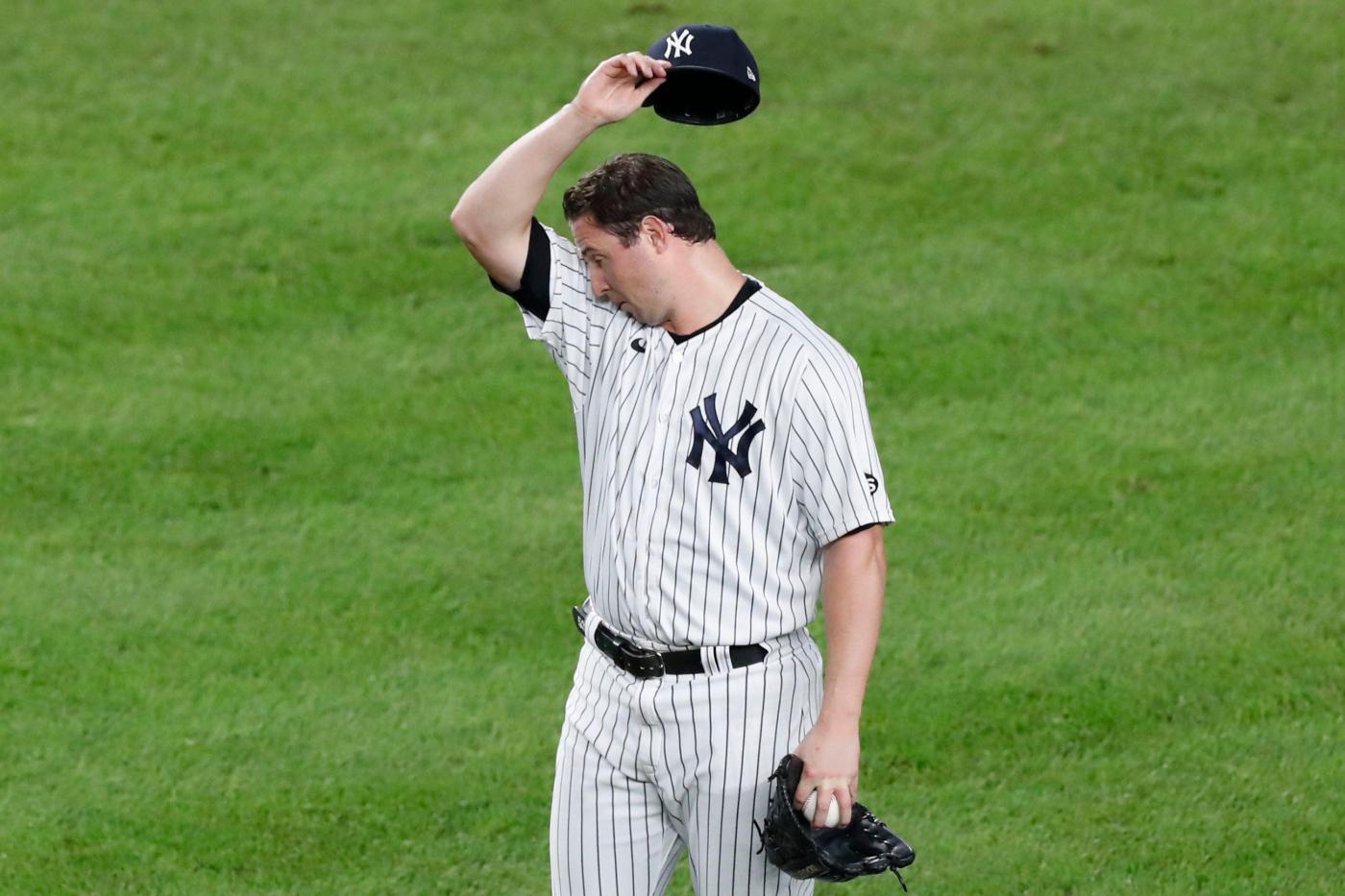 OAKLAND — Zack Britton left his rehab start on Saturday with a “glute cramp,” Yankees manager Aaron Boone said before Sunday’s series finale against the A’s at the Coliseum. He added that the left-handed reliever should not suffer too much of a setback in his rehab from October 2021 elbow surgery.

“It sounds like he cramped up in his glute and that was it,” Boone said. “He was actually texting with me this morning. His arm feels great. It feels good today. So I don’t think it’s going to be anything too significant and he doesn’t seem worried about it at all.”

The 34-year-old Britton is in the last year of his contract with the Yankees. He made just 22 appearances last season before he was shut down to have the surgery, which is Tommy John surgery but where they also place a brace inside the elbow around the ligament.

“He’ll probably do a bullpen in a couple of days and then an outing,” Boone said.

SEVERINO STARTING BACK UP

Luis Severino threw live batting practice on Sunday and will make his first rehab start in the minor leagues on Friday. The right-hander has been on the injured list since July 14 with a lat strain.

“He threw two [simulated innings] and 35 [pitches] this morning. … His next one will be [35 pitches] in a game in five days,” Boone said.

Severino was 5-3 with a 3.45 ERA and a 1.070 WHIP in 16 starts when he was shut down. The 28-year-old has been adamant that he feels great over the last four weeks and said he was unhappy that the team moved him to the 60-day IL on trade deadline day. The Yankees insisted it was necessary to ramp him back up.

Boone was confident Severino and Nestor Cortes, who went on the IL with a groin strain on Thursday, would be pitching for them down the stretch and into the postseason.

“I think it’s reasonable to think that they’re going to be back in the rotation and key contributors moving forward,” Boone said. “So I don’t think that’s overly ambitious. That’s the expectation. And that’s certainly how I look at things, but I expect those two guys to be a big part of us moving forward.”