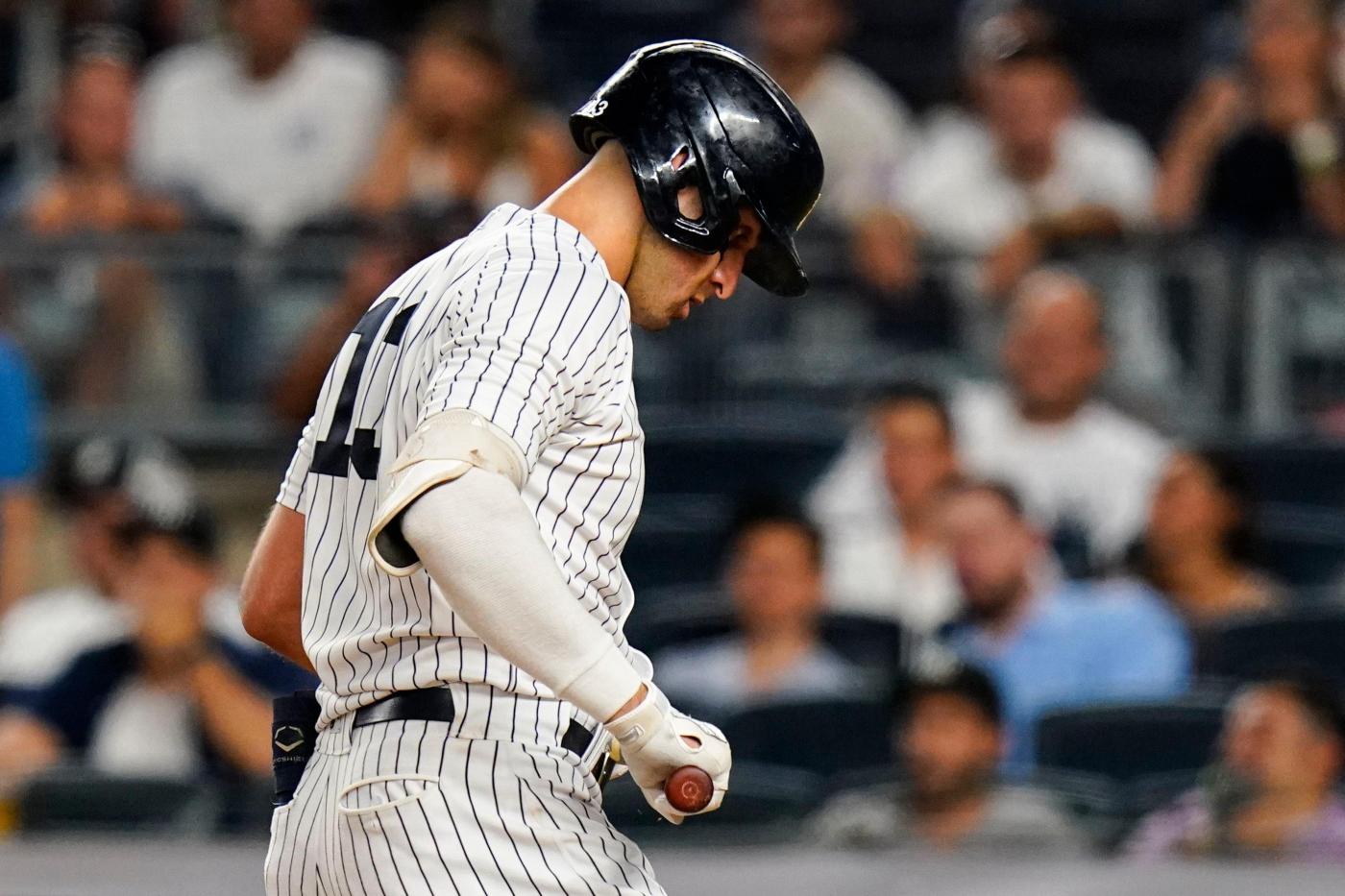 The Yankees made their big moves already. Getting frontline starter Frankie Montas and relievers Scott Effross and Lou Trivino on Monday after acquiring Andrew Benintendi significantly reshapes this roster as the Bombers look to make the turn to the final stretch of the regular season.

With just hours left until Tuesday’s MLB trade deadline, however, the Yankees aren’t done. They were still working the phones and looking for ways to improve with an eye on beating the Astros eventually this fall.

According to several sources, the Yankees are looking to move Joey Gallo before the 6 p.m. deadline. If they manage to find a team that will agree to a deal, Gallo started his last game in pinstripes on Thursday.

The lefty-hitting slugger had already played his way out of the Yankees plans long before that. In 140 games since he was acquired by the Bombers from Texas, Gallo has slashed .159/.291/.368 with 24 home runs and a .660 OPS. He struck out 194 times and walked 77 times in 501 plate appearances. According to Baseball Savant, Gallo was in the bottom one percentile in Whiff%, xBA and K%. The 38.8% strikeout rate is the highest of his career since his 2015 rookie year. The 14.7% walk rate is the third lowest of his career.

“It’s been heavy. He’s carried that burden with him,” Yankees manager Aaron Boone said. “You definitely sense that there’s been some really tough moments. So I think we’ve all definitely felt for the person because especially the way he’s carried himself with class. He’s been accountable. He hasn’t run from anything. He’s worked his tail off. And he’s human.

“He’s felt that and he’s felt that burden and especially wanting to do it, I think for his teammates, who really care about him,” Boone added. “It’s been a tough calendar year for him.”

At the time of the deal, several scouts scratched their heads over it. According to analytics, Gallo was a good fit for the Yankees, and particularly the Stadium. The short porch in right field looked like the perfect fit for his swing and the high on-base percentage is what the analytics department thought would lead to more RBIs for the other big bats in the lineup.

Except they forgot to check on Gallo’s comfort in pressure spots and how he would handle struggling. Scouts across baseball had red flagged his quirky swing and movements.

It was obvious that Gallo was putting pressure on himself and it only got worse as the boos started and just kept getting louder and louder.