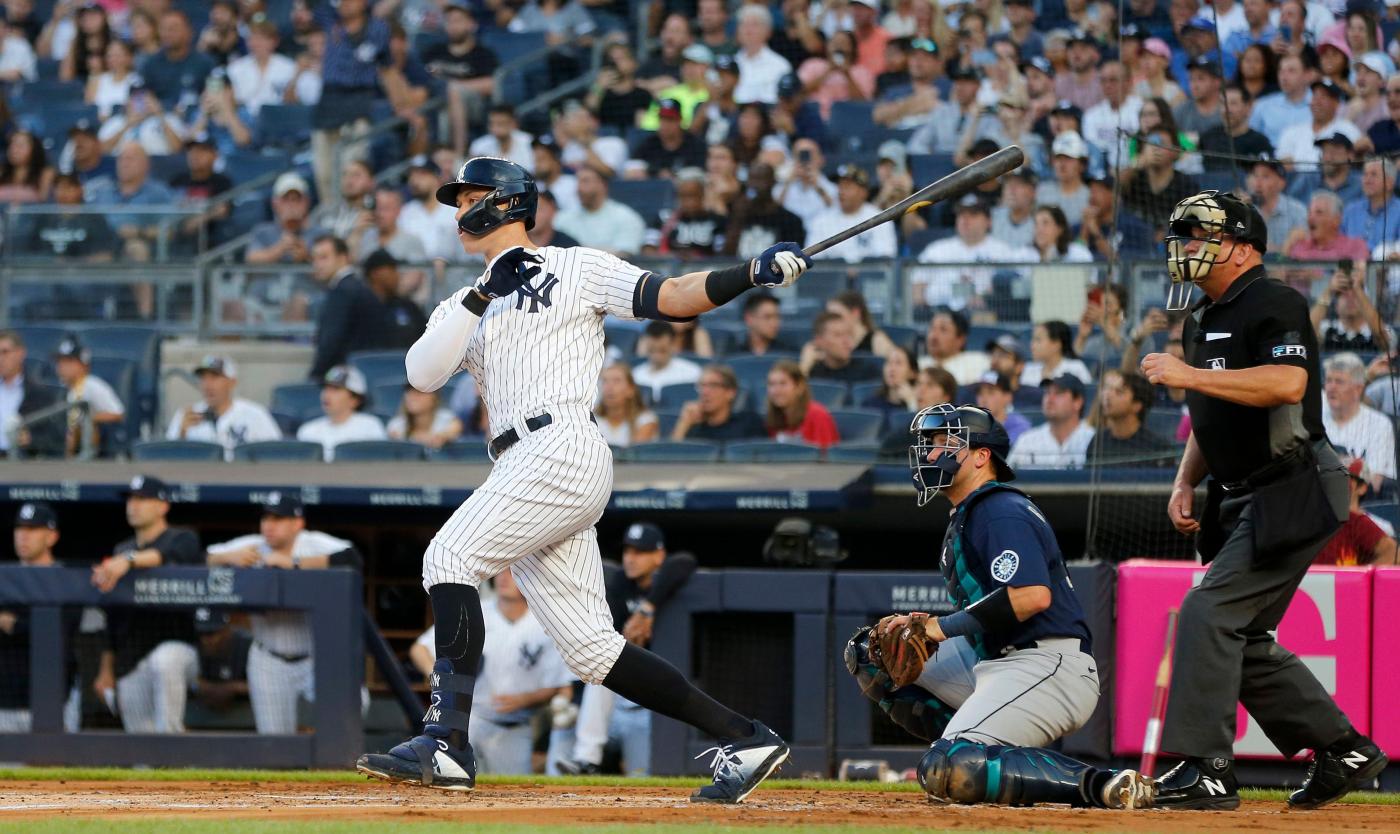 Hours after the Yankees made their biggest move before Tuesday’s trade deadline, Aaron Judge wanted to make sure that he and this team continued to prove they are contenders.

So far, with less than 24 hours to go before the MLB trade deadline, the Yankees have added left-handed hitter Andrew Benintendi, relievers Scott Effross and Lou Trivino and starter Frankie Montas. They are expected to make at least one more move before 6 p.m. on Tuesday, sending Joey Gallo out.

“You can always improve. There’s ways to  improve,” Judge said. “I don’t think anybody in this room or on this team is satisfied with what we’ve done so far. We’ve gotten off to a great start. But as a team, we did our part and I  think the front office’s doing their part.”

So, Judge went out and hit his major-league leading 43rd home run of the season and Jose Trevino hit two in a game for the first time in his career as the Bombers beat the Mariners 7-2 at the Stadium.

The Yankees (70-34) and with the series-opening win, the Bombers clinched their 31st consecutive winning season at the Stadium, going 41-13 in the Bronx.

Anthony Rizzo homered for the third straight game, the 10th time in his career he’s done that. His 26 homers lead all big league first-basemen.

Trevino had solo shots in the fourth and eighth innings for a career-high nine home runs in 74 games. He came to the Yankees with nine career big league homers over four big league seasons.

That’s what has gotten the Yankees to the best record in the American League this season, and after Tuesday’s deadline, they should be an even better team.

“When you think about Benny Effross and now Montas and Trivino, there’s no question we added four, in their specific positions, high caliber players. So to intertwine them with our group already. Yeah, I mean, on paper, we’re better,” the Yankees manager said. “But  I will caution that it’s just on paper. We gotta go out and do it still and go out and prove that.  We definitely upped our talent in these last few days.”

In what is likely his last start for a while, Domingo German allowed two runs, both earned on six hits. He walked three and struck out one. He gave up a second-inning home run to Kyle Lewis and an RBI-double to Abraham Toro.

Effross is expected to be in the bullpen Tuesday night and Montas and Trivino should arrive by then.

It will be a boost of energy when they see the team they will take into the playoffs.

“It’s a good feeling,” Judge said. “It’s tough to describe because, usually we don’t focus on that we just focus on playing, but kind of getting that backing from the front office knowing that Hey, you guys put yourself in a position to be in a good spot going down the stretch in the postseason and now we’re gonna give you a couple pieces to kind of boost you guys a little bit and fill some holes where we need them.” 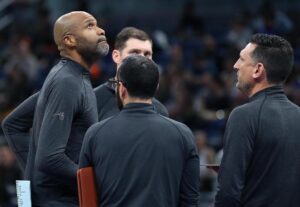