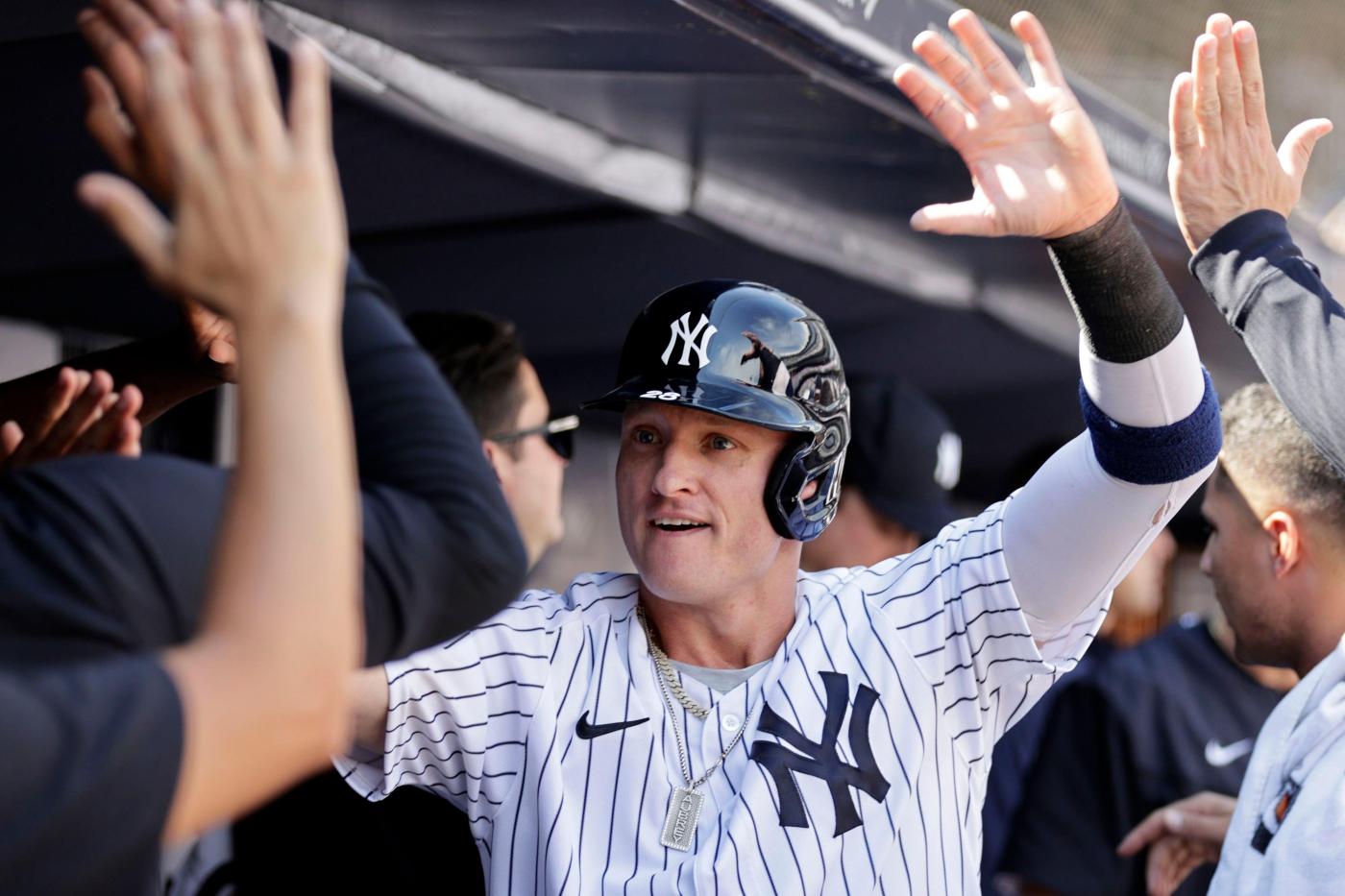 The Yankees came out of the gate firing on all cylinders. After another lifeless loss on Friday, the Bombers seemed like an entirely different team in their 10-3 win on Saturday.

The Yankees jump-started their afternoon in the bottom of the first with seven straight singles leading to an early 4-0 lead. Kyle Higashioka knocked in the fifth run of the inning on a fielder’s choice and Aaron Judge delivered the final blow to Corey Kluber with his second single of the inning giving the Bombers a 6-0 lead. Kluber was pulled with two outs in the first inning allowing six runs on eight hits.

Perhaps the Yankees seemed like an entirely different team because they quite literally were. Giancarlo Stanton and Josh Donaldson returned to the lineup and slotted into the second and fourth spots in the order. Donaldson was on the paternity list and returned with some newly acquired ‘Dad strength.’

The third baseman’s second-inning solo shot gave the Bombers a commanding 7-0 lead. Donaldson was 2-3 with a homer, mixed in with a bat flip single off the right field wall in the first. Donaldson also scored the eighth run of the game on a wild pitch.

Stanton slotted right behind Judge in the batting order and provided much more impact than the box score indicates. The 32-year-old was 2-5 with a homer that came off catcher Christian Bethancourt who pitched the ninth. The immediate protection provided to Judge was exactly what the doctor ordered.

Judge was 3-4 with an RBI on Saturday, adding to his MVP resume by bringing his season batting average up to .307 just 11 points behind AL leader Xander Bogaerts which may begin the AL Triple Crown watch amidst his already historic season.

Jameson Taillon delivered in his biggest outing of the season. The right-hander was pulled with one out in the eighth inning allowing three runs on six hits while striking out eight. Estevan Florial miss-played a ball in center field — which was not charged as an error — leaving two runners on base as Taillon exited.

Before Saturday’s start, Taillon only faced the Rays once this season back on May 27. when he threw eight shutout innings at Tropicana Field.

Lou Trivino inherited a jam in the top of the eighth. With runners on second and third and one out, Trivino struck out Randy Arozarena and then allowed a two-RBI single to Harold Ramirez. Both runs were charged to Taillon as the Rays still trailed by six. Jonathan Loaisiga was called on to pitch the ninth inning and retired the side in order, finishing the game off at 10-3.

The Bombers needed a laugher in the worst way and it to came in the heat of a divisional battle with the cloud of a historic collapse flying over their heads. Their division lead is back up to three games in the loss column and five and a half games overall.