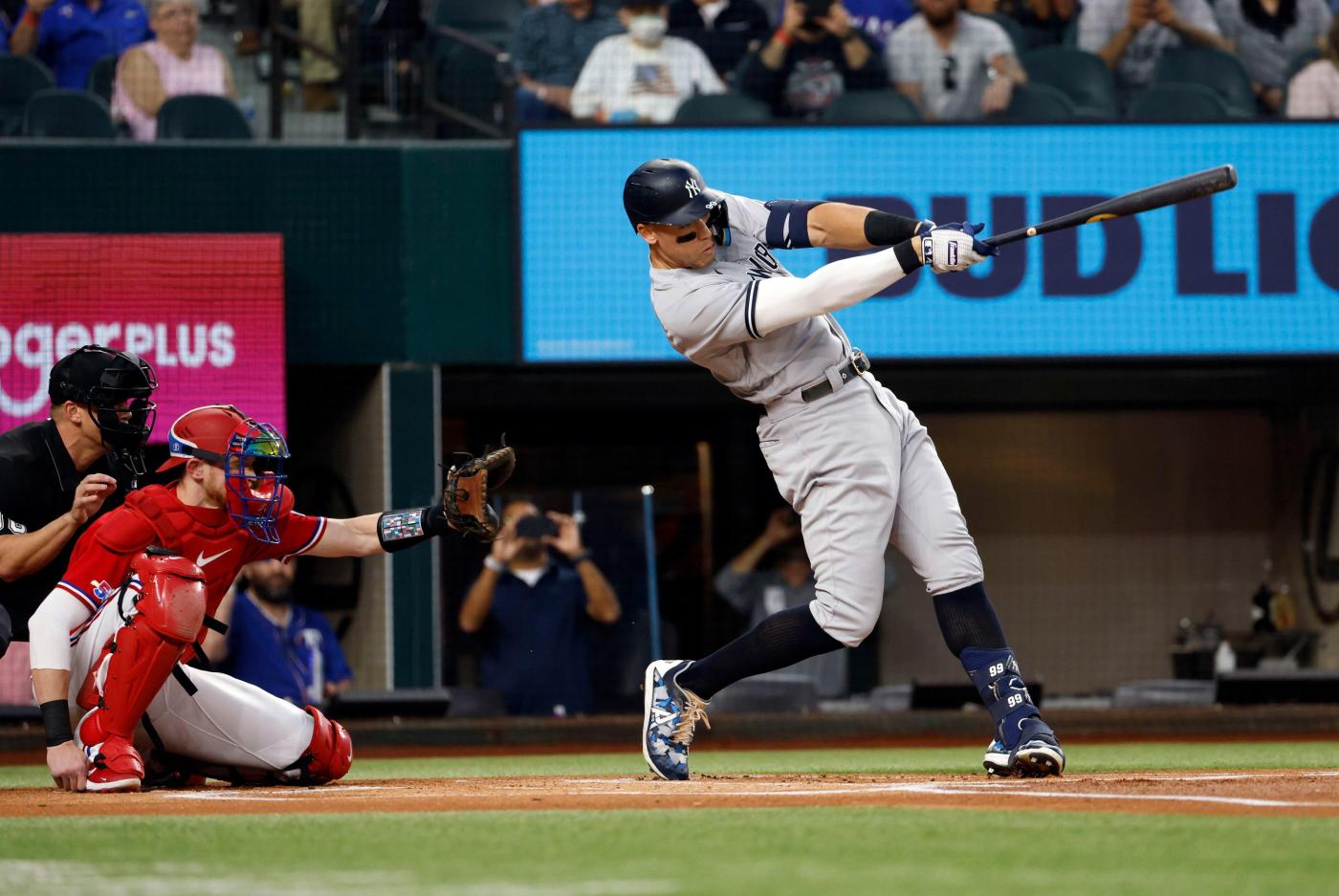 ARLINGTON, Texas — As Aaron Judge closed in on baseball history, Yankees announcer Michael Kay knew only one part of his home run call would be an open-and-shut case.

Kay says he wanted to capture “the enormity of the moment” Tuesday in Arlington, Texas, as Judge slugged his 62nd home run of the year, setting a new American League single-season record.

Weeks earlier, Kay came up with an idea to punctuate his call on the YES Network with a phrase that will now be forever tied to Judge’s historic homer.

“I don’t plan calls, but the one thing I wanted to get in was certainly ‘case closed,’” Kay told the Daily News. “I just kept thinking ‘Judge,’ and this puts the home run record to rest in the American League, so I wanted to end it with ‘case closed.’ That I knew, but everything else plays off of where the ball is, and it wasn’t one of those majestic home runs that you knew right away, so there had to be some hesitation.”

“I used to tell this to Derek Jeter as well: It’s not about me, obviously, but my voice is going to be attached to it for a long time, and I never want to ruin the moment for the guy,” Kay said.

“I don’t want him to have to listen to a bum call 30 years from now or when he’s playing it for his kids. There’s a lot of responsibility to that. Forget about the fact that people around the country might be listening. I just want to do right by the players that have these amazing moments that thrill all these people.”

Judge became just the fourth player in either league to reach 62 home runs in a season, following Mark McGwire, Sammy Sosa and Barry Bonds, whose 73 homers in 2001 are an MLB record.

Judge’s home run pursuit reignited a debate among fans about who should be recognized as the true home run king, as McGwire, Sosa and Bonds were each linked to performance-enhancing drugs.

“The beauty of this home run is that now it’s in everybody’s lap,” Kay said. “I didn’t have to make that decision for them with the call. I just said the fact that he’s the American League home run king. I thought that was important to state. And now it’s up to you.”

The Bronx-bred Kay delivered a similarly memorable call for Judge’s 61st home run, referencing Phil Rizzuto’s broadcast of Maris’ 61st in 1961. The idea came to Kay after he watched a YouTube video of Maris’ milestone a few days before Judge hit No. 61 in Toronto.

“I just heard Rizzuto say, ‘This could be it. Way back there.’ I said, ‘Wouldn’t that be neat if the home run allowed itself that I could actually get that in there and tie the two eras together?’” Kay said.

“The only regret I have is that it was like a bullet into the left field seats, so you can have these grand plans that go away because the ball’s gonna dictate what you say. I was able to get out, ‘This could be it,’ but I was never able to get out, ‘Way back there.’ … I’m just glad that some people got it.”

He says Judge’s 62nd home run is among the top milestones he’s covered.

“I’ve been so fortunate, calling this team for 31 years, they give you so many great moments,” Kay said. “This certainly is in the top three or four or five, for sure, because it’s got such historical implications.”