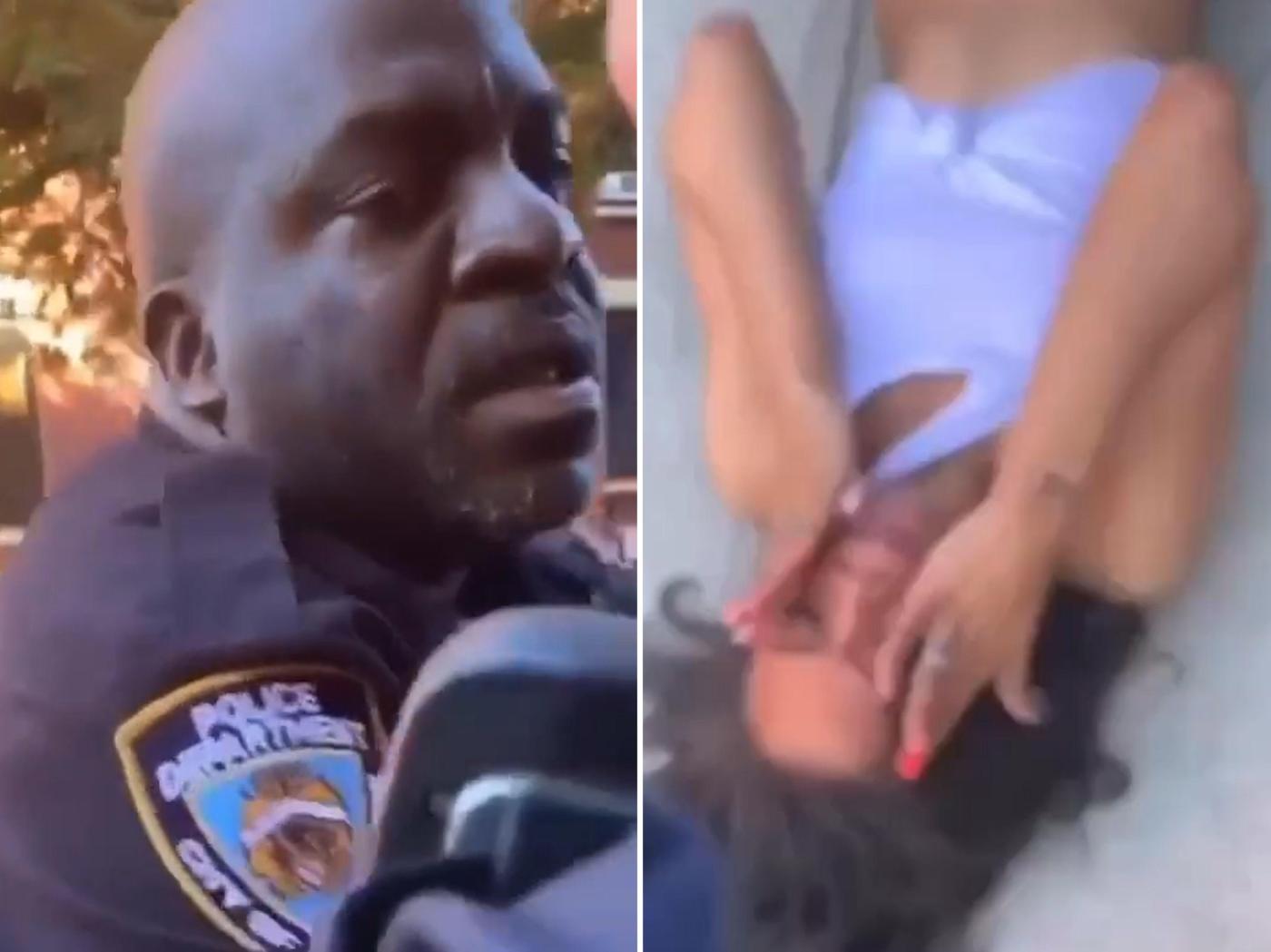 A young woman in Harlem hit the sidewalk hard when a police officer slugged her in a caught-on-video incident — and she ended up in handcuffs on assault and resisting arrest charges.

A video posted to Twitter shows police officers making an arrest on W. 136th St. near Adam Clayton Powell Jr. Blvd just before 5 p.m. Tuesday when the young woman appears in the frame and confronts an officer identified by sources as Kendo Kinsey.

The woman slapped at Kinsey, who responded by walloping her in the head. She dropped backward to the pavement. Cops picked her up and arrested her.

“You just hit a little girl!” says one onlooker in the video. “You’re wilding, bro!”

Former NBA player Etan Thomas retweeted the video, saying, “He (the officer) has ZERO business being a police officer & should be fired immediately. (Eric Adams) do you have the moral courage to publicly condemn this?”

Rev. Al Sharpton was slated to hold a press conference on the incident on Wednesday afternoon.

In a statement, the NYPD said the officer’s actions were justified. Kinsey and other cops, the NYPD statement said, were arresting 22-year-old Elvin James, suspected in a case of attempted murder on Aug. 12. During the arrest, James was found with a loaded gun and drugs, the department said.

As police tried to arrest James, a crowd gathered and began yelling at the officers and assaulting them, according to the NYPD statements. One officer sustained a minor injury to his head.

That was when James’ girlfriend Tamani Crum, 19, allegedly accosted Kinsey, the NYPD said.

Crum was charged with assault on a cop, obstructing governmental administration and resisting arrest. Faith Harrell, 27, was also hit with those charges, along with menacing and harassment. A 26-year-old woman was given a summons for spitting at an officer.

Kinsey, the officer believed to have punch Crum, has nine substantiated civilian complaints against him filed between 2010 and 2020 , records show.