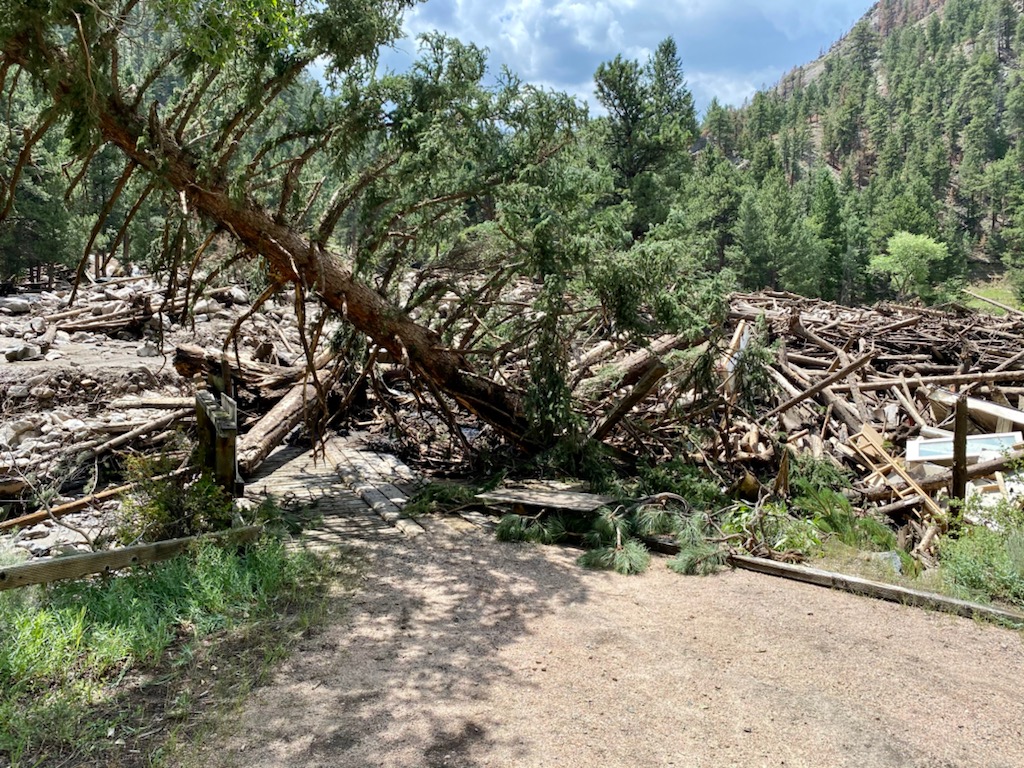 A woman and girl were killed Friday night when their camping trailer was swept away in a flash flood through a burn scar, the Larimer County Sheriff’s Office reported.

The two were found around 7:30 p.m. Friday after the sheriff’s office received multiple reports of flash flooding in the Glen Haven and Crystal Mountain areas west of Fort Collins. Callers said that a camping trailer had been washed away in the middle to upper Buckhorn Canyon area. The bodies were found after deputies were able to reach the area via Humvees and began searching on foot, a sheriff’s office news release said.

Their identities will be released by the Larimer County Coroner, pending family notification.

No one else was reported missing as of 10:30 a.m. Saturday, said David Moore, a Larimer County sheriff’s spokesman. There also was no indication that people were trapped outdoors as of Saturday morning.

The Larimer County Office of Emergency Management had crews in the area Saturday morning to assess the damage.

Weld 44H washed out and a roadblock is in place at the intersection with Weld 27, Moore said.

The flooding was reported just before 5 p.m. Friday, forcing evacuations and alerts urging people in the Buckhorn Canyon area to find higher ground. Buckhorn Creek as well as a number of smaller creeks and drainage ditches run through the area.

A home in the 700 block of Granite Road was destroyed but residents were unharmed, the news release stated. Other people have reported extensive water damage to homes, Moore said.

The flooding happened in the burn scar left by the 2020 Cameron Peak fire, which destroyed more than 208,000 acres.

In July 2021, four people from one family were killed while on vacation when flood waters roared through Poudre Canyon and swept their family cabin away.