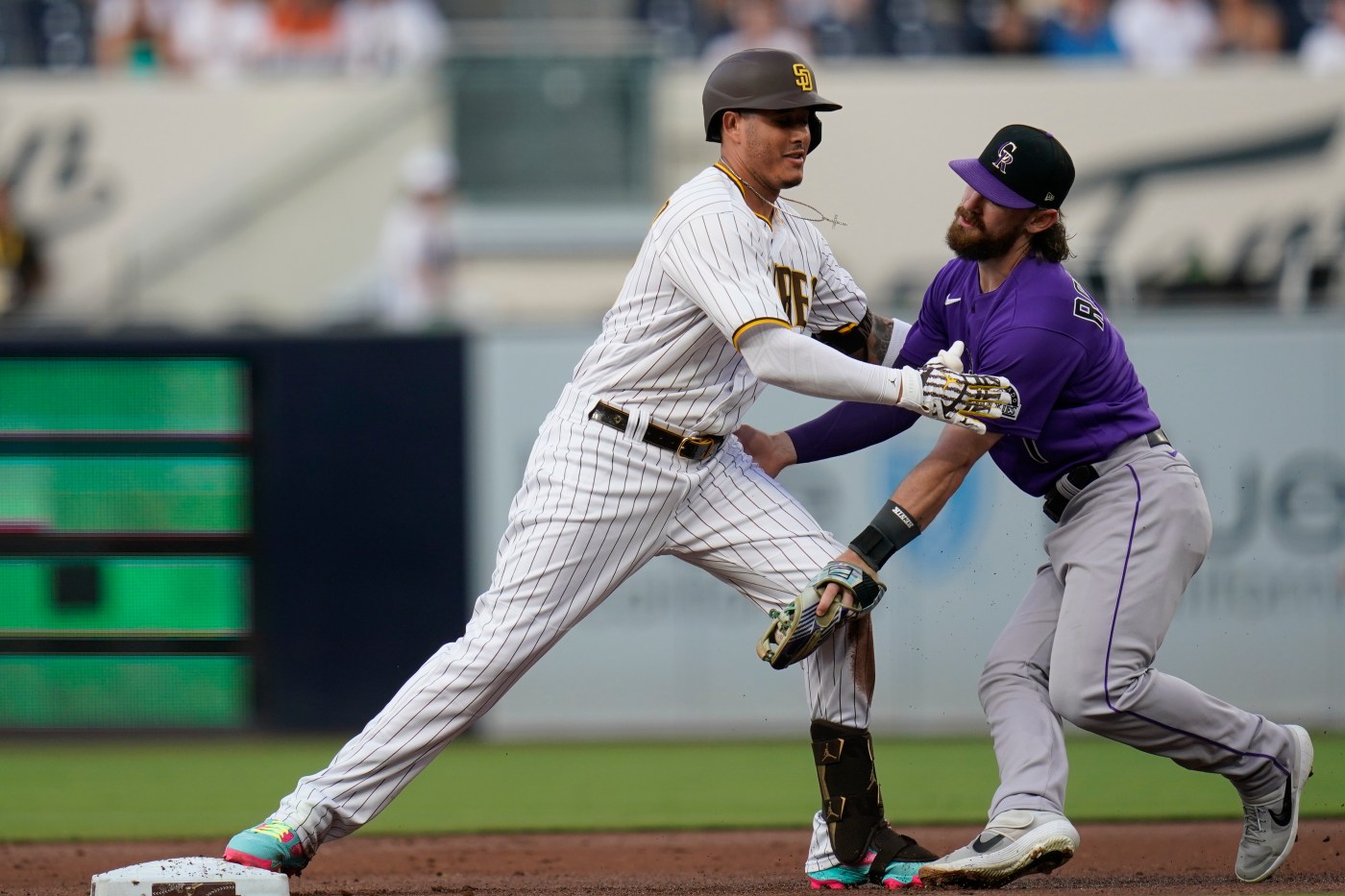 The Rockies, who not long ago had visions of making a run toward .500 as Tuesday’s trade deadline approached, are instead headed toward Antarctica.

In other words, they’re going south.

Monday night at Petco Park, they were one and done.

The Padres ambushed the Rockies and starter Antonio Senzatela for three runs in the first inning. “Senza” buckled down after that and pitched a fine game.

It didn’t matter. The Rockies’ road offense was mostly a no-show — again — and the Padres rode their first inning to a 4-1 victory.

Colorado hit no home runs, which is not a surprise. They have hit only 29 homers on the road, the fewest in the majors.

The Rockies are 3-8 since the All-Star break and with a 46-58 record fell 12 games under .500, matching their low-water mark of the season. The Padres (58-46) remain in the thick of the National League wild-card race.

San Diego left fielder Jurickson Profar led off the first with a homer to right-center on Senzatela’s second pitch of the game, a 1-0 fastball.

Then Manny Machado ripped a double to left, Jake Cronenworth walked and Luke Voit’s groundout to second baseman Brendan Rodgers advanced Machado to third. Rodgers had a chance for a possible double play — or at the very least a chance to get the runner at second — but Rodgers bobbled the ball and had to settle for the out at first.

Senzatela, who began mixing his pitches, cruised for his next five innings and finished the night allowing just five hits while striking out five. He did walk three, snapping a streak of having walked two or fewer batters in 28 consecutive starts dating back to July 1 of last season, the longest streak in franchise history.

The Padres tacked on a bonus run in the eighth on Trent Grisham’s one-out homer off reliever Carlos Estevez. The right-hander threw a 3-2, 98.5 mph fastball to Grisham — a good pitch — but Grisham powered it out to left-center for his 11th homer of the season.

Colorado’s lone run arrived in the sixth. Jose Iglesias led off with a double, moved to third on C.J. Cron’s single to right, and scored on Rodgers’ sacrifice fly to deep right field.

Tuesday, the Rockies and Padres play a scheduled doubleheader, part of a five-game series over four days at Petco.

Rockies manager Bud Black said Monday that he hadn’t decided yet whether Urena or Feltner will start in Game 1 of Tuesday’s doubleheader. Urena, so good in his first three starts with the Rockies, got shelled by the Dodgers on Thursday at Coors Field. With his command AWOL, he allowed 10 runs (seven earned) on eight hits and three walks while striking out two over three-plus innings. He gave up multiple runs in each of the first two innings and then failed to record an out and put four runners aboard in the fourth before Austin Gomber was brought in to relieve him.

Feltner has been up and down between Triple-A and the big leagues all season. He pitched 3 1/3 scoreless innings of relief against the Dodgers on Friday, giving up three hits and two walks while fanning two. The rookie right-hander is 1-3 with a 6.15 ERA in seven starts this season.

At issue: The Rockies’ 72 errors were the second-most in the majors behind the Pirates, entering Monday night’s game. Colorado was 30-28 this season when committing no errors, 15-34 when making at least one error and 3-16 when committing two or more errors.