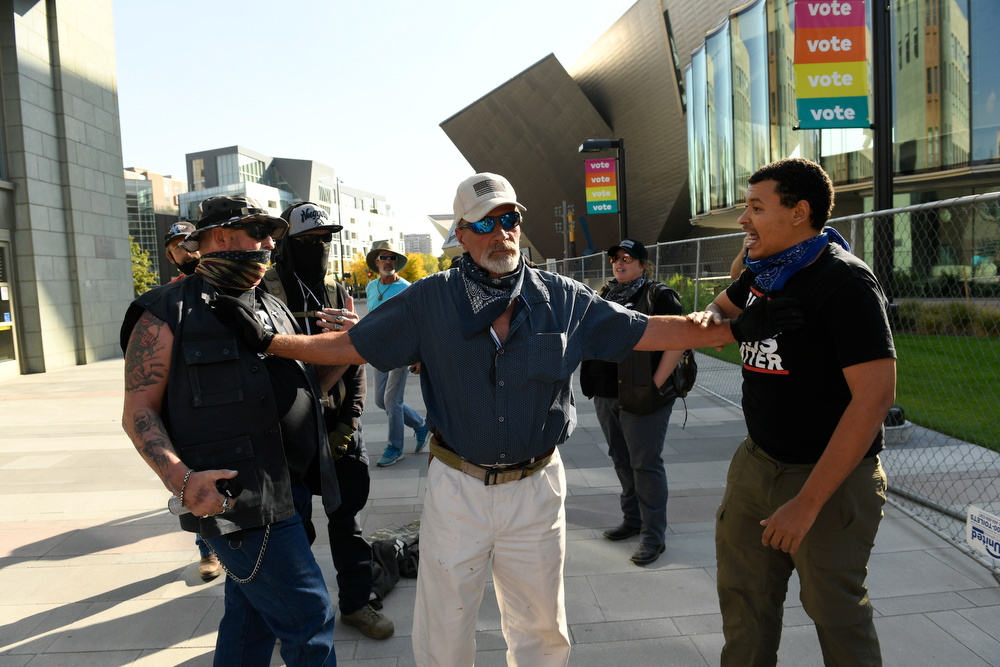 A witness to the fatal shooting by an unlicensed security guard working for 9News at a 2020 political rally in Denver is suing the television station along with the contracted security firms, citing his ongoing emotional and physical distress nearly two years later.

Plaintiff Steven Wright, a friend of victim Lee Keltner, said in the lawsuit filed last month in Weld County District Court that he was feet away from Keltner when he was shot and killed by security guard Matthew Dolloff in October 2020 following an altercation.

In the lawsuit, Wright’s attorneys from the Greenwood Village-based Dan Caplis law firm argue 9News and the security firms Pinkerton and Isborn Security Services negligently and recklessly hired Dollof to perform security services considering Dollof was not licensed in Denver and was not authorized by the police chief to carry a firearm during the performance of security services.

A representative from 9News declined to comment on the lawsuit Friday. Pinkerton and Isborn Security Services could not be reached.

As a result of witnessing the shooting, the lawsuit said Wright suffers from “continued emotional disturbance” and physical distress including disturbed sleep, nightmares, intrusive memories of the shooting, diminished appetite, decreased energy, anxiety in crowds of people, hypervigilance and symptoms of post-traumatic stress disorder.

Dolloff, 32, shot and killed Keltner, 49, on Oct. 10, 2020, after Keltner yelled at the 9News journalist Dolloff had been hired to protect while covering opposing political rallies in Denver’s Civic Center.

Photos taken by The Denver Post show Keltner slapped Dolloff in the face while holding a can of bear spray. Dolloff drew a handgun he had concealed in his waistband and Keltner raised his bear spray. Dolloff shot Keltner as Keltner sprayed the bear repellant at Dolloff.

Prosecutors charged Dolloff with second-degree murder five days after the shooting but decided in March to drop the charge.

Denver District Attorney Beth McCann said her office did not believe it could prove beyond a reasonable doubt that Dolloff wasn’t reasonably acting in self-defense when he shot and killed Keltner, citing Keltner’s “very threatening” actions before the shooting.

Isborn Security Services surrendered its license to provide security in Denver in December 2020. Denver officials revoked Pinkerton’s license to operate as a security guard provider in the city in June of 2021 but reinstated it a year later, citing a semantics argument.