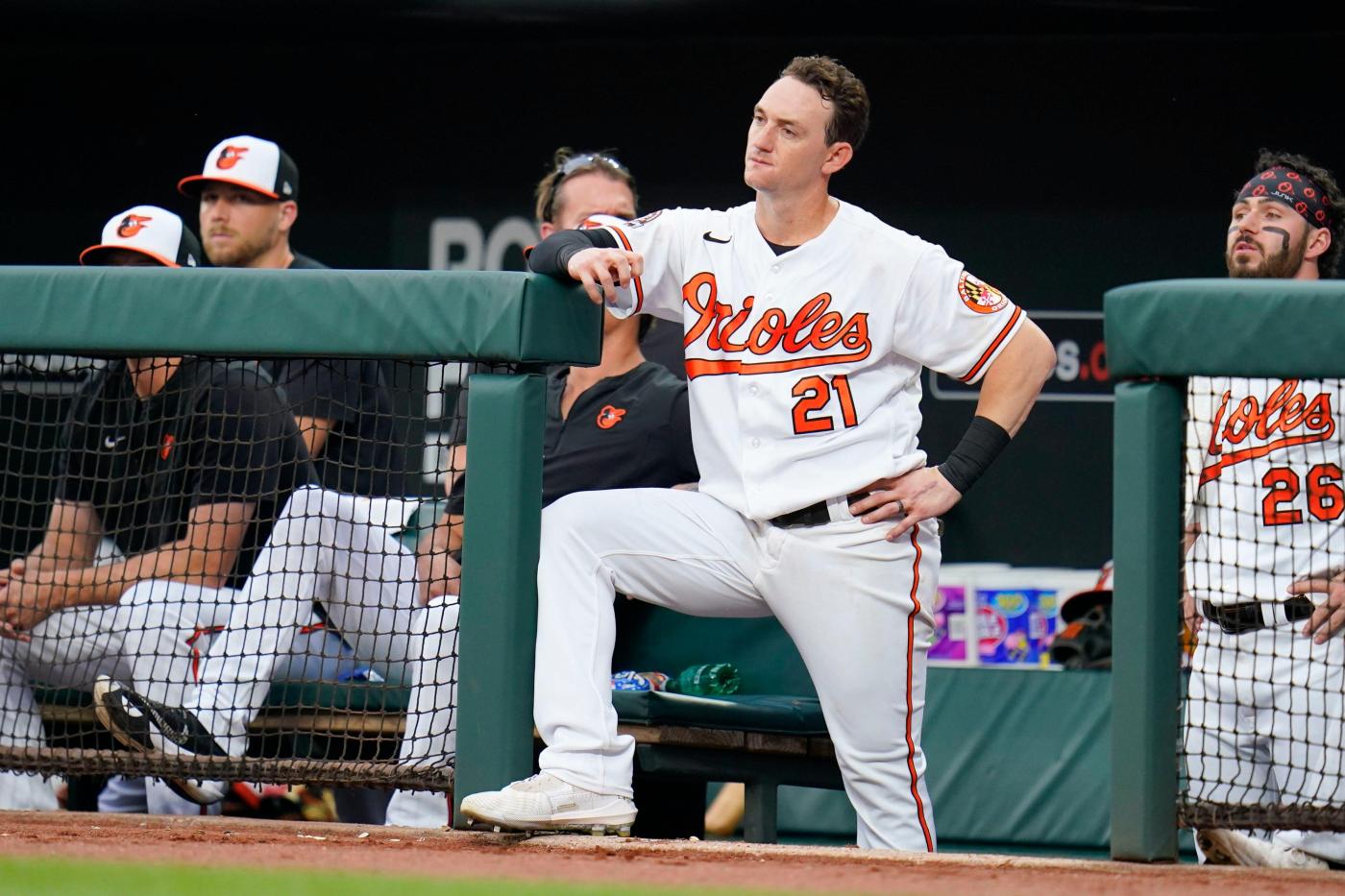 For all the balls Austin Hays has hit into gloves of late, the sight of a fluttering blooper falling between defenders in shallow right field for an RBI double Tuesday was a relief for the Orioles outfielder.

The ball had an expected batting average of .120, according to Statcast, yet it produced the go-ahead run for the Orioles in a 4-3 series-opening win against the Washington Nationals.

“I was glad to see it hit some grass,” Hays said.

That hasn’t been the case for Hays across the second half of the season. He exploded before the All-Star break, became the sixth Oriole to hit for the cycle and seemed poised to continue that breakout performance deep into summer and early fall.

Instead, after his cycle on June 22, Hays entered Sunday with a .197 average and .575 OPS. His power numbers are down, his groundballs up and his search for a solution ongoing. After June 22, Hays’ hard-hit percentage has fallen about 10 percentage points. His groundball and popup rates have risen.

Hays is a streaky hitter who seeks to replicate his mechanics. As he watches video from the second half, he notices how they’ve wavered, getting out in front of pitches when he should be driving them. It’s that area in which Hays hopes to improve most, and with four hits in his last two games, perhaps he’s found his way again.

It’s easier said than done. As manager Brandon Hyde watched Hays recently, he noticed how Hays has a tendency to chase more — of the pitches he sees out of the zone, Hays is swinging at a career-high 37% of them.

Hyde said Hays is “really jumpy right now,” and “more lungey than normal.” It’s part of a stretch that includes four multi-hit games in his previous 29 games entering Sunday. Then on Sunday, in a 1-0 loss against the Boston Red Sox, he managed two hits. Hays added a pair Tuesday, too, with that bloop double and a sharp single to left.

When Hays looks back on last season, his first-pitch swing and meatball swinging numbers are too low for his liking. He’s risen both this season, with a career-high 37.2% first-pitch swings. He’s not taking as many middle-middle pitches, either.

“If I’m getting a meatball, which is in the middle part of the zone, if I’m getting that meatball in the first pitch of the at-bat, that’s a good one to hit, and that’s going to result in hard contact,” Hays said. “So for me, just focusing on, if the game allows it, swinging at that first pitch.”

The results haven’t followed in earnest. But last week, Hyde wondered aloud how a bloop to right field that lands might be all Hays needs to get going again.

That bloop double came Tuesday, a potential sign that Hays could be breaking out of his slump — and be getting some much-needed luck. For a player who has lost his feel at random moments, he’ll take a soft hit now and again.

“Just for whatever reason, it seems to show up every now and again,” Hays said. “It’s baseball. If you knew why, it would never happen. It is what it is.”