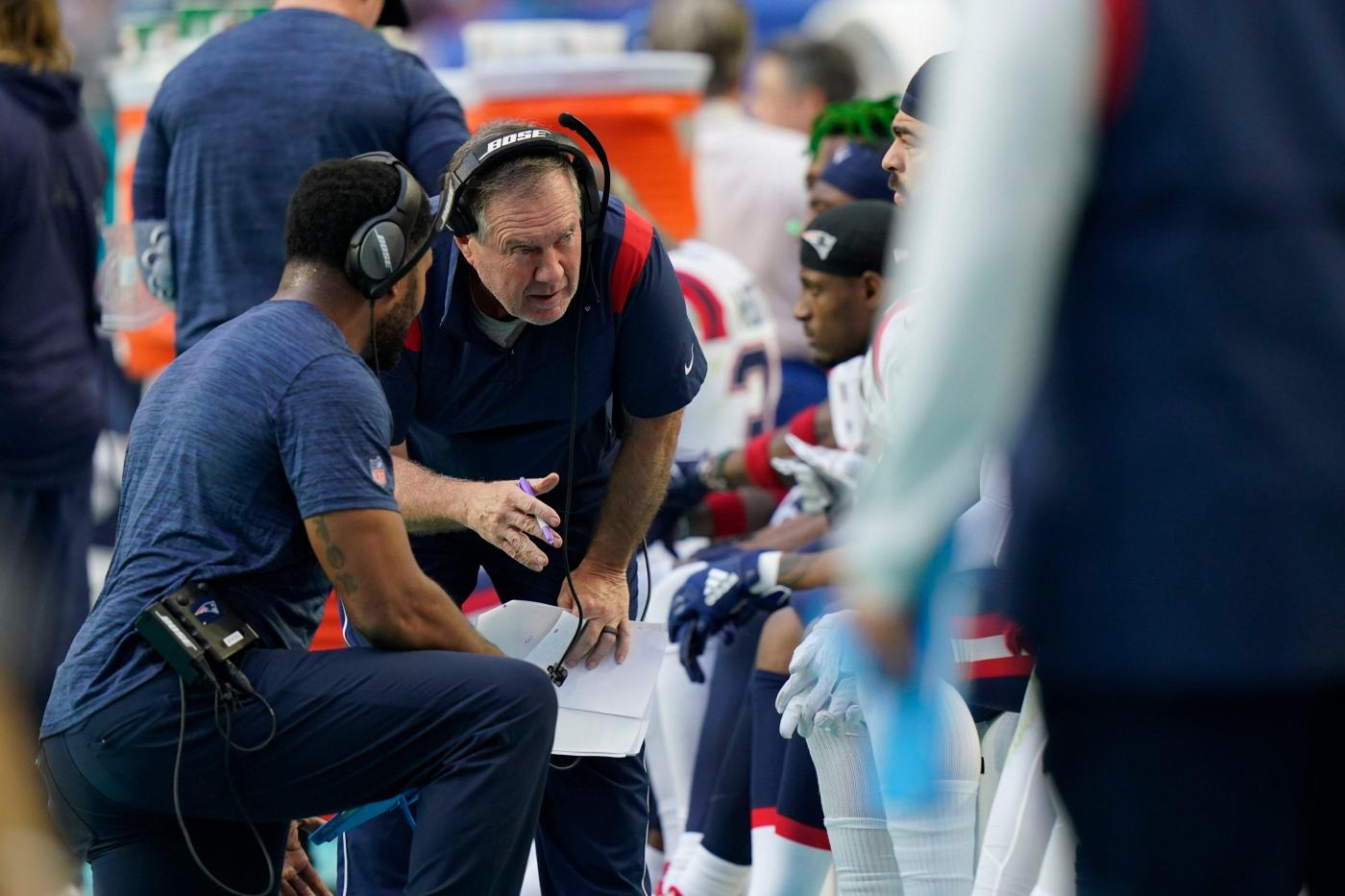 With all the talk of the Dolphins’ thin cornerback issues, the South Florida heat and the strategic matchup conspire to make sense of defensive coordinator Josh Boyer’s idea that New England will come in running the ball.

The Dolphins’ defense was run over by Tennessee last January for 198 rushing yards and has basically the same personnel. A year older and wiser? But running the ball effectively has the chance to shorten the game – something visitors should want to do in the sub-tropical heat (even ones that spent the past week here like New England).

The Patriots ran for 125 and 134 yards in the two meetings against the Dolphins last year. That’s in line with their No. 8 ranking at 126.5 yards a game last season and have virtually everyone back – with a twist.

They’ve changed everything from offensive coordinators to blocking schemes, where they’ll use the outside-blocking scheme just like the Dolphins are. That’s unfortunate in the manner these teams’ similar opponents will be accustomed to the blocking same pretty quickly. The scheme began to be used in the NFL with Dolphins coach Mike McDaniel’s mentor, Mike Shanahan, in Denver. The idea is lineman block areas, not just a man, as defenses increasingly moved people. You’ll see it a lot Sunday.

2. Patriots receiver Devante Parker gets a shot at his former Dolphins team on Sunday and expectedly said this week, “I just look at it like another game. I just have to come out and play hard like any other game.” Anyone buying that? You should understand why the Dolphins traded Parker (for a 2022 first-round pick and 2023 third-round pick). He missed significant practice and some games in 2016, 2020 and 2021, primarily with hamstring issues. He played 10 of 17 games last year. The larger part is he had the least separation of any receiver in the league for the past two seasons. But Belichick had to game-plan against him for year and obviously likes him. The one play that Parker excelled at was the jump ball, as he and Ryan Fitzpatrick showed. Expect the Patriots to try that with 6-3, 218-pound Parker having a good size advantage on Dolphins cornerbacks.

3. Five stats the Dolphins should improve on under Mike McDaniel’s offense and the upgrade of talent:

4. There’s no home-field advantage in sports bigger than a 1 p.m. game in September. I’ve said this before. You don’t need to go back to the Bob Kuechenberg said, “We knew the heat might kill us, but we knew it would kill them.” You don’t need to know the San Francisco 49ers landed in Denver after playing in Miami in 1973 to get more IV’s, Green Bay’s Don Majkowski lost a game-sealing fumble in 1991 because, “My hands were really just perspiring.”

“I’ve been ahead by 14 points in the fourth quarter, and my guys were gassed and [the Dolphins] came back and won it,” former Jets coach Rex Ryan said last year on ESPN.

That’s why Bill Belichick moved his team to Palm Beach County for this week’s practices. Will it matter? Every bit plays a part.

5. You should understand why the Dolphins are favored Sunday. But 3 1/2 points seems a bit much and plays into the optimism around the Dolphins team – and pessimism around the Patriots. Maybe I’m too scarred by the Patriots over the years, but the pessimism seems overdone. They aren’t a great team. But they went 10-7 and made the playoffs with a rookie quarterback last year. They didn’t add much, and lost top cornerback J.C. Jackson and offensive coordinator Josh McDaniels. It’s uncertain just where their offense is considering an odd scheme where Bill Belichick wasn’t saying who would call plays (sound familiar to the 2021 Dolphins?). But one thing you know: Belichick’s teams improve over a season. While there’s no one to scare you on their offense, the defensive front seven is a strong. They aren’t the dynasty they once were. But they aren’t pushovers, either.

6. This won’t exactly be a matchup of young teams, a bit of a surprise considering their young quarterbacks and lack of playoff success. According to bookie.com, the Patriots are the fifth oldest team in the league at an average 27 years, one month and 22 days. The Dolphins are the seventh oldest at 26 yards, nine months and 27 days.

7. Regarding running games, the Patriots’ backs might have some motivation this opener against the Dolphins considering last year’s opener in Foxborough. First, Rhamondre Stevenson fumbled his first NFL carry, the Dolphins recovered and Stevenson was benched until the fifth game. Then, with the Patriots driving for a winning field goal, Damien Harris had the ball stripped by Xavien Howard at the Dolphins’ 9-yard line to win the game for Miami.

8. Can Buffalo be the best pick for the Super Bowl and over-valued? Seems that way. I picked Buffalo for the Super Bowl out of the AFC and their opening win against the Los Angeles Rams showed why. But everyone’s picking the Bills this year – and the AFC is stacked with tough teams. Let’s not pretend they’re this proven force. First, Sean McDermott has to prove he can manage a game as the last 13 seconds in their AFC Championship loss to Kansas City showed. But let’s remember they had the same benefit last year that the Dolphins had: They played a lot of back-up quarterbacks, especially in the last half of the year. So while they’re mine and plenty of others’ pick to go to the Super Bowl, better teams haven’t matched preseason expectations.

9. Preseason prediction: Dolphins go 9-8 and slip into the playoffs in a tough AFC. If they come out 2-2 of this opening stretch, they should make it easy. Lots of teams will knock each other out – especially in the AFC West.