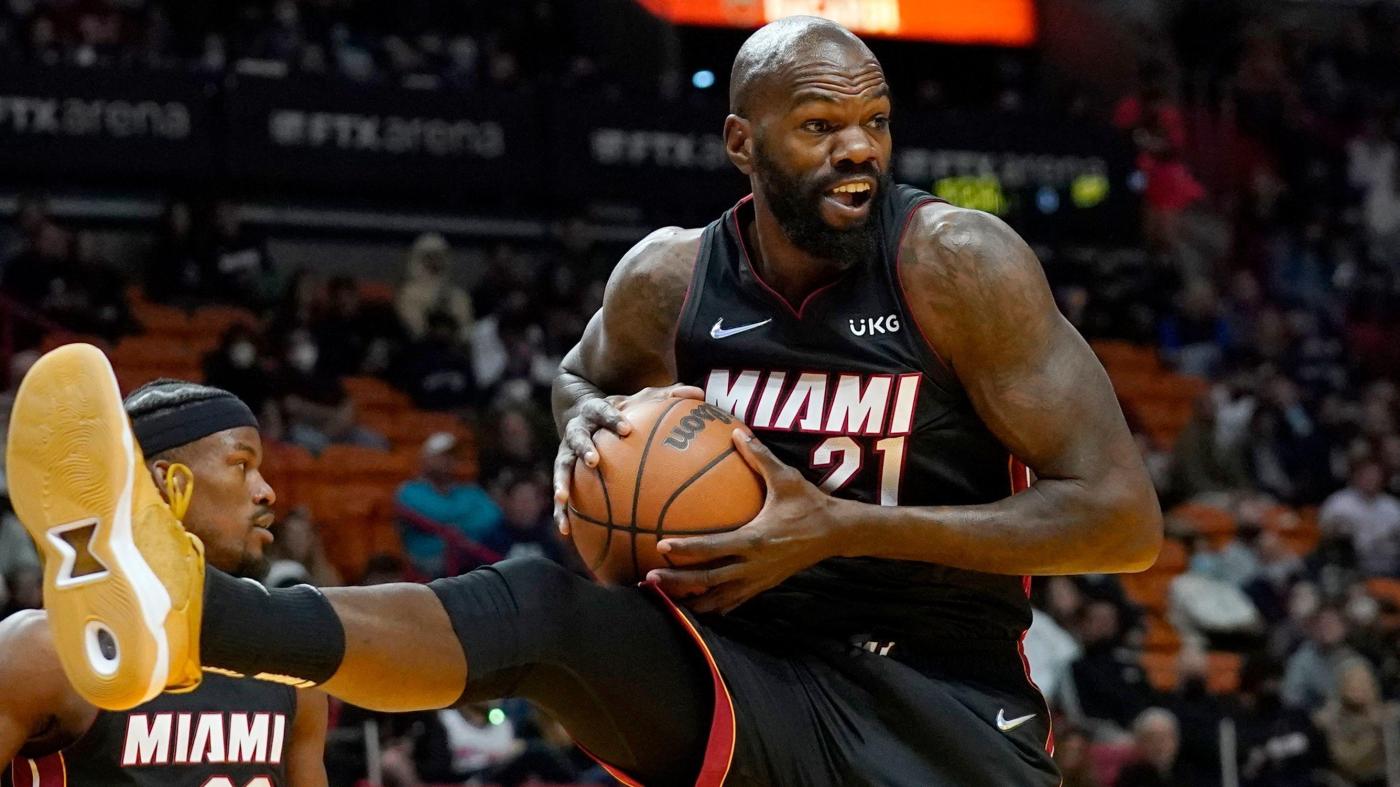 Q: With the Heat drafting Nikola Jovic, and now adding Orlando Robinson to their summer-league team, and with Omer Yurtseven surely coming back, do you think we have seen the last of Dewayne Dedmond? – Joel.

A: Even though all play the same position, I’m not sure the situations are related. First, Orlando Robinson remains nothing more than an Exhibit 10 addition at this point, nothing more assured than a summer-league spot, and perhaps camp invitation. Nikola Jovic is young and raw, hardly positioned to step in if a starter is sidelined. So basically the Dewayne Dedmon situation could come down to the degree of trust in Omer. This could be a case where the Heat use the Udonis Haslem roster spot for the security of Dedmon on the roster. Remember, Dedmon is a free agent, so there also could be outside interest, with teams assuredly willing to offer at least a minimum contract in his direction. He is coming off consecutive quality seasons as a traditional backup center.

Q: If the Heat can pry someone like Harrison Barnes free, they’ll be fighting for the championship again. – Juan.

A: Which must mean you believe they are close, which they certainly seem to be. I’m not saying if it is Harrison Barnes, but an additional versatile wing scorer could help – unless there is confidence of Victor Oladipo returning, and returning to something close to his former All-Star self.

Q: In watching the Nets get swept in the playoffs, I noticed that 33-year-old Kevin Durant looked to be on the steep decline. Why is he the dream trade target? – Brian.

A: Because he remains one of the NBA’s elite players, just as LeBron James at that age, still clearly capable of leading a team deep into the playoffs. But with the Nets having committed so much of their future draft to the Rockets in the James Harden trade, they also are in no position to rebuild. So the odds remain on Brooklyn trying to make things right with Durant.