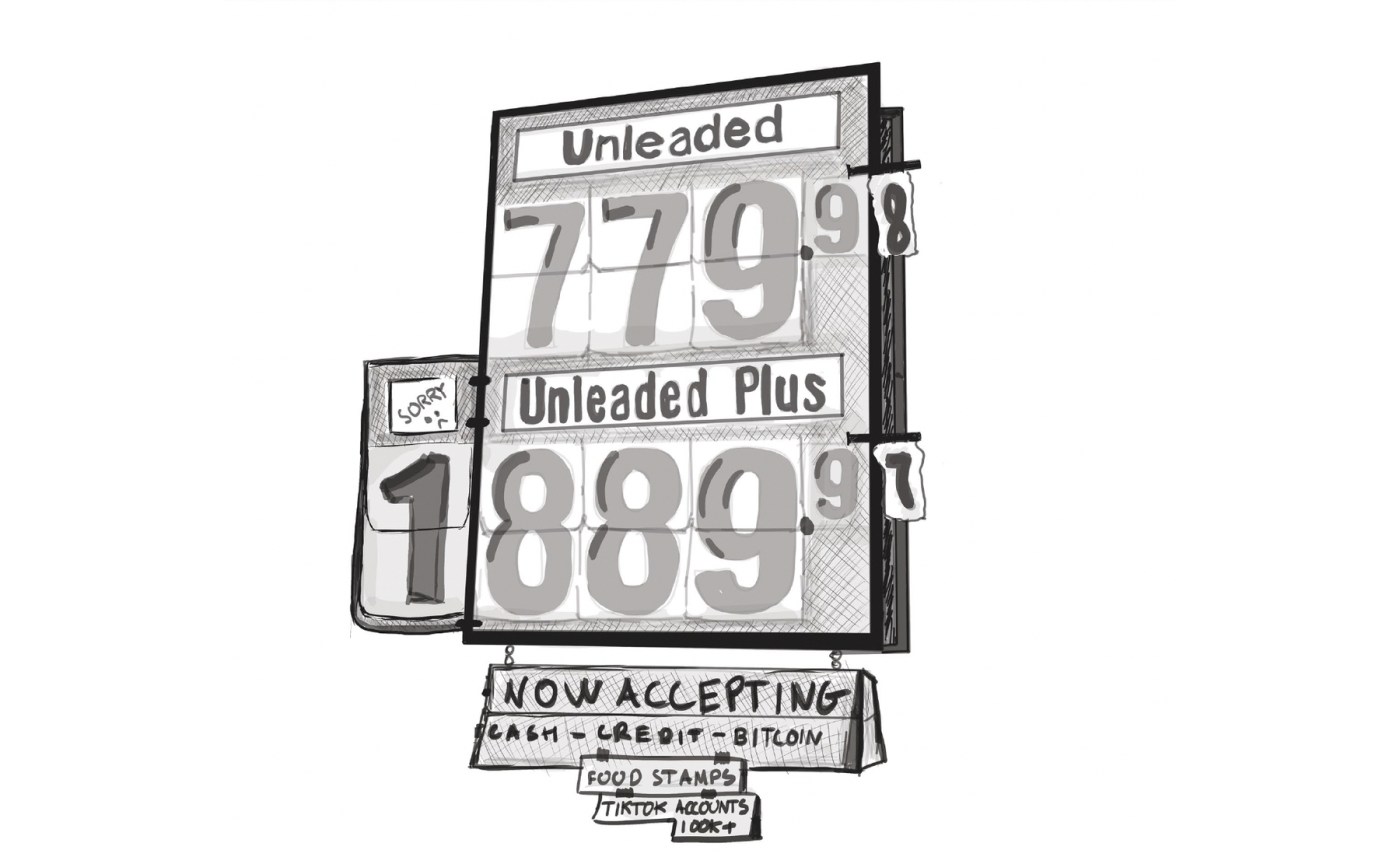 If control of the House of Representatives flips to the Republicans this fall, economist Jim Doti thinks he found the place driving the political change: the gas pump.

Chapman’s veteran economic forecaster was trying see what historic economic, demographic or voting patterns factors might provide numerical hints for November’s midterm elections where control of the House is at stake.

Doti’s formula suggests Republicans will gain control of the House by flipping 53 of the legislative body’s 435 seats to the GOP side of the political aisle in November. The flip isn’t terribly stunning considering the party controlling the White House lost on average 27 seats in midterms since World War II.

Political track records are by no measurement any fool-proof prognostications of future election results. But Doti was startled to discover this pivotal vote-changer that’s bad news for President Joe Biden and his Democrats: record-high gasoline prices.

“First of all, let me say that this was a big surprise to me,” Doti says.

Pain at the pump was not on Doti’s mind when he started the research with fellow Chapman professor Fadel Lawandy. He was betting big vote swings followed inflation — and in 2022 it’s running at 40-year highs.

But when the professors looked at voting patterns vs. traditional measures of the cost of living, such as the Consumer Price index, Doti said “I found nothing, even when you look at some of our high inflationary periods.”

So gasoline prices were input into his formula, and to the professors’ astonishment, fuel inflation was a significant political driver. The out-of-power party gained more House midterm seats when gasoline was pricier.

Equally noteworthy were the only two times the party in the White House grew its political base in the House at the midterms — Bill Clinton’s second term (1998) and George W. Bush’s first term (2002).

Gas prices were falling in both of those outlier periods.

So why is gasoline — a relatively modest expense for many Americans — such a political flash point? It’s the simplicity of the economic measurement.

“People every week fill the tank. They see these big prices,” Doti says. “It’s not like reading the CPI. Or reading the Wall Street Journal. It’s affecting their pocketbook, and they get it. They’re agitated.”

Biden’s unpopularity doesn’t help. Look at his low approval rate of 41% in May, according to Gallup. That compares to an average of 51% at the same moment for presidents since WWII. The Chapman formula says that adds up to nine more lost Democratic seats.

Yes, there’s decent economic growth — Biden’s 2.8% gross domestic product expansion is better than the 2.5% post-WWII average. But that earns Democrats only one seat by this math.

And a Republican winning Virginia’s governorship — an election that’s proven to be a leading indicator of political fortunes — translates to a six-seat House pickup for the Republicans, says the formula.

Then ponder gas prices — up 61% in a year vs. average hikes of 2.5% annually. That pump pain is worth 29 seats for the Republicans — laterally giving them the House if this Chapman forecast is correct.

You don’t need an economics doctorate to know if folks vote with their wallets, pump prices are an obvious winner for Republicans. And a psychology degree isn’t required to comprehend the emotional response gas prices can create — and voters often act with their hearts.

To me, though, what will be intriguing to watch is what voters think this fall about topics hard to quantify. The Supreme Court’s actions on reproductive rights or gun control. Or the hearings into the January 6 insurgency.

I’ll note 1974’s midterms when the Republicans controlled the White House and lost 48 House seats — the second-worst party’s worst midterm since World War II. By the way, the 50 seats lost in Dwight Eisenhower’s second term in 1958 was the GOP’s biggest drop.

Gas prices jumped 33% to 53 cents. Inflation ran at 11%. But Richard Nixon also resigned the presidency. Oh, and it was the first midterm election after the Supreme Court made abortion a right in every state in Roe vs. Wade.

Doti tells the tale of a recent visit to a Chapman graphic design class.

Students were assigned to draw a political cartoon. Doti was there to provide some economic background highlighting the nation’s inflation challenges.

And what was the theme of the graphic professor’s favorite cartoon from the assignment? A humorous sketch of a gas station where the price was artfully displayed at $18.89 a gallon.

“That brings home the fact people see it, it’s transparent,” Doti says of the fuel pump’s political power. “The analysis clearly shows gas prices affect how people vote in midterm elections — but not the overall trend in consumer prices.”

So my trusty spreadsheet was loaded with a U.S. price history that dates to 1953 from dqydj.com. Tracking the past 17 midterms with math far simpler that Doti’s analysis, one trend stood out as I eyeballed swings in “real” home prices in the 12 months preceding a midterms election — that’s value changes minus inflation.

There were six midterm years when “real” home values were depreciating.

So what happens when U.S. home prices are on the upswing in a midterm year?

It’s good news for the party in the White House — a loss of only 17 seats in the House, on average.

Jonathan Lansner is the business columnist for the Southern California News Group. He can be reached at jlansner@scng.com