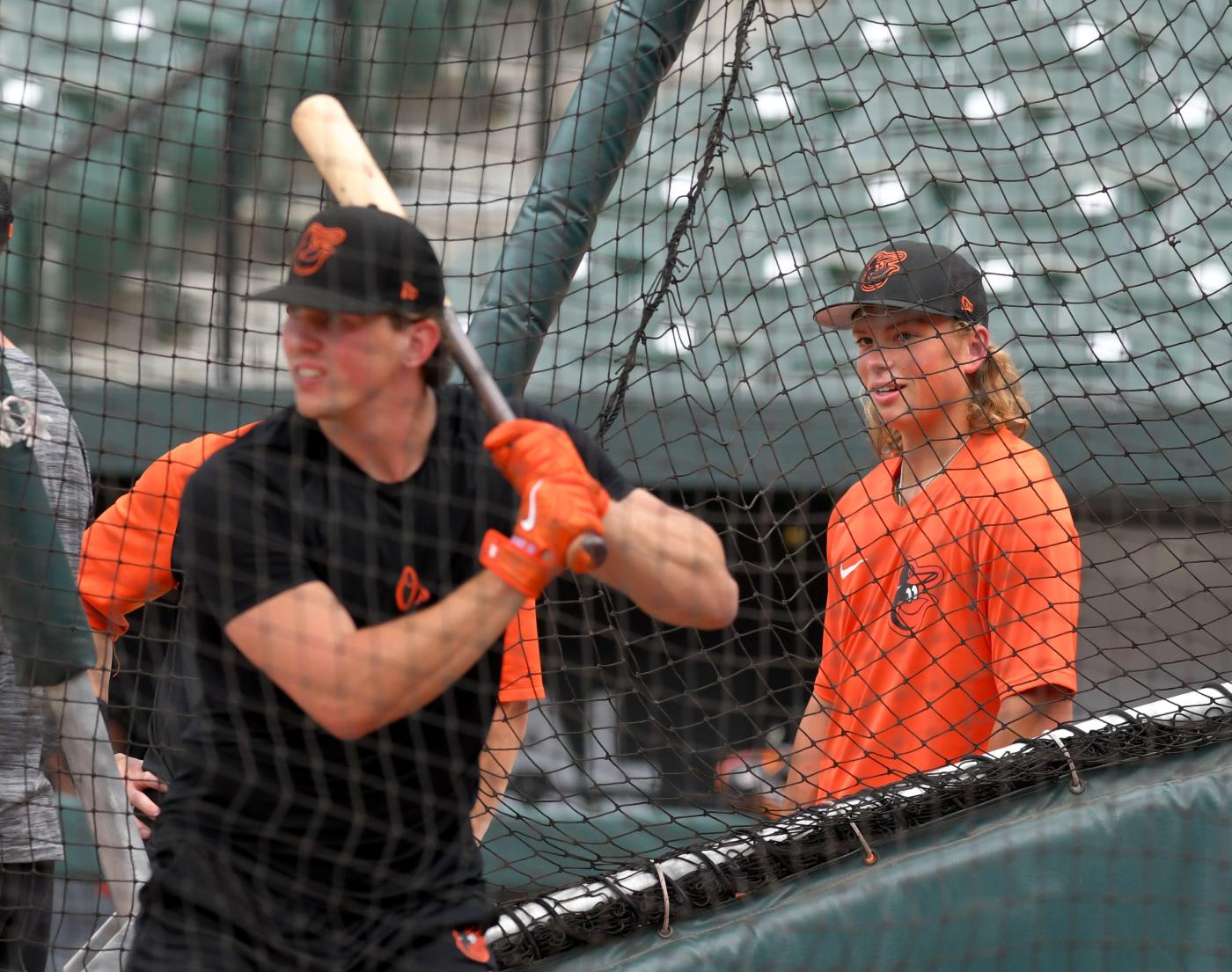 Jackson Holliday didn’t have anything in mind when it came to what he might do with the franchise-record $8.19 million signing bonus the Orioles provided him as the first overall pick in the Major League Baseball draft. His grandfather, too, was largely stumped, with both noting Jackson has a satisfactory truck. Only one item came to mind.

A longtime college coach who has spent the summer managing in the Cape Cod League, Tom Holliday said what Jackson wants more than anything is to begin his professional career, get on a baseball field and play. He’ll at last do so Thursday when he reports to the Orioles’ Florida complex a day after being introduced at Camden Yards, having not played in a game since his senior season at Oklahoma’s Stillwater High School ended in mid-May.

“The anticipation is over,” Tom Holliday told The Baltimore Sun. “And now, let’s deal with expectation.”

It will mark the first time 18-year-old Jackson is away from home, though Tom, like other Hollidays, noted he’s only a phone call away if Jackson decides he’s craving the family’s chicken parm recipe. Those circumstances might be among the greatest challenges Jackson faces on his path to return to Oriole Park.

Jackson is perhaps best equipped to handle the expectations bestowed on him of any player Tom has been around, he said, even if the pressures of being the first overall pick will long hover over his career.

His father, Matt, made seven All-Star teams in a 15-year career major league career, a period that largely served as an education in the game for Jackson. Tom recalled that when he would attend his younger son’s games and Jackson grew large enough to require his own seat, he would stay in one, studying what was happening on the field.

“He was just always inquisitive about the right stuff,” Tom said.

The Orioles, too, feel Jackson is prepared for the challenges in front of him. They chose him from a group of five highly regarded players, asking each how they felt they would handle the pressures of being No. 1.

“He basically said that it wasn’t really gonna faze him,” director of draft operations Brad Ciolek said. “He knows who he is as a person, and he’s gonna go out and do what he needs to do to be successful on and off the field. And that really kind of struck a chord with me because there’s a lot of players that we talked to maturity-wise, even in college ranks, that don’t have that kind of answer or outlook on things.”

Jackson carried that attitude even before he went through, as Ciolek put it, “the quantum leap” he experienced in strength and speed over his senior year to become considered for the top pick. As much as the tools, which executive vice president and general manager Mike Elias reiterated Jackson possesses all five of, the Orioles were impressed with his demeanor. Area scout Ken Guthrie often arrived at the field to watch Stillwater’s practices early, wanting to see Jackson’s routine before they were fully underway. Growing up, Jackson often had his uniform on two hours before he needed to be at the ballpark, Tom said.

“He just really handled himself like a big leaguer as an 18-year-old,” Guthrie said. “It just gives you the confidence to kind of go in there and have the faith enough to fight for that kid and say this is the guy that we should take.”

The selection marks the fifth No. 1 pick Elias has been involved with as an executive and ninth within the top five of the draft. He has frequently had conversations with players who are in the mix for these selections. Jackson’s poise and work ethic aligned with those of others he’s seen among that group.

“Every single player encounters bumps, and there’s going to be struggles, but we think that this is a player that is really kind of set in the right direction,” Elias said. “We just kind of hope we can keep him on the path that he’s already on.

“We’re very encouraged that he’s got the right head on his shoulders and the right direction in terms of maximizing his potential.”

Jackson admittedly does not face the pressures that enshrouded Elias’ previous first overall pick with the Orioles. Catcher Adley Rutschman was heralded as one of the top draftees in a generation when Baltimore grabbed him atop the 2019 draft, and throughout his rise up the farm system, he carried the expectations that he would arrive and lead the Orioles into contention.

With that upswing taking place in Rutschman’s first two months in the majors — the Orioles (49-49) enter Thursday four games out of a wild-card spot — Jackson will ideally arrive on a team already on a stretch of playoff runs, instead of being responsible for getting such a streak started. That doesn’t change that his climb will be scrutinized.

“It comes with some pressure, but luckily enough, I’ve got a good foundation in my family,” Jackson said. “I’m just going to handle it like I have everything and just play hard and work out and try to be the best player that I can be.”

That’s already proven to be a good one, with Holliday hitting .685 with a national-record 89 hits in his senior season. He took classes exclusively online, allowing him to spend his days working out and practicing with his father, an assistant at Oklahoma State, where Jackson was committed and Tom’s other son, Josh, leads the program. He launched himself up draft boards with the added strength, having gotten a firsthand look at other top prospects in a summer stint with Team USA.

“Every kind of little challenge that came along, he ate it up,” Tom said. “If I’ve ever seen a kid ready for it, it’s him.”

That’s largely a credit to Matt and his wife, Leslee, having experienced life in the majors and making sure to share with their children what they might be in for. Their second-oldest son, Ethan, is considered a potential top prospect for the 2025 MLB draft.

Scott Boras, whose agency represents Jackson and represented Matt and Josh during their playing careers, said Jackson having the “intimacy of greatness” in his life has him prepared for the challenges to come.

“It’s a rare library that the Holliday library gives Jackson,” Boras said. “I can tell you he’s read all the books.”

Perhaps a cookbook isn’t needed, after all. 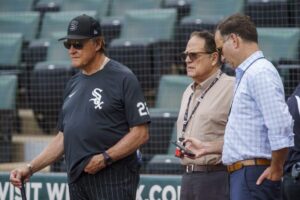