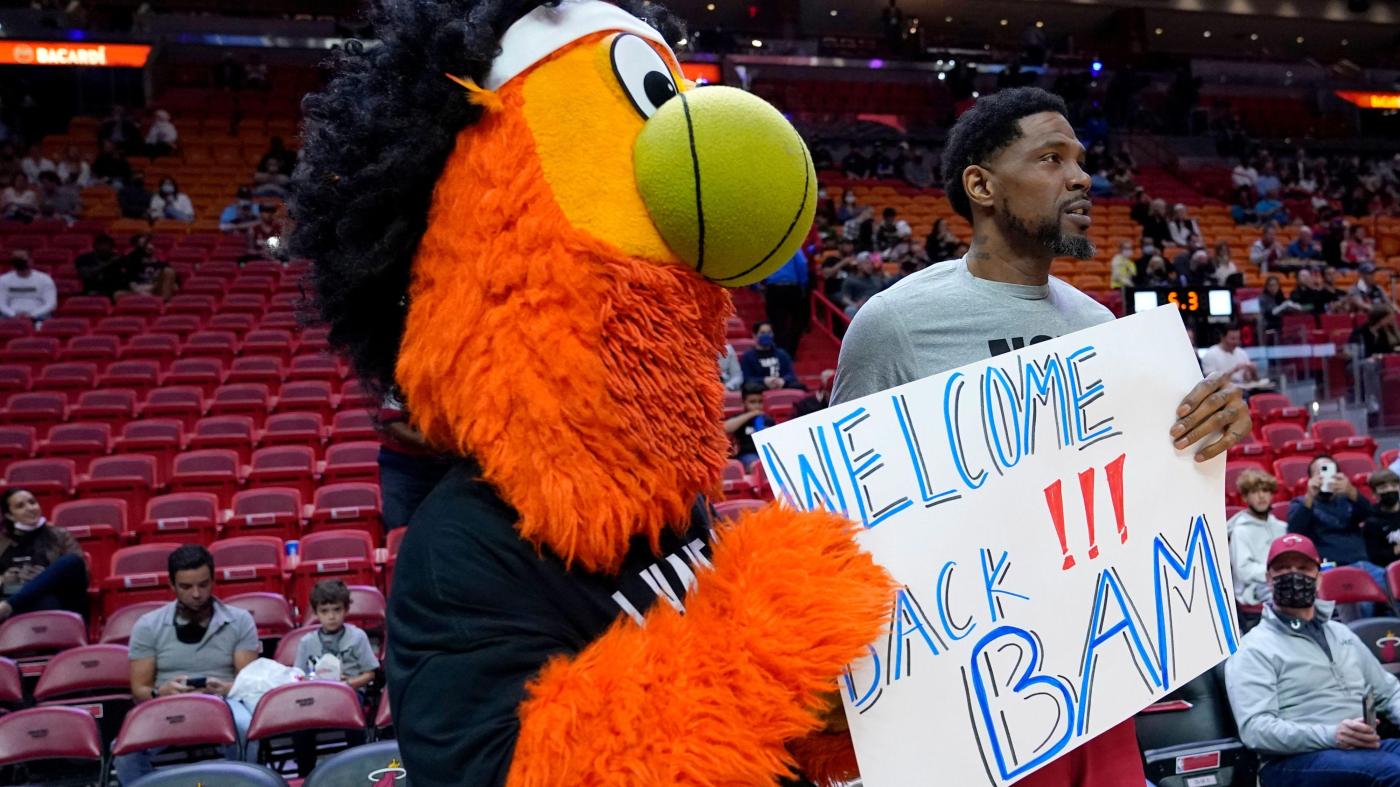 Q: Too bad Tom Brady isn’t on the Dolphins this season to join Udonis Haslem in bringing the fountain of youth to Miami. UD said this is his last year. Who gets the torch? — Stuart, Miami.

A: The twist there is that Bam Adebayo repeatedly has said that he wants to be the franchise’s next Heat lifer. That, of course, means keeping him off the trade table. But other than Adebayo, with all due respect to Tyler Herro, it doesn’t appear as if the Heat have another such emerging leader. As it is, Jimmy Butler would seem to be the heir apparent to Udonis Haslem’s captaincy. But Jimmy also is about to turn 33, and I doubt he has Haslem-like plans to play to 42.

Q: Great to hear that Udonis Haslem (Mr. 305) is coming back for his 20th season. In my opinion, UD epitomizes the true meaning of Heat Culture. – Greg, Jacksonville.

A: Actually, that somewhat sells Udonis Haslem short. He epitomizes professionalism, of which there may be no higher compliment for an athlete.

Q: One thing I noticed about this year’s schedule for the Heat is they have a few baseball-like series, with consecutive games against the same teams. I feel like while it certainly alleviates some of the travel for teams, it does dull out those games and create a fatigue or lack of interest from fans in those games. That and it’s really hard to win both those games no matter who you play. – Aaron, Miami.

A: I, too, am not a big fan from a fan’s perspective, but as I wrote in my Sunday column, if the reduced travel makes the league’s stars available more often, and therefore less likely to practice load management, then it might prove to be an acceptable tradeoff. But, yes, playing the Hornets in consecutive home games is not optimal.