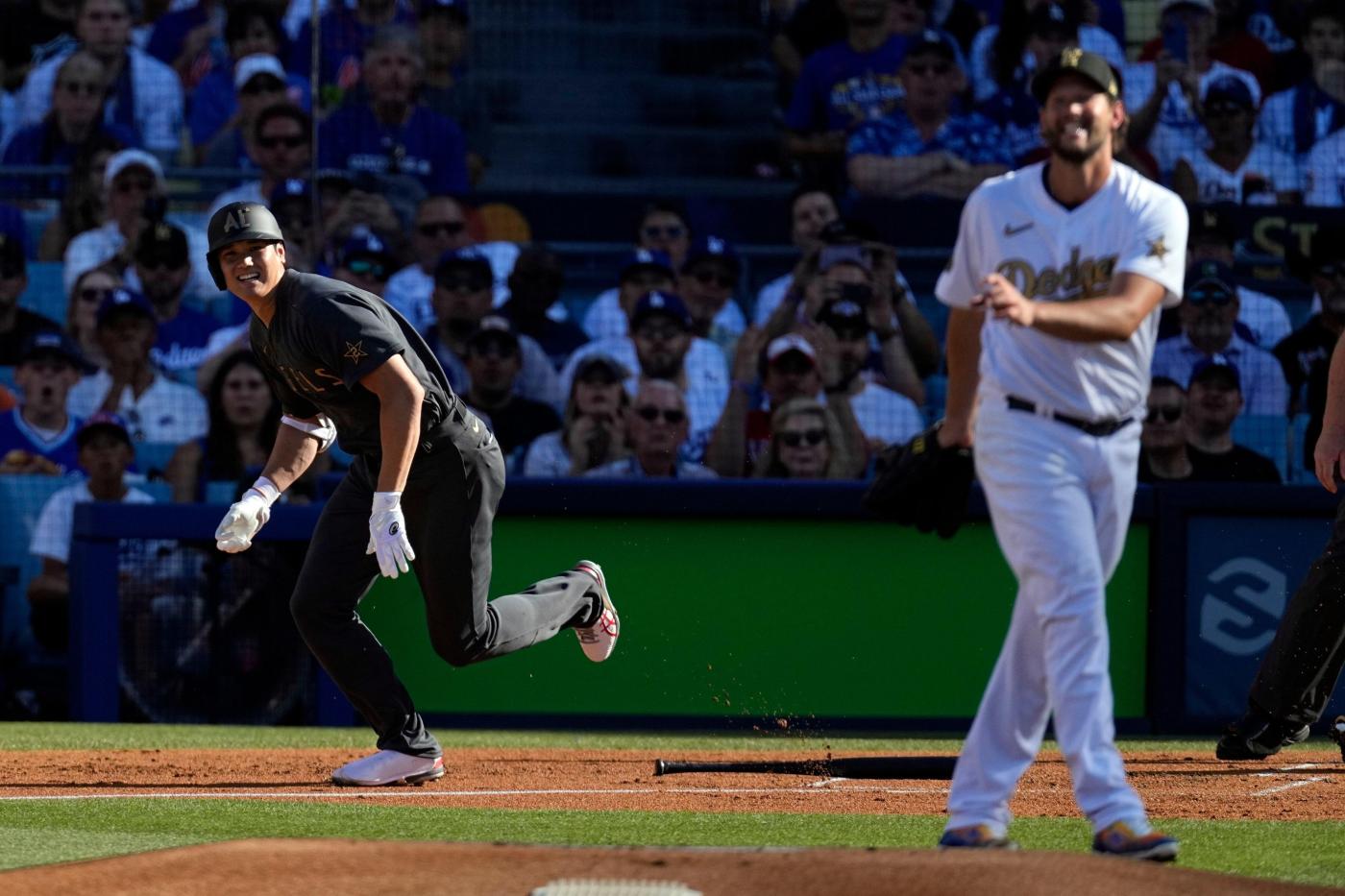 Monday at Dodger Stadium represented some of the best baseball has to offer.

The legacy of the game was honored with the presence and performance of St. Louis Cardinals great Albert Pujols during the Home Run Derby. And one of the current faces of the game, Washington Nationals outfielder Juan Soto, won the event by topping Seattle Mariners rookie Julio Rodríguez in the finals.

“To say we’re excited about where our young guys are, where our game is, our veteran players, what they’re accomplishing on the field, is an understatement,” Major League Baseball Players Association executive director Tony Clark said during a Q&A session with members of the Baseball Writers’ Association of America on Tuesday in downtown Los Angeles.

“I’m sure you can appreciate Albert Pujols, one of the greatest players that has ever played our game, being part of the festivities here in L.A. as well as some of the most talented young players that we have had in some time on the field at the same time.

“To say I’m excited where the game is, what our players are doing, is an understatement.”

Commissioner Rob Manfred said he was “really pleased with how the first half has gone.”

“We’ve had those milestones that are so important to our game,” said Manfred, who followed Clark in meeting with the BBWAA. “Miguel Cabrera particularly being in the middle of that (with his 3,000th career hit). Our best stars like (Los Angeles Angels two-way star Shohei) Ohtani continue to shine for the game.

“And it’s another year of the young player. That’s great for the game.”

Those accomplishments happened after a lockout delayed the season. As part of the agreement that ended the lockout, a competition committee was created that reportedly consists of six management officials, four union representatives and one umpire.

A pitch clock, enlarged bases and limits on defensive shifts are the focal points for consideration, Clark said.

“Every time you change something, it’s going to look slightly different,” Chicago White Sox closer Liam Hendriks told the Tribune before Tuesday’s All-Star Game at Dodger Stadium. “I dealt with the pitch clocks in the minor leagues. I think it’s something you can implement but not necessarily enforce.

“That is hopefully a decent indicator of the way things will go. You can put it up there but not necessarily enforce it. … Put it up and remind guys that they’re trying to. And it may be that reorganization that ‘I’m taking longer than I think.’

“As far as the bigger bases, it will be interesting to see who that benefits the most. Whether it be bang-bang plays that they’re out or stolen bases that they’re safe. Who knows?”

One topic not currently being discussed is an automated ball-strike system.

“We assume at some point in time it would become part of the conversation; it wouldn’t be for 2023,” Clark said. “It would perhaps be for 2024. But players have weighed in for some time and are very opinionated about the system. About what it may do, what it may not do.

“Guys are offering tangible evidence about what it’s doing and what it may do moving forward with the game and are taking positions accordingly.”

Some of the potential changes have been implemented and tested in the minors.

A separate topic of minor-league pay arose during Tuesday’s session with Manfred, who said, “I reject the premise that they’re not paid a living wage.”

That drew a response from Advocates for Minor Leaguers executive director Harry Marino, who said in a statement: “Most minor league baseball players work second jobs because their annual salaries are insufficient to make ends meet. The commissioner makes an annual salary of $17.5 million. His suggestion that minor league pay is acceptable is both callous and false.”

Manfred acknowledged that attendance is at “95% of where we were pre-pandemic.”

“We have work to do,” he said. “To be 95% of where we were in 2019 is not our goal. Our goal is to be higher than we were in 2019. We need to work hard on things like pricing, promotion to make sure we get as many people as possible in the ballpark.”

There might be new ballparks — and teams — on the horizon in the form of expansion.

“Growing the game, we are a big fan of,” Clark said. “Expansion, we would be a fan of. We’ve been having the expansion conversation it seems like for a long time now. Making sure that the team in Oakland and the team in Tampa are situated is important. We’re hopeful that during the course of this five-year window that those things are settled and we can find ourselves in a world of 32 teams.

“I’m a head of a labor union, so I like it when jobs are added. But what would be great, too, is if those teams that are added, that there is a commitment to fielding the best team possible so we’re not just adding teams. Where every fan can come to the ballpark every day of every year and believe that their club is putting its best foot forward.”

As for a timeline for expansion, Manfred said: “I need to get Oakland and Tampa resolved before we can realistically have a conversation about expansion. Those situations in my view are serious enough and timely enough, they have to be our No. 1 focus.”

The focus Tuesday night was on many of the game’s best players gathering at Dodger Stadium. The game began with Ohtani at the plate and three-time National League Cy Young Award winner Clayton Kershaw of the hometown Dodgers on the mound.

Change was even a possibility in the All-Star Game, with MLB announcing a home run derby would take place if the game is tied after nine innings.

But don’t expect to see that in the regular season anytime soon.

“I don’t see the derby-type format as something we can use beyond the All-Star Game,” Manfred said. “I think it’s something that could be exciting for the fans for a one-off event. I don’t see it as a regular-season undertaking.”

As for situations such as the current extra-innings format with a runner starting each half-inning on second base, Manfred said: “Visiting and revising rules should be an ongoing process in the competition committee. That’s why we’re so interested in the change we made in the basic agreement.”