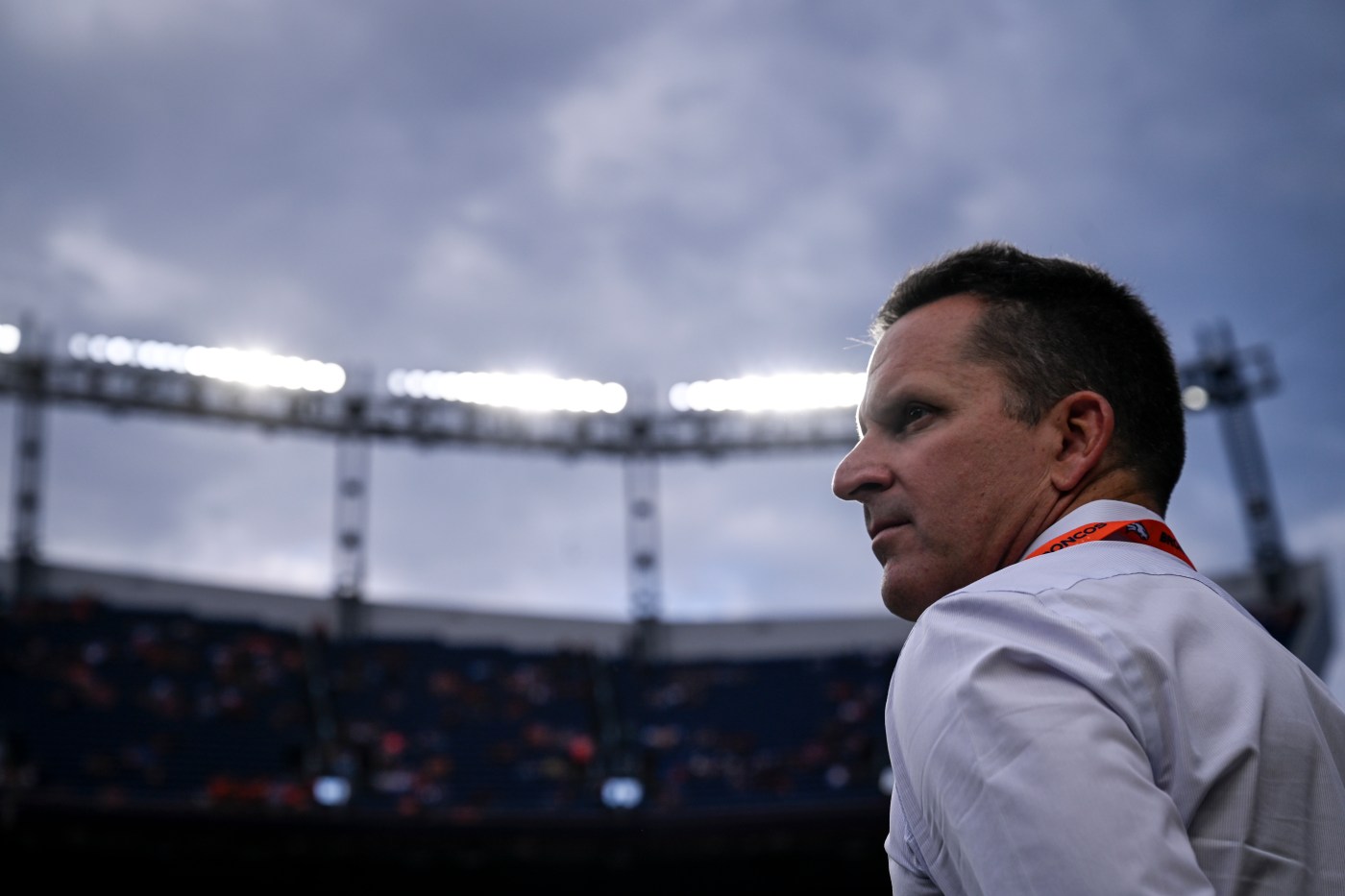 Instead, he got harmony.

“It’s hard to get offense, defense and special teams all on the same page and we were able to do that and make some really tough decisions,” Paton said. “We had more depth this year on our roster so there were a lot of conversations and a lot of collaboration.”

Among the tough decisions, according to Paton, were backup quarterback (Brett Rypien over Josh Johnson) and punter (Corliss Waitman over Sam Martin) and trading outside linebacker Malik Reed to the Pittsburgh Steelers.

The Broncos’ 53-man roster will hold their first practice Wednesday as anticipation for the Sept. 12 opener at Seattle ratchets up. Changes are expected once the Broncos place cornerback Michael Ojemudia and tight end Greg Dulcich on injured reserve and scour the waiver wire.

“I feel good with where we are as a football team,” Paton said. “I think we’re all eager to see this team. We see at in practice every day — these guys get after it. They like to compete. … Week 1, we face a really good opponent in Seattle and I think that’s the toughest place to play in the NFL.”

What’s the story: Rypien winning the No. 2 backup quarterback job over Johnson seemed unlikely … until he was announced as the victor. Johnson had the better passer rating (97.1 to 85.5) in the three preseason games and Rypien was slightly more accurate (67.7% to 66.0%).

Paton said: “It was really tough. Brett and Josh had a great competition and it came down to the final game. The body of work, both those guys did a lot of good things. I just think Ryp operated the offense, the way he moved the team — he did some really good things.”

Analysis: Russell Wilson has missed only two regular season games in 10 years so the Broncos are counting on him staying durable. But if he is injured, the Broncos are placing their faith in Rypien, who has one career start.

What’s the story: Another semi-shocker was Waitman winning the punting job over Martin. Paton said Martin’s salary had “nothing” to do with the move.

Paton said: “Another great competition. Two really good punters. Corliss is really talented. Big leg. Left-footed. We think he has unique ability with hang time and direction. We picked the best punter for us, the punter with the most upside.”

Analysis: Another dice-roll for the Broncos because Waitman’s regular season resume consists of two games and seven punts.

No preseason, no problem

What’s the story: The Broncos bailed on the preseason, sitting Wilson and nearly all of the starters on offense and defense.

Paton said: “Each team is different and a lot of teams are going in that direction (of not playing the starters). When you look at our team, we have a quarterback who’s played in the league 10 years and I know he’s in a new offense, but it’s similar to what he’s run. And then we brought back a lot of defensive players with a similar scheme. I think it’s important for them to be fresh for this 17-game journey they’re about to embark on. I was completely on board with Coach (Nathaniel) Hackett.”

Analysis: Let’s face it — when the Broncos saw at Seattle and home to Houston in Weeks 1-2, they wouldn’t have been blamed for thinking no preseason action will have no impact as the favored team. But if they lose to the Seahawks and look sluggish/sloppy doing so? Whooboy.

What’s the story: The Broncos kept six cornerbacks and will have five on the active roster after placing Ojemudia (elbow) on injured reserve. The top three are Pat Surtain II, Ronald Darby and K’Waun Williams, followed by Essang Bassey and rookie Damarri Mathis.

Paton said: “I feel good (about cornerback). We have a good mix of veteran and younger players. (Darby) and K’Waun are the veterans and Pat is a second-year vet and you have this young, really talented kid in Damarri and he’s ready to go if he has to play and then you have (Bassey), who can play inside and outside. We’ll see what we find on the wire. We’re always looking.”

Analysis: This position group should be a concern. Darby has missed 26 games in the last five seasons and Williams has never played every regular season game in a season. Problem is, every team is looking for cornerback help so the Broncos may be forced to go with what they have.

What’s the story: The Broncos have three right tackles on the initial roster — Billy Turner, Calvin Anderson and Cam Fleming. Turner was signed to be the presumptive starter, but offseason knee surgery kept him out all of camp save for a handful of team snaps last week.

Paton said: “I’m encouraged with Billy and the strides he’s taken the last couple weeks. I do think he has a good chance to be ready (for Week 1). I know he wants to play. If not, we feel good about our depth.”

Analysis: The only rub about the Broncos’ draft was not taking a right tackle and that bill may come due. It’s a big ask for Turner to be ready for 70 snaps of work at Seattle and Anderson obviously didn’t supply enough good practice and game tape because he was rotating last week in practice with Fleming and then started the Minnesota game at left tackle.