The six tech giants have lost a combined $4 trillion in market cap since their respective peaks. The entire S&P 500 was ~$12 trillion just a decade ago. 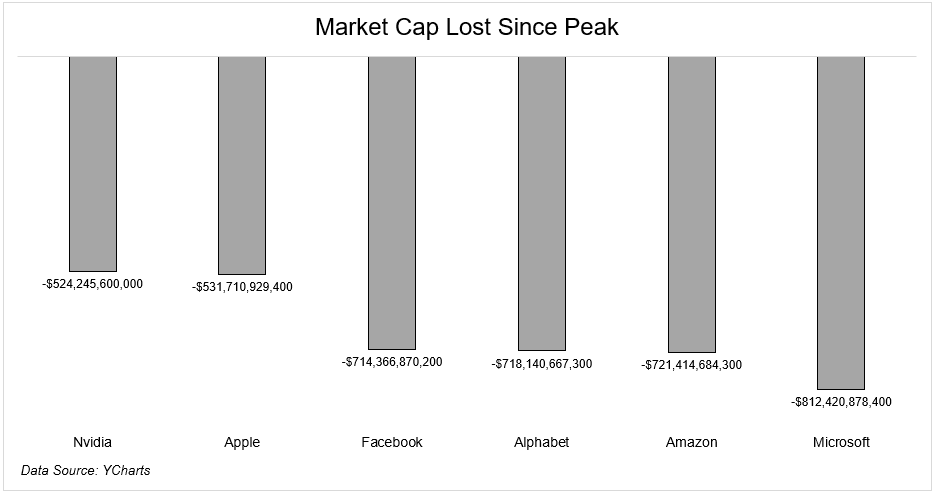 If the leaders are falling, you know the rest of the bunch already got washed out. Indeed, only 8% of the Nasdaq-100 is above the 200-day moving average. 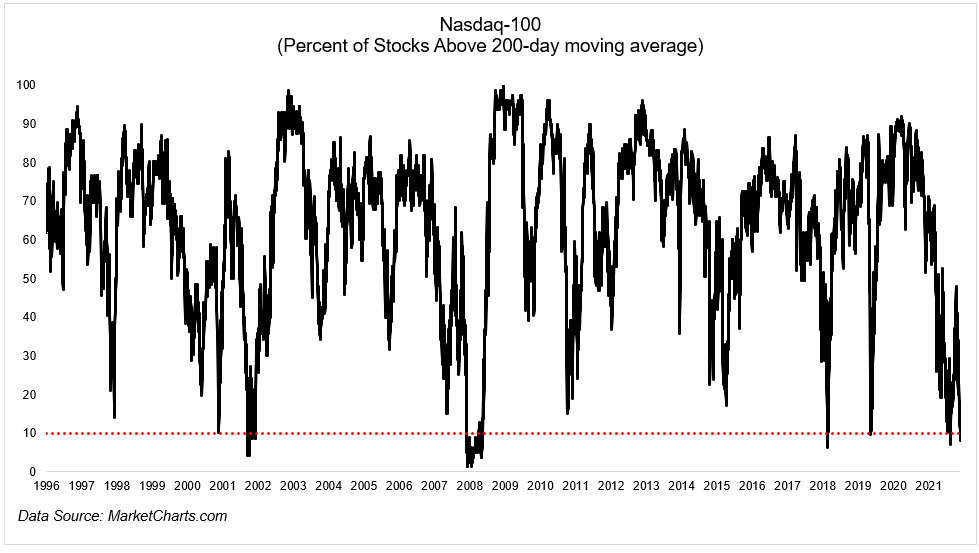 Using extremes in a bear market as a contrarian buy indicator is unreliable in the short term. What looks like a washout might look placid compared to the potential typhoon behind it. But if you can hang on to the wave, to beat this analogy to death, you will likely be rewarded in due time. Going back to 1996, when less than 10% of Nasdaq stocks are above their 200-day moving average, there was never a negative return one year later. The average return one year later was 35%! 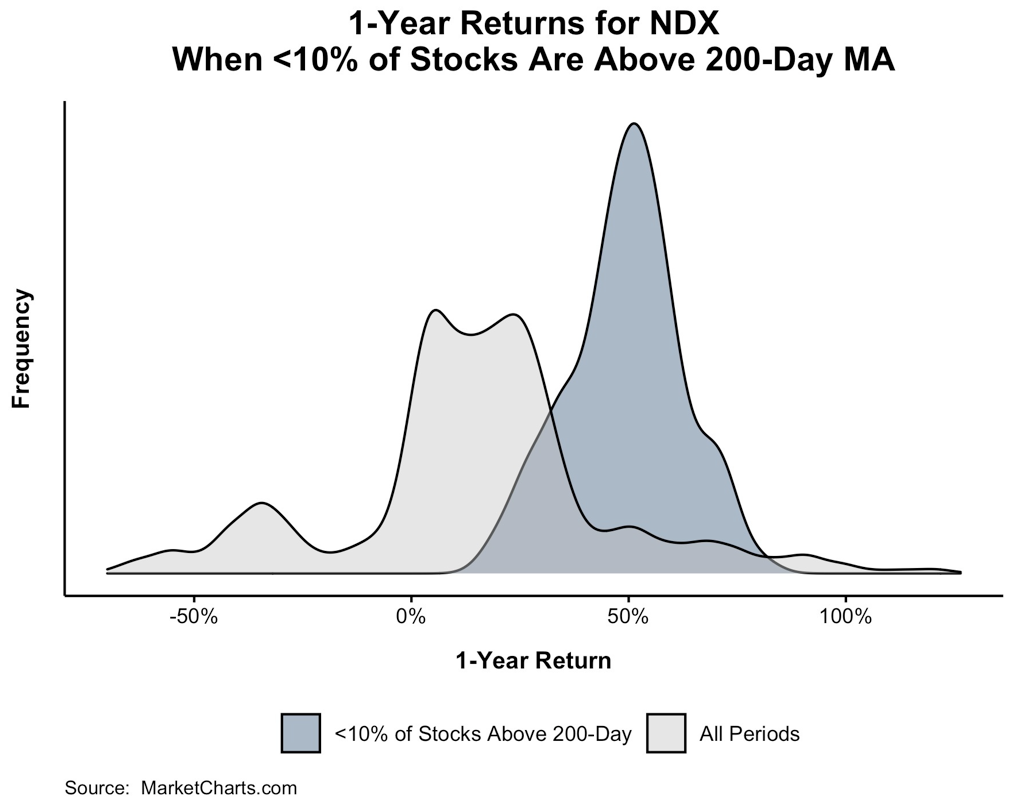 There are no perfectly reliable indicators, but buying fear generally pays off in the long run.

Josh and I are going to get into this and much more on tonight’s What Are Your Thoughts?