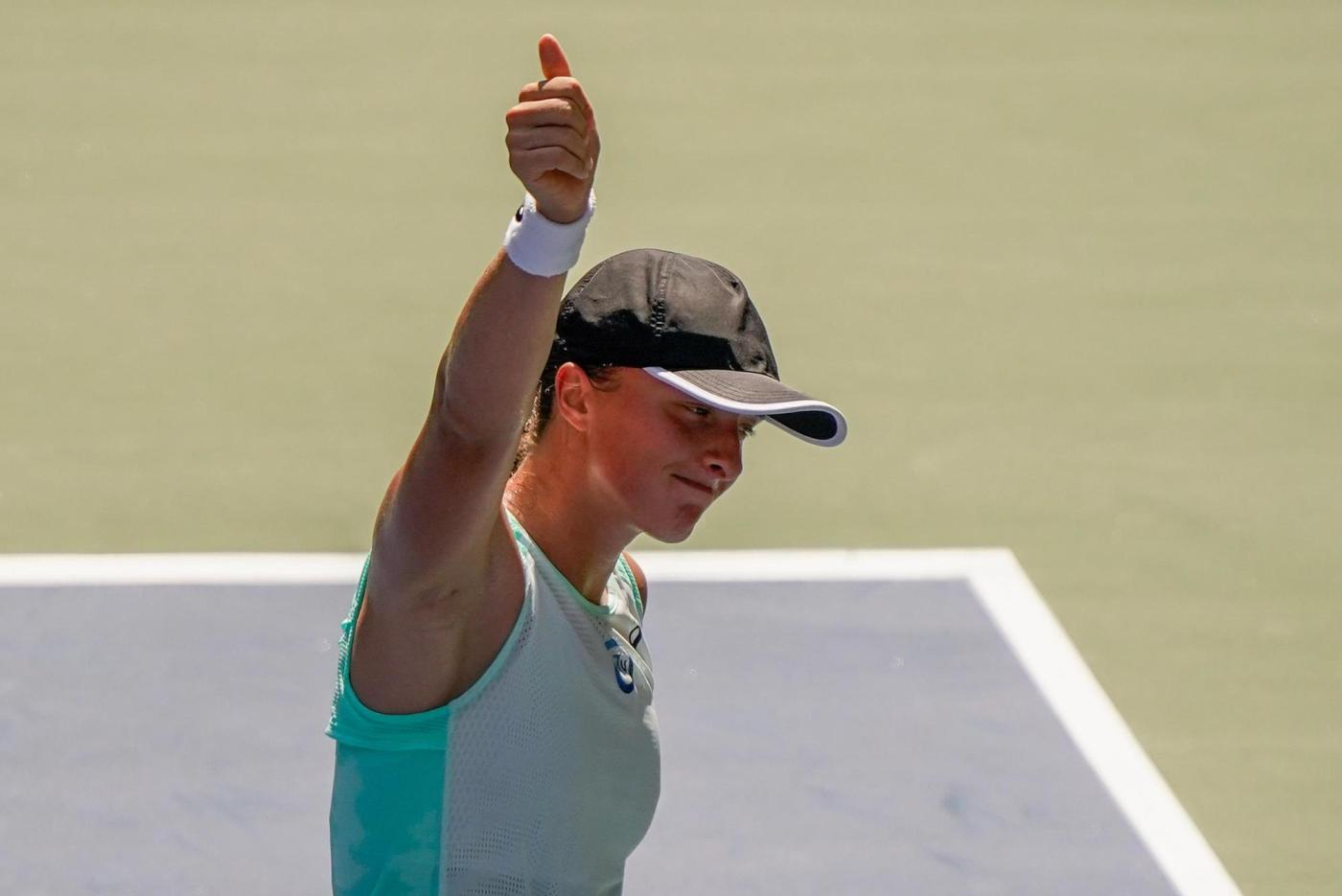 NEW YORK (AP) — The welcome and support for Venus Williams in Arthur Ashe Stadium on Tuesday afternoon were not the same as they were for her sister, Serena, a night earlier. Nor was the result.

Venus, who turned 42 in June, has not made any pronouncements about her future in tennis, unlike her younger sibling, and while she has been successful and influential, too — a seven-time Grand Slam champion; a Black woman in a predominantly white sport — the fanfare and attention are not the same.

Playing in front of thousands of empty blue seats in an arena quite silent at the start, although growing louder later, Venus bowed out in the first round of the U.S. Open for the second consecutive appearance, losing 6-1, 7-6 (5) to Alison Van Uytvanck.

“She means so much to female tennis. Tennis, in general,” Van Uytvanck said. “She’s a legend.”

This was the 23rd trip to Flushing Meadows for Venus, who made it to the final in 1997 as a teen then won the trophy in 2000 and 2001, and her record 91st time participating in a major tournament.

Venus had never lost in the opening round at the U.S. Open until 2020, then was absent last year.

Asked what keeps her motivated these days, she answered: “Three letters: W-I-N. That’s it. Very simple.”

At night, Emma Raducanu became only the third defending U.S. Open champion to lose in the first round, eliminated by Alizé Cornet 6-3, 6-3. Raducanu, who was 18 and ranked 150th when she won the title as a qualifier a year ago, was bothered by hand blisters — she took a medical timeout for treatment after the first set — and was outplayed by Cornet, a 32-year-old from France who also upset No. 1 Iga Swiatek at Wimbledon.

“Obviously really disappointing. Really sad to leave here. It’s probably my favorite tournament. But also, I mean, in a way, (I’m) happy, because it’s a clean slate,” Raducanu said. “I’m going to drop down the rankings. (Will) climb my way back up.”

Also playing under the lights was 22-time major champion Rafael Nadal, who returned to the U.S. Open for the first time since 2019 and beat 21-year-old Rinky Hijikata 4-6, 6-2, 6-3, 6-3. Nadal did not show any serious lingering issues with the torn abdominal muscle that forced him out of Wimbledon in July.

“It was definitely the longest time I have been away from tennis and been without a racket in my hand. So it was a completely new experience for me, getting a racket back in my hand and trying to acclimate as quick as possible to be ready for the U.S. Open, which was not easy,” she said. “Definitely playing lots of great points, but in the end, it’s just rust. There is nothing you can do about that except for, you know, not be rusty at some point.”

It was Serena who announced to the world on Aug. 9 that she was getting ready to step away from her playing career, leaving unclear exactly when the end would be, although she hinted it could come at the U.S. Open. So her first-round match Monday fell into the category of a must-see happening, drawing a record crowd of more than 29,000 to the tournament grounds, including more than 23,000 in Ashe — and the atmosphere was uproarious and electric from start to finish of her 6-3, 6-3 victory over Danka Kovinic.

Now Serena, who won six of her 23 Grand Slam singles titles in New York, will move on to a matchup against No. 2 seed Anett Kontaveit in Ashe on Wednesday night.

And then she and Venus will join forces in doubles on Thursday, teaming up for the first time anywhere since 2018 this week.

When a reporter wanted to know whether retirement has been on Venus’ mind, she replied: “Right now, I’m just focused on the doubles.”

So how did that reunion of a pairing that has earned 14 Grand Slam titles in that event come about?

“It was Serena’s idea. She’s the boss, so I do whatever she tells me to do,” Venus said. “We have had some great wins. It would be nice to add some more.”

In other action on a humid and windy Day 2 at the hard-court tournament, women’s winners included 2017 champion Sloane Stephens, No. 1 Iga Swiatek, No. 6 Aryna Sabalenka, No. 8 Jessica Pegula, No. 9 Garbiñe Muguruza, No. 13 Belinda Bencic — whose opponent, Andrea Petkovic, said she is retiring from pro tennis — and No. 22 Karolina Pliskova, the 2016 runner-up in New York.

Neither Williams attended the other’s first-round singles match; Venus said she watched Serena on TV but was not there in person because of her own early start the next day.

Their mother, Oracene, and sister, Isha, were in the guest box each time. On Tuesday, they saw Venus struggle from the outset, particularly with her used-to-be-feared serve and groundstrokes that were not calibrated correctly. So many into the net. So many landing long.

After some of her 25 unforced errors, Venus would wince or fiddle with her racket strings or tug on the brim of her visor.

Ten of those miscues came on backhands, far outnumbering her two winners on that side.

There were a half-dozen double-faults, just three aces. She faced 12 break points and dropped four of her 10 service games.

Venus did make a bit of a stand, breaking to open the second set and holding for 2-0. But that would be her only break of the match and soon enough, Van Uytvanck was putting away a volley winner to close out the win.

A night earlier, Serena was feted during a post-match ceremony that included a video tribute from Oprah Winfrey and a lengthy on-court interview. After this match, Venus simply slung her red equipment bag over her left shoulder, carried her racket in her right hand, and quickly walked off toward the locker room.