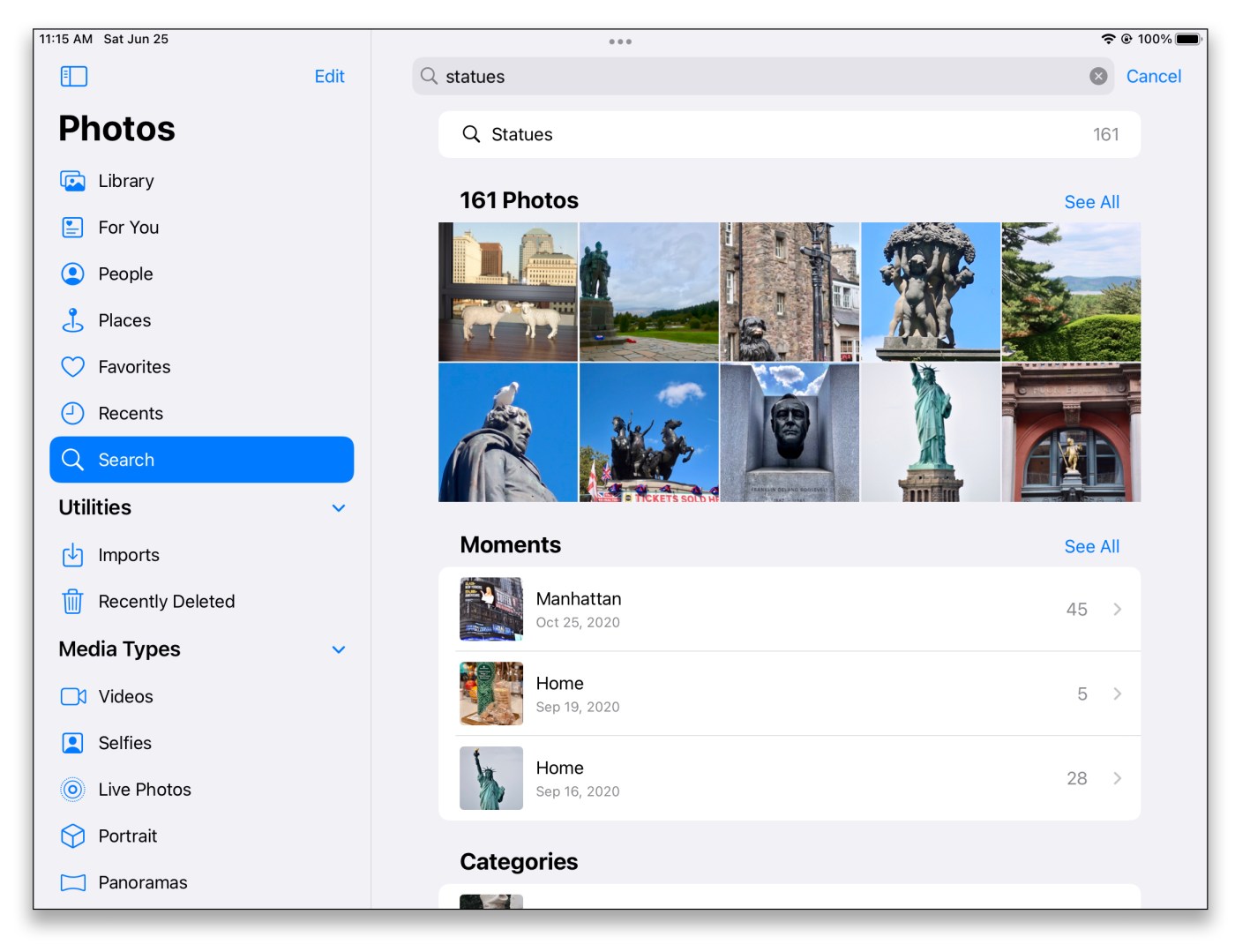 Virtual assistants usually hog the spotlight when it comes to talk of artificial intelligence software on smartphones and tablets. But Apple’s Siri, Google Assistant, Samsung’s Bixby and company aren’t the only tools using machine learning to make life easier — other common programs use the technology, too.

Here is a quick tour through some common AI-driven apps and how you can manage them.

When you set up a new device, you are usually invited to “enroll” in its facial recognition security program, which captures your image and analyzes it so the program will recognize you in different looks and lighting situations. Later, when you want to unlock the device or use apps like digital payment systems, the camera confirms that your face matches the stored data so you can proceed.

If you decide to use the feature, check your device maker’s privacy policy to see where that data is stored. For example, Apple states that “Face ID data does not leave your device,” and Google says it stores face data on the security chips on its Pixel phones. If you sign up and then have second thoughts, you can always go into your phone’s Face ID or Face Unlock settings, delete or reset the data, turn off the feature and stick with a passcode.

Apple’s Photos and Google Photos use artificial intelligence in several ways, including facial recognition, scene detection and image analysis to automatically sort pictures of people, places and things into albums. This sorting saves you from manually tagging everything and makes it easier to find specific photos in a keyword search. (Apple and Google have technical papers about facial recognition on their sites.)

Apple says all the facial recognition and scene detection in its Photos app is performed locally on the device. You can also edit the People album.

Google Photos retains the face-grouping data in your Google Account. In the settings, you can turn off the face groupings and edit the descriptive tags.

The default camera apps use machine learning in the image processing to produce sharper photos. Apple’s Scene Detection and Photographic Styles features enhance the image based on what is in the picture, and the blur- and noise-reduction editing tools in Google Photos use AI to improve images.

If you have ever been typing along on your phone’s keyboard and noticed suggested words for what you might type next, that is machine learning in action. Apple’s iOS software includes a predictive text function that bases its suggestions on your past conversations, Safari browser searches and other sources.

Google’s Gboard keyboard for Android and iOS can offer word suggestions, and Google has a Smart Compose tool for Gmail and other text-entry apps that draws on personal information collected in your Google Account to tailor its word predictions. Samsung has its own predictive text software for its Galaxy devices.

The suggestions may save you time, and Apple and Google both state that the customized predictions based on your personal information remain private. Still, if you would like fewer algorithms in your business, turn it off. On an iPhone (or iPad), you can turn off Predictive Text in the Keyboard settings.

For some apps like Gmail, you can turn off the predictive text and the use of your personal data for suggestions in the overall settings for your Google Account. On certain Android phones, you can also control permissions or delete data collected by the Android System Intelligence software in the Privacy and Apps settings.

Google Lens (for Android and iOS) and Apple’s Live Text feature use artificial intelligence to analyze the text in images for automatic translation and can perform other helpful tasks like Apple’s “visual look up.” Google Lens can identify plants, animals and products seen through the phone’s camera, and these searches are saved. You can delete the information or turn off the data-gathering in the Web & App Activity settings in your Google Account.

In iOS 15, you can turn off Live Text by opening the Settings app, tapping General and then Language & Region and turning off the button for Live Text. Later this year, Live Text is getting an upgrade in iOS 16, in which Apple stresses the role of “on-device intelligence” in doing the work.

These AI-in-action tools are most useful when they have access to personal information like your address and contacts. If you have concerns, read your phone maker’s privacy policy: Apple, Google and Samsung all have documents posted in their sites. The nonprofit site Common Sense Media has posted independent privacy evaluations for Siri, Google Assistant and Bixby.

Setting up the software is straightforward because the assistant guides you, but check out the app’s own settings to customize it. And don’t forget the general privacy controls built into your phone’s operating system.

This article originally appeared in The New York Times.