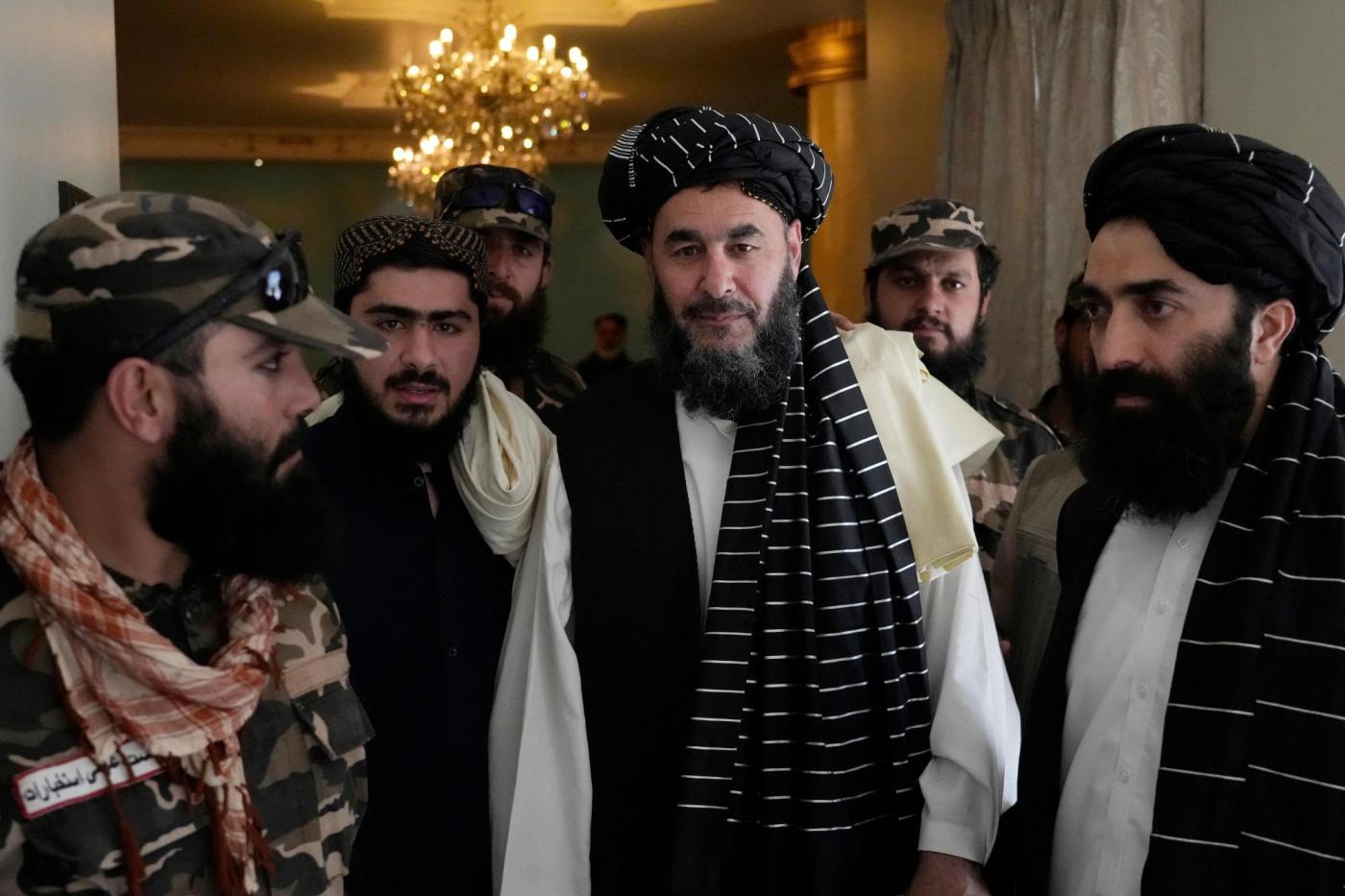 By ERIC TUCKER and RAHIM FAIEZ

WASHINGTON (AP) — An American contractor held hostage in Afghanistan for more than two years has been released in exchange for a convicted Taliban drug lord jailed in the United States, the White House said Monday, announcing a rare success in U.S.-Taliban talks since the militant group took power a little more than a year ago

Mark Frerichs, a Navy veteran who had spent more than a decade in Afghanistan as a civilian contractor, was abducted in January 2020 and is believed to have been held since then by the Taliban-linked Haqqani network. He was traded for Bashir Noorzai, a Taliban associate convicted of heroin trafficking conspiracy who had spent 17 years behind bars before his release Monday.

The exchange is one of the most significant prisoner swaps to take place under the Biden administration, coming five months after a deal with Russia that resulted in the release of Marine veteran Trevor Reed. Though his case has received less public attention than those of other Americans held abroad, including WNBA star Brittney Griner and corporate security executive Paul Whelan — who are both held in Russia and whose relatives met with President Joe Biden on Friday — U.S. officials said the deal for Frerichs home the culmination of months of quiet negotiations.

Those discussions gained new momentum in June when Biden granted Noorzai relief from his life sentence, setting the stage for what one administration official described as a “very narrow window of opportunity this month” to carry out the deal.

Biden said in a statement released by the White House, “Bringing the negotiations that led to Mark’s freedom to a successful resolution required difficult decisions, which I did not take lightly.”

Frerichs, 60, had been working on civil engineering projects at the time of his Jan. 31, 2020, abduction in Kabul. He’s believed to have been lured into a meeting to discuss a new project and then transported to Khost, a stronghold of the Taliban-linked Haqqani network near the border with Pakistan.

He was last seen in a video posted last spring by The New Yorker in which he appeared in traditional Afghan clothing and pleaded for his release. He was accompanied Monday by the administration’s special presidential envoy for hostage affairs and was in stable health, a U.S. official said. His ultimate destination was not immediately clear.

A sister of Frerichs, who is from Lombard, Illinois, thanked U.S. officials who helped secure her brother’s release.

“I am so happy to hear that my brother is safe and on his way home to us. Our family has prayed for this each day of the more than 31 months he has been a hostage. We never gave up hope that he would survive and come home safely to us,” said a statement from the sister, Charlene Cakora.

Noorzai, at the time of his 2005 arrest, hardly seemed an ideal recipient for presidential clemency. He’d been designated on a list reserved for some of the world’s most prolific drug traffickers, and was prosecuted in federal court in New York on charges that accused him of owning opium fields in Kandahar province and relying on a network of distributors who sold the heroin.

When he was sentenced to life imprisonment, the then-top federal prosecutor in Manhattan said Noorzai’s “worldwide narcotics network supported a Taliban regime that made Afghanistan a breeding ground for international terrorism.”

The deal underscored the two sides to the Taliban’s approach to illegal drugs. In April, they announced a ban on harvesting the poppies that produce opium for making heroin — an order that also outlawed the manufacture and transportation of narcotics. However, during the years-long Taliban insurgency, they reportedly made millions of dollars taxing farmers and middle men who moved their drugs outside Afghanistan.

A senior administration official who briefed reporters on condition of anonymity under ground rules set by the administration said that the U.S. government had now determined that Noorzai’s release would “not materially change any risk to Americans or fundamentally alter the contours of the drug trade there.” Officials also took into account that Noorzai had spent 17 years in prison.

At a press conference Monday, Noorzai expressed thankfulness at seeing his “mujahedeen brothers” — a reference to the Taliban — in Kabul.

“I pray for more success of the Taliban,” he added. “I hope this exchange can lead to peace between Afghanistan and America, because an American was released and I am also free now.”

Even before their takeover of Afghanistan in August last year, the Taliban had demanded the U.S. release Noorzai in exchange for Frerichs. But there had been no public sign of Washington proceeding along those lines.

Eric Lebson, a former U.S. government national security official who had been advising Frerichs’ family, said in a statement that “everything about this case has been an uphill fight.” He criticized the Trump administration for having given away “our leverage to get Mark home quickly by signing a peace accord with the Taliban without ever having asked them to return Mark first.”

“Mark’s family then had to navigate two administrations, where many people viewed Mark’s safe return as an impediment to their plans for Afghanistan,” the statement said.

The collapse of the Western-backed Afghan government and takeover by the Taliban in August 2021 raised additional concern that any progress in negotiations could be undone or that Frerichs could be forgotten. But his name was invoked last month when Biden, who had earlier called for Frerichs’ release, was said by his advisers to have pressed officials to consider any risk posed to Frerichs by the drone strike in Afghanistan that killed al-Qaida leader Ayman al-Zawahri.

The Taliban-appointed foreign minister, Amir Khan Muttaqi, hailed the exchange Monday as the start of a “new era” in U.S.-Taliban relations and the opening of a “new door for talks.”

U.S. officials were more circumspect. Though it does not recognize the Taliban government, the U.S. does have interests at stake in Afghanistan and will continue to engage with the Taliban in addressing the hunger and humanitarian crisis gripping the country, administration officials said Monday. But officials say they remain concerned about whether the Taliban are committed to fighting terrorism and by the exclusion of girls from high schools there, an issue that drew a United Nations reprimand on Sunday.

This story has corrected a version earlier in the day that cited Taliban claims that Noorzai was held at Guantanamo Bay; the claim was disproved by U.S. officials.