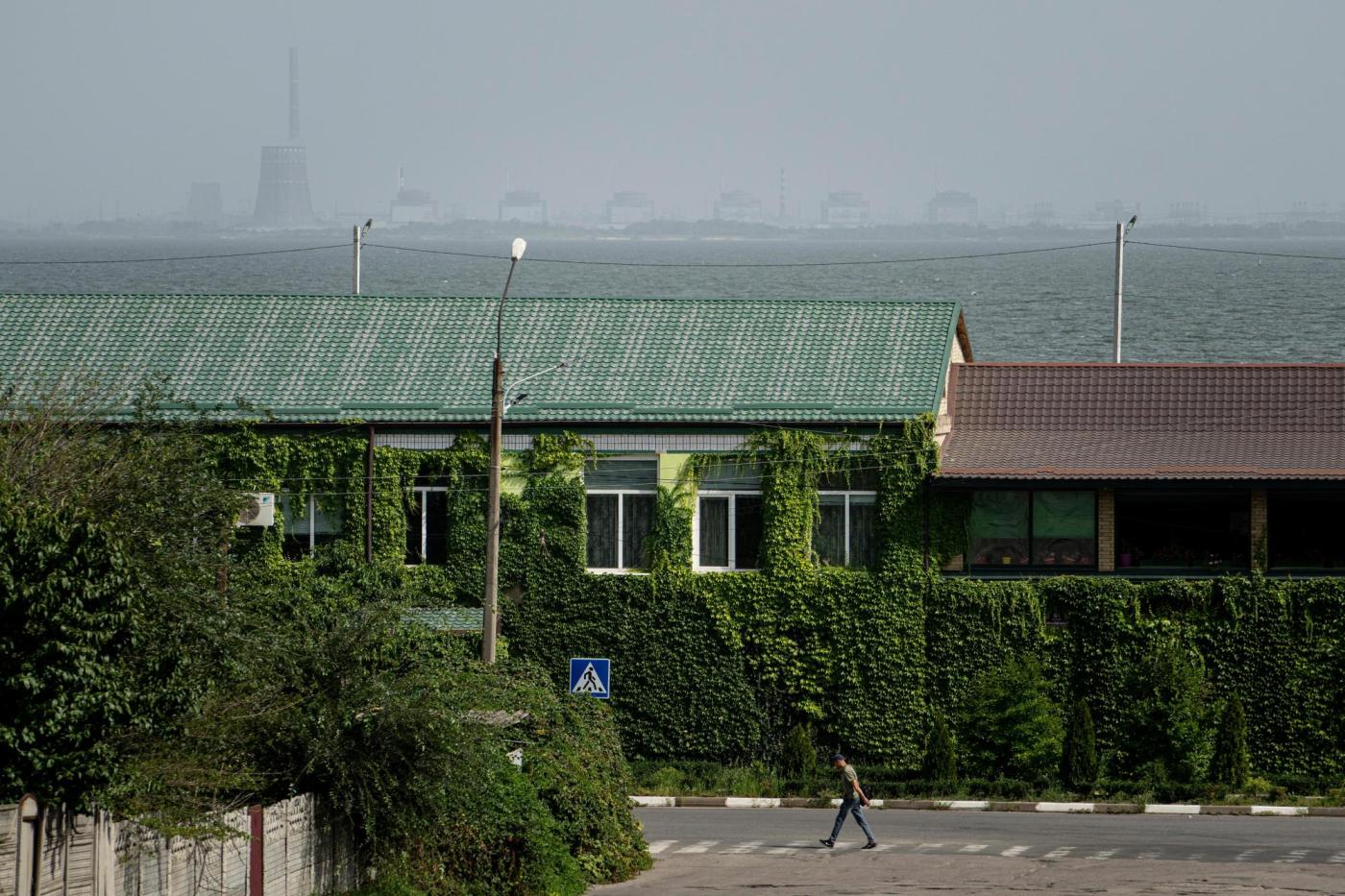 By FRANK JORDANS and HANNA ARHIROVA

NIKOPOL, Ukraine — Ukrainians are once again anxious and alarmed about the fate of a nuclear power plant in a land that was home to the world’s worst atomic accident in 1986 at Chernobyl.

The Zaporizhzhia nuclear plant, Europe’s largest, has been occupied by Russian forces since the early days of the war, and continued fighting near the facility has heightened fears of a catastrophe that could affect nearby towns in southern Ukraine — or potentially an even wider region.

The government in Kyiv alleges Russia is essentially holding the Soviet-era nuclear plant hostage, storing weapons there and launching attacks from around it, while Moscow accuses Ukraine of recklessly firing on the facility, which is located in the city of Enerhodar.

“Anybody who understands nuclear safety issues has been trembling for the last six months,” said Mycle Schneider, an independent policy consultant and coordinator of the World Nuclear Industry Status Report.

Ukraine cannot simply shut down its nuclear plants during the war because it is heavily reliant on them, and its 15 reactors at four stations provide about half of its electricity. Still, an ongoing conflict near a working atomic plant is troubling for many experts who fear that a damaged facility could lead to a disaster.

That fear is palpable just across the Dnieper River in Nikopol, where residents have been under nearly constant Russian shelling since July 12, with eight people killed, 850 buildings damaged and over the half the population of 100,000 fleeing the city.

Liudmyla Shyshkina, a 74-year-old widow who lived within sight of the Zaporizhzhia plant before her apartment was bombarded and her husband killed, said she believes the Russians are capable of intentionally causing a nuclear disaster.

Fighting in early March caused a brief fire at the plant’s training complex that officials said did not result in the release of any radiation. Ukrainian President Volodymyr Zelenskyy says Russia’s military actions there amount to “nuclear blackmail.”

No civilian nuclear plant is designed for a wartime situation, although the buildings housing Zaporizhzhia’s six reactors are protected by reinforced concrete that could withstand an errant shell, experts say.

The more immediate concern is that a disruption of electricity supply to the plant could knock out cooling systems that are essential for the safe operation of the reactors, and emergency diesel generators are sometimes unreliable. The pools where spent fuel rods are kept to be cooled also are vulnerable to shelling, which could cause the release of radioactive material.

The atomic agency’s head, Rafael Mariano Grossi, said Thursday he hopes to send a mission to the plant within “days.”

Negotiations over how the mission would access the plant are complicated but advancing, he said on France-24 television after meeting in Paris with French President Emmanuel Macron, who pressed Putin in a phone call last week to allow the U.N. agency to visit the site.

At a U.N. Security Council meeting Tuesday, U.N. political chief Rosemary DiCarlo urged the withdrawal of all military personnel and equipment from the plant and an agreement on a demilitarized zone around it.

Currently only one of the plant’s four power lines connecting it to the grid is operational, the agency said. External power is essential not just to cool the two reactors still in operation but also the spent radioactive fuel stored in special facilities onsite.

“If we lose the last one, we are at the total mercy of emergency power generators,” said Najmedin Meshkati, a professor of civil and environmental engineering at the University of Southern California.

He and Schneider expressed concern that the occupation of the plant by Russian forces is also hampering safety inspections and the replacement of critical parts, and is putting severe strain on hundreds of Ukrainian staff who operate the facility.

“Human error probability will be increased manifold by fatigue,” said Meshkati, who was part of a committee appointed by the U.S. National Academy of Sciences to identify lessons from the 2011 nuclear disaster at Japan’s Fukushima nuclear plant. “Fatigue and stress are unfortunately two big safety factors.”

If an incident at the Zaporizhzhia plant were to release significant amounts of radiation, the scale and location of the contamination would be determined largely by the weather, said Paul Dorfman, a nuclear safety expert at the University of Sussex who has advised the British and Irish governments.

The massive earthquake and tsunami that hit the Fukushima plant destroyed cooling systems which triggered meltdowns in three of its reactors. Much of the contaminated material was blown out to sea, limiting the damage.

The April 26, 1986, explosion and fire at one of four reactors at the Chernobyl nuclear plant north of Kyiv sent a cloud of radioactive material across a wide swath of Europe and beyond. In addition to fueling anti-nuclear sentiment in many countries, the disaster left deep psychological scars on Ukrainians.

Zaporizhzhia’s reactors are of a different model than those at Chernobyl, but unfavorable winds could still spread radioactive contamination in any direction, Dorfman said.

“If something really went wrong, then we have a full-scale radiological catastrophe that could reach Europe, go as far as the Middle East, and certainly could reach Russia, but the most significant contamination would be in the immediate area,” he said.

That’s why Nikopol’s emergency services department takes radiation measurements every hour since the Russian invasion began. Before that, it was every four hours.

Follow AP coverage of the war in Ukraine at https://apnews.com/hub/russia-ukraine