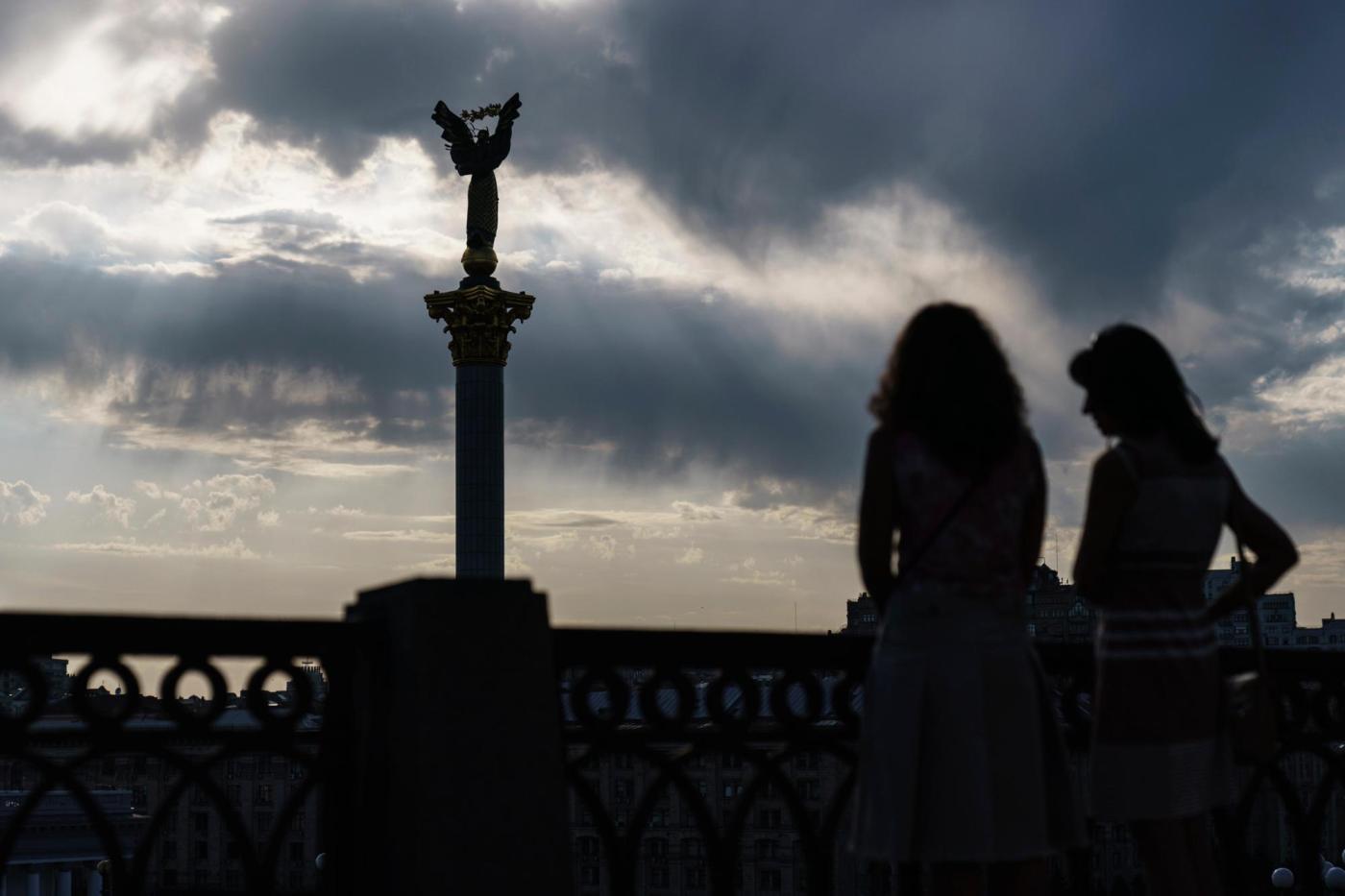 By DEREK GATOPOULOS and INNA VARENYTSIA

KYIV, Ukraine (AP) — Ukraine nervously braced for what President Volodymr Zelenskyy warned could be especially brutal Russian attacks Wednesday as the country observed its Independence Day — and marked the war’s six-month point — under conditions considered too dangerous to allow any major public celebrations in the capital.

Residents of Kyiv woke up to air raid sirens, but there were no immediate attacks.

“Russian provocations and brutal strikes are a possibility,” Zelenskyy said in a statement. “Please strictly follow the safety rules. Please observe the curfew. Pay attention to the air sirens. Pay attention to official announcements. And remember: We must all achieve victory together.”

Last year, crowds turned out in Kyiv to watch a military parade marking 30 years of Ukrainian independence. This year, just a small number of residents gathered in the central square, where destroyed Russian tanks and artillery were put on display over the weekend, and the national anthem is played every day at 7 a.m.

“I can’t sleep at night because of what I see and hear about what is being done in Ukraine,” said a retiree who gave only her first name, Tetyana, her voice shaking with emotion. “This is not a war. It is the destruction of the Ukrainian people.”

In a holiday message to the country, Zelenskyy said: “Six months ago, Russia declared war on us. On Feb. 24, all of Ukraine heard explosions and gunshots. … On Feb. 24, we were told: You have no chance. On Aug. 24, we say: Happy Independence Day, Ukraine!”

U.S. President Joe Biden announced he is sending nearly $3 billion in new military aid to Ukraine that will enable its forces to fight for years to come. Biden said it will allow the country to acquire air defense and artillery systems and other weapons.

“I know this Independence Day is bittersweet for many Ukrainians as thousands have been killed or wounded, millions have been displaced from their homes, and so many others have fallen victim to Russian atrocities and attacks,” Biden said. “But six months of relentless attacks have only strengthened Ukrainians’ pride in themselves, in their country, and in their 31 years of independence.”

European leaders likewise marked the holiday by pledging unwavering support for Ukraine and paying tribute to the sacrifices of its people.

German Chancellor Olaf Scholz rebuked the Kremlin for its “backward imperialism” and declared that Ukraine “will drive away the dark shadow of war because it is strong and brave, because it has friends in Europe and all over the world.”

A car bombing outside Moscow that killed the 29-year-old daughter of right-wing Russian political theorist Alexander Dugin on Saturday also heightened fears that Russia might intensify attacks on Ukraine this week. Russian officials have blamed Ukraine for the death of Darya Dugina, a pro-Kremlin TV commentator. Ukraine has denied any involvement.

Russian President Vladimir Putin’s forces have encountered unexpectedly stiff Ukrainian resistance in their invasion, and the fighting has turned into a grinding war of attrition that has sent shock waves through the world economy.

Russian Defense Minister Sergei Shoigu, speaking Wednesday at a meeting of his counterparts from a security organization dominated by Russia and China, claimed the slow pace of Moscow’s military action was due to what he said was an effort to spare civilians.

Russian forces have repeatedly targeted civilian areas in cities, including hospitals and a Mariupol theater where hundreds of people were taking shelter.

But Shoigu said Russia is carrying out strikes with precision weapons against Ukrainian military targets, and “everything is done to avoid civilian casualties.”

“Undoubtedly, it slows down the pace of the offensive, but we do it deliberately,” he said.

He also criticized the U.S. and its allies for “continuing to pump weapons into Ukraine,” saying the aid is dragging out the conflict and increasing the number of victims.

On the battlefield, Russian forces struck several towns and villages in Donetsk province in the east over 24 hours, killing one person, authorities said.

In the Dnipropetrovsk region on the southern front, the Russians again shelled the cities of Nikopol and Marhanets, damaging several buildings and wounding two people, authorities said. Russian troops also shelled the city of Zaporizhzhia, but no casualties were reported.

Follow all of AP’s coverage of the war in Ukraine at https://apnews.com/hub/russia-ukraine