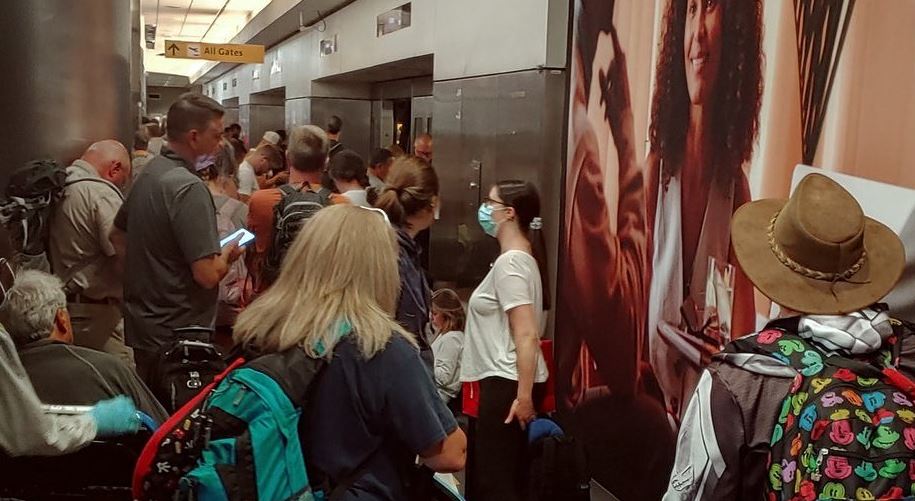 Denver International Airport’s train to the passenger concourses stopped for about 20 minutes Tuesday morning but has since resumed operations, officials said.

Though the trains are moving again, DIA officials said security lines are being metered until they’re running at full capacity.

Trains are stopped. No getting to the gate now. I hope the airlines are holding planes… #DIA #summertravel #headsupcoloradotravelers pic.twitter.com/urypXWfApP

The airport announced the stoppage at 10:27 a.m. via Twitter, saying crews were “working quickly to restore service.”

DIA also Tweeted that airlines were aware of the train delays at the airport, but it would be the choice of each airline as to whether or not to hold flights for passengers.

It was possible to walk to the A gates during the train stoppage, but the B and C concourses are not accessible by foot. At the time of the delay, the airport said that “we are exploring other ideas to provide an alternate way to get to B and C.”

At 10:51 a.m., airport officials tweeted that trains were once again operational, though “security is still being metered to allow the train platforms to clear.” The airport encouraged passengers to use the A-bridge security checkpoint.

At 10:56 a.m., DIA tweeted, “The trains are not yet running at full capacity so there’s more time between departures.”