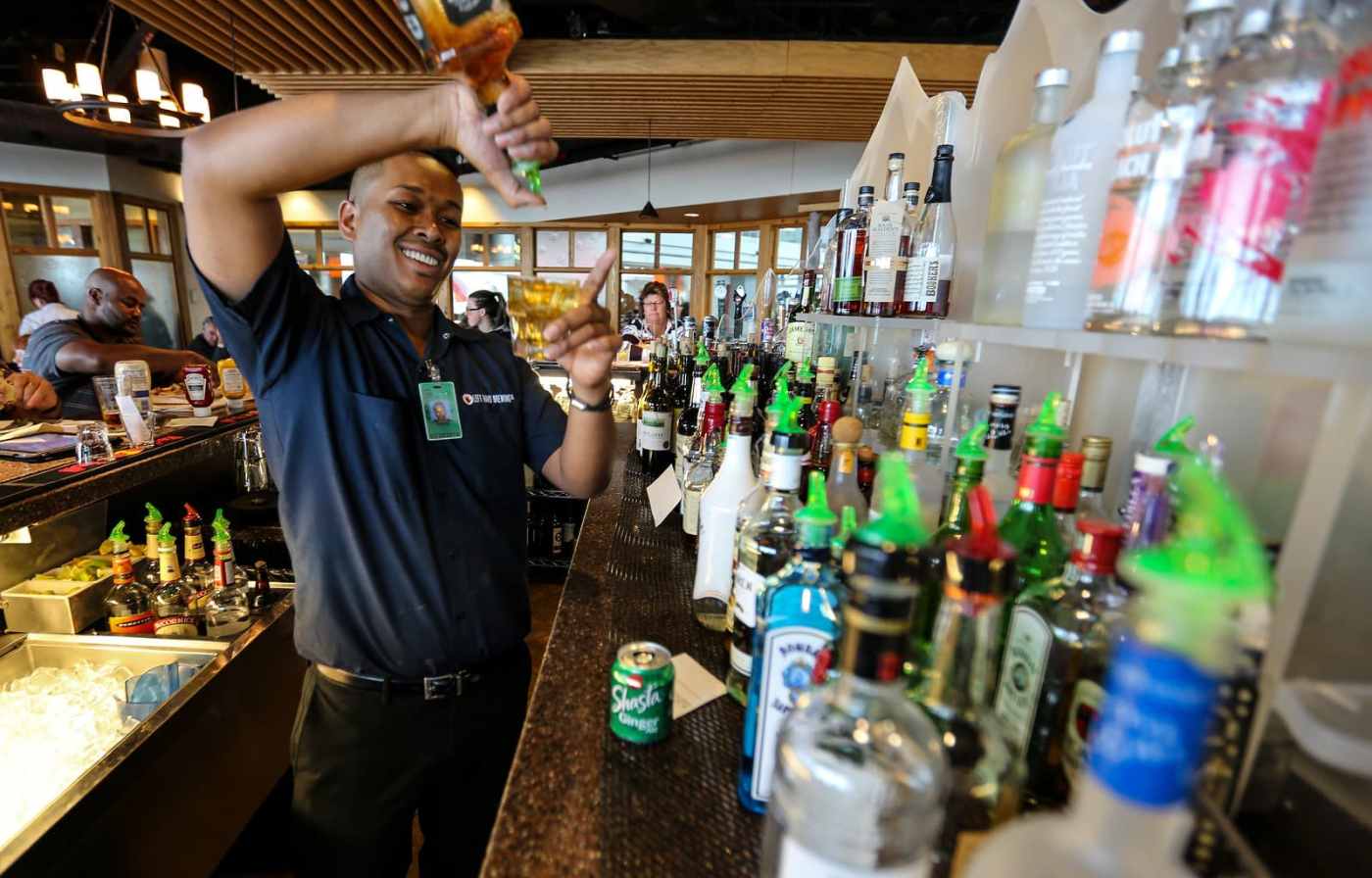 Colorado’s highest-grossing restaurant was granted an 11th-hour reprieve Wednesday that will allow it to continue serving alcohol while it appeals a decision to suspend its liquor license.

Timberline Steaks & Grille, in Concourse C at Denver International Airport, was scheduled to lose its license for one month beginning Thursday, due to three violations. But Denver District Court Judge Jill Dorancy stayed that decision until a hearing can be held July 25.

“The temporary restraining order is necessary to protect the business and plaintiff’s ability to earn money, even if the amount of monetary damage is difficult to ascertain at this time,” the judge wrote Wednesday, after an expedited hearing.

Dorancy noted that Timberline has more than 150 employees who would be impacted by the license suspension because they would lose gratuity from alcohol sales.

“The harm to plaintiff as evidenced by the testimony is that Timberline Steaks and Grille would lose between 30 to 40 percent of their sales, and plaintiff may also lose employees,” she added.

Rod Tafoya, president of Mission Yogurt Inc., which owns Timberline, testified Wednesday. In a statement after, he called the order “a welcome reprieve” but “only temporary.”

“We’re very grateful that the judge recognized the harm the final decision from the Department of Excise and Licenses would impart on our staff, and we continue to believe that the suggested penalty far outweighs the potential harm created by the former team member’s mistake,” he said.

Tafoya added, “We will continue to do what we can to minimize the impact on the team, and consistently work to offer the best in training and technological safeguards to ensure issues like this don’t happen in the future.”

Denver’s Department of Excise and Licenses declined to comment on the judge’s ruling.

Tafoya and the restaurant’s attorney have argued that the department’s punishment does not fit the crime. On Nov. 12, a waitress working her first day on the job served a Coors Light to a police cadet who was younger than 21 after looking at his driver’s license. The waitress and a waiter training her were fired. The restaurant has said it was a simple mistake.

The Department of Excise and Licenses, on the other hand, has noted that this was Timberline’s third violation in 15 months.

On Aug. 12, 2020, a waitress at Timberline served an underage police cadet a beer after looking at his license, which had “Under 21” printed in red ink. Under a settlement agreement, the restaurant paid a $4,500 fine in lieu of having its license suspended for four days.

On April 9, 2021, a 20-year-old police cadet ordered two Coronas. Again, a waitress asked for his driver’s license and again the cadet showed a license with “Under 21” printed on it but was served the beer anyway. Timberline’s liquor license was suspended for 15 days.

Airport records show Timberline earned $6.3 million in gross sales in the first five months of this year. It routinely ranks among the top 100 highest-grossing independent restaurants in the country on an annual Restaurant Business Magazine list. In 2019, it was 69th with annual sales of $14.7 million. In 2020, it was 74th with $14.4 million. It pays 16 percent of its sales to DIA.

Subscribe to our new food newsletter, Stuffed, to get Denver food and drink news sent straight to your inbox.

This story was reported by our partner BusinessDen.