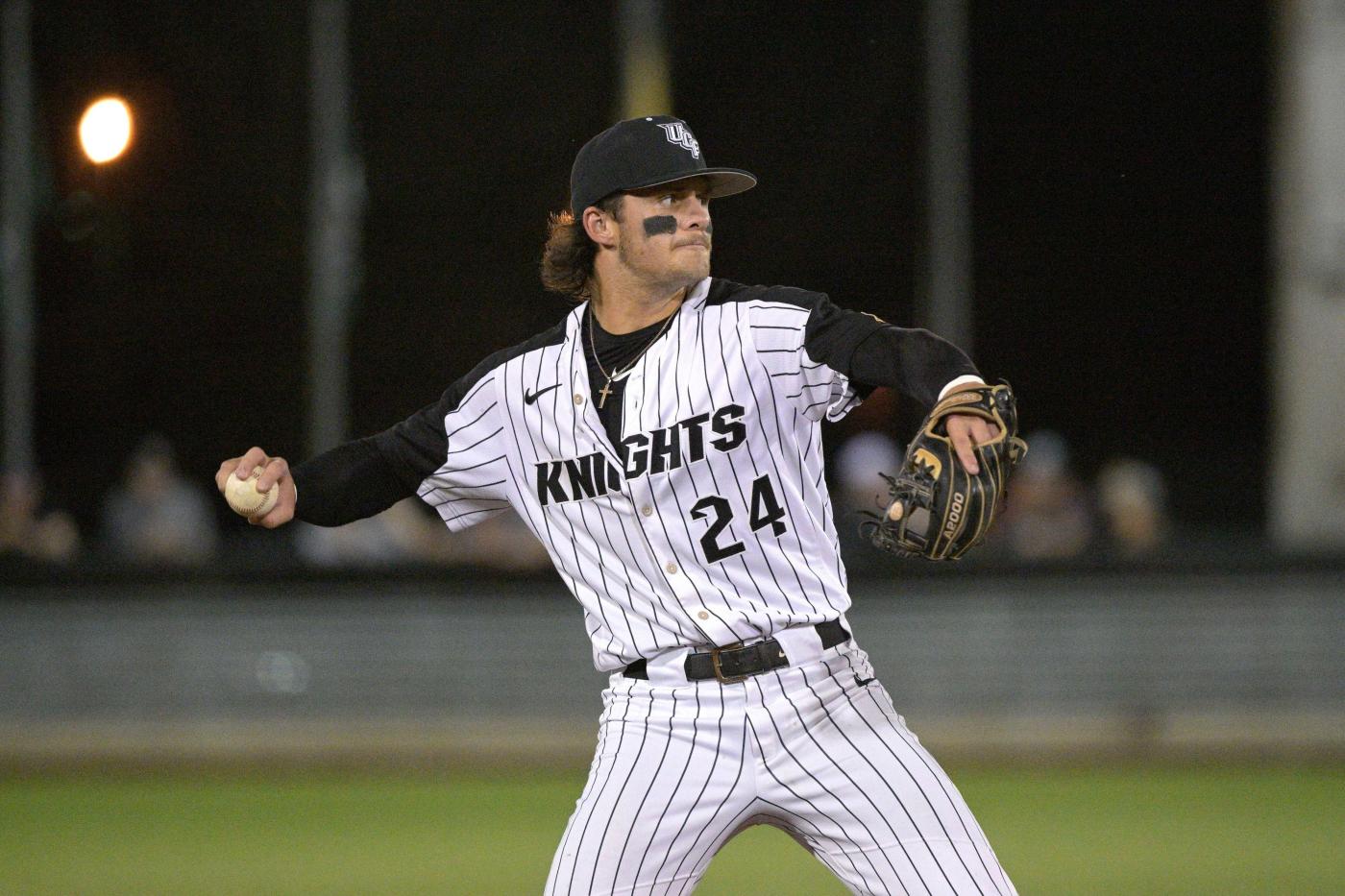 Sophomore infielder Alex Freeland was taken 105th overall in the third round by the Los Angeles Dodgers becoming the highest-drafted Knight since Eric Skoglund in 2014.

Two rounds later, a pair of UCF pitchers were taken with back-to-back picks.

The Kansas City Royals took left-hander redshirt sophomore Hunter Patteson with the 145th overall pick in the fifth round.

The selections mark the first time that UCF baseball has had at least three players picked within the opening five rounds of a single MLB draft since 1998.

All three dealt with injuries this past season with Freeland only playing in 42 of UCF’s 60 games.

The Cape Coral native hit 11 home runs to go with 38 RBI while batting .282 this past season. As a freshman the year prior, he finished tied for second on the squad with 10 doubles.

Patteson started all 7 games that he appeared in, posting a 1.82 ERA over 29.2 innings pitched. He was shut down for the season due to an injury near the end of April.

With a 2-1 record, the Vero Beach native struck out 41 batters on the year.

After transferring to UCF from the University of Maryland, Staine tallied 51 strikeouts throughout his 43.1 innings of work.

Both Staine (No. 88) and Freeland (No. 170) were ranked inside the top 200 prospects ahead of the draft by MLBPipeline.com.