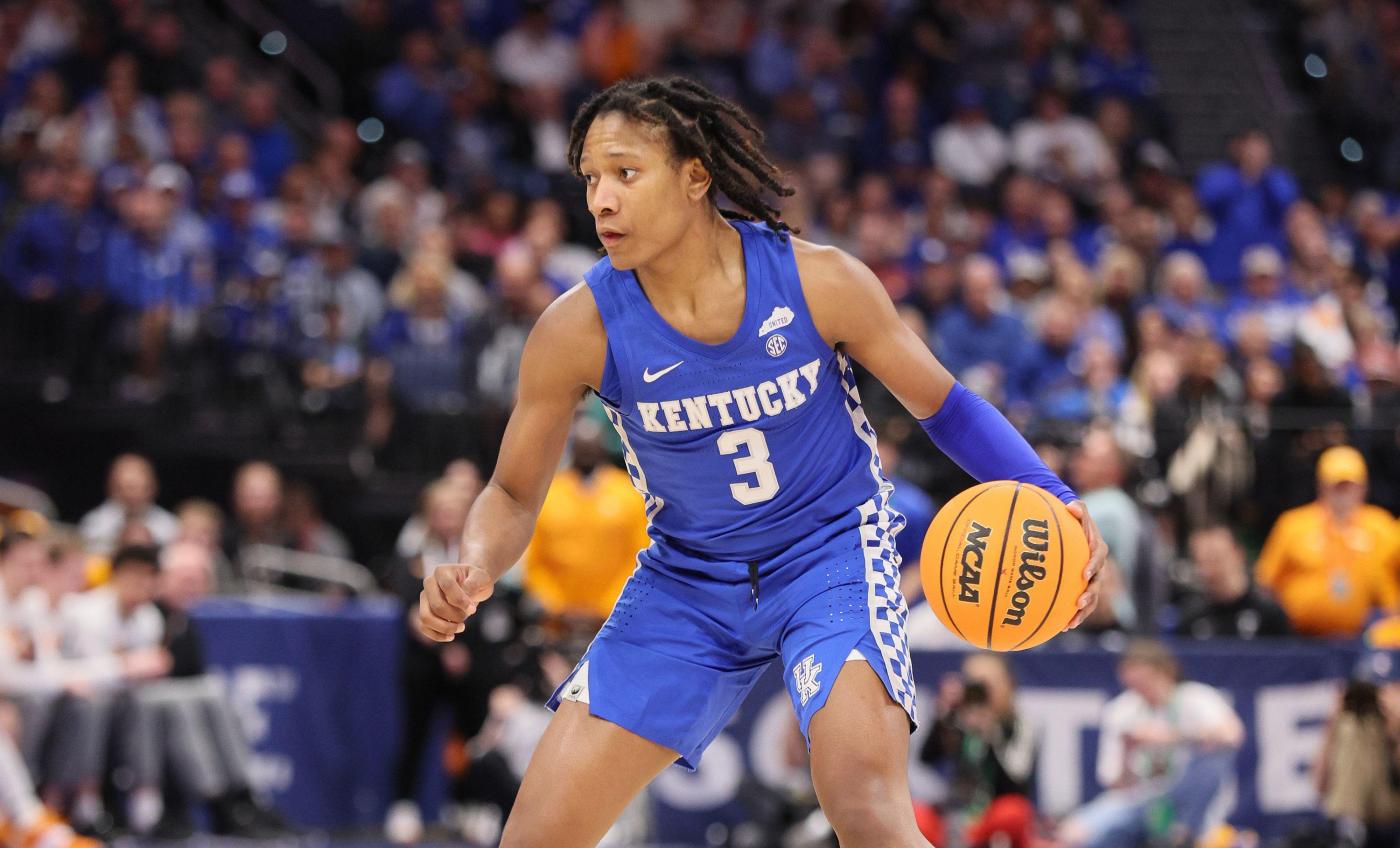 The Knicks have a need at guard and the 11th pick in the draft. On Monday, they tested three players who may fit into that category.

Kentucky’s TyTy Washington, Ohio State’s Malaki Branham and Dyson Daniels of the G League Ignite were part of a six-player group workout at the Knicks practice facility. The implications were understood.

“If you wanna get to the next level, that’s what you gotta do. You gotta take somebody’s job,” Branham said. “It’s a business now.”

Playing connect-the-to-Knicks with these players, the shortest line goes to Washington. He’s the most natural and traditional point guard of the three. Plus, the Kentucky partnership with the Knicks, while not as strong since assistant coach Kenny Payne left for Louisville, is always worth monitoring on draft night. The Knicks will have plenty of inside intel on Washington, good or bad.

“Me and my teammates in the locker room was like, ‘That’s Kentucky 2.0 up there.’” Washington said.

There was also the Kentucky tales of Wesley, AKA World Wide Wes, who used his connections as ‘a friend of the program.’

“That’s World Wide Wes, so a lot of people at my school talk about him and stuff like that,” Washington said.

Now a top-ranking Knicks executive, Wesley took the group of draft prospects to dinner in New York the night before their workout. They watched Game 2 of the NBA Finals and Wesley apparently wasn’t too concerned about the bill.

“Wes was in there ordering literally everything,” Washington said. “He ordered everything, pretty much. Made us all taste it.”

The next day, inside the Knicks gym, they progressed to a 3-on-3 full court workout. Branham acknowledged it got a little feisty.

“A little bit,” he said. “Rough it up a little bit but nothing dirty.”

Here’s a breakdown of the three lottery prospects from Monday’s Knicks workout.

Monday’s quote: “Defense has always been my strength. As a young kid, just having fast hands, getting steals, getting out in transition, things like that. I think defense is all about heart and hustle. Just bringing the energy, bringing the hustle. I think I’ve got the tools, I’ve got the height, I’ve got the length. I can fight over screens. There’s a few techniques I use here or there. But it’s just something I pride myself on.”