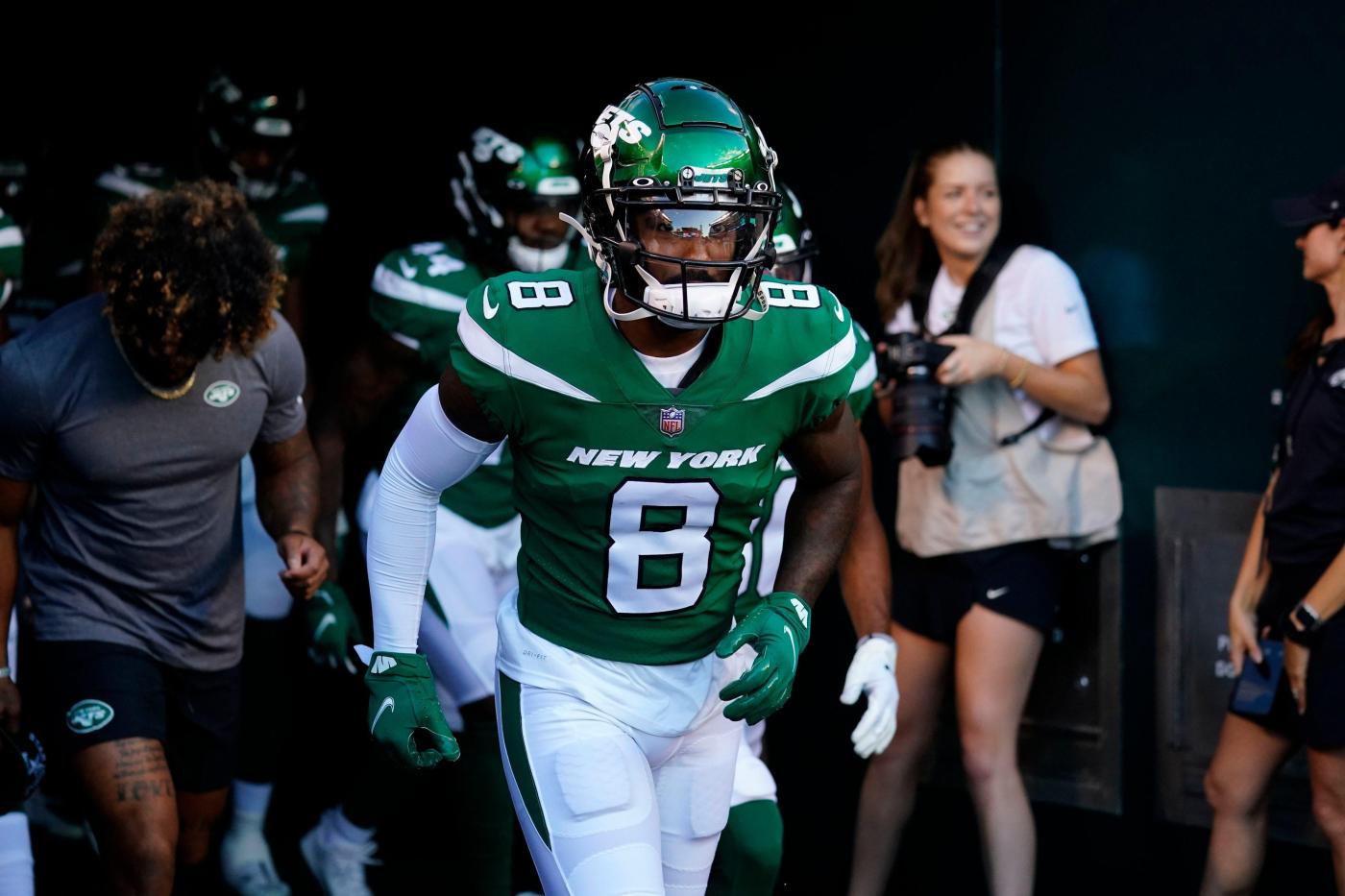 The Jets are just days away from kicking off their 2022 season against the Baltimore Ravens at MetLife Stadium on Sept. 11.

While the Jets went 3-0 during the preseason, many questions remain. Will coach Robert Saleh improve from his 4-13 record a year ago? What about the growth of quarterback Zach Wilson?

If the Jets are to snap their 11-season playoff drought — the longest in the NFL — they will need to answer these questions, along with a few others.

WHAT DO THEY HAVE IN ZACH?

The quarterback is the most critical position in football and on the Jets’ roster. Wilson had a pedestrian rookie campaign where he passed for 2,334 yards, nine touchdowns and 11 interceptions.

Gang Green needs to see growth from Wilson in Year 2 when he returns to action after preseason knee surgery — likely Week 4 vs. the Steelers — if the team is going to take that next step from one of the worst teams in football to possibly a playoff team. Too often last season, Wilson felt like he had to carry the team on his back, resulting in interceptions and staring down receivers.

If Wilson can cut down on the interceptions and rely more on the players around him, the Jets could improve in the AFC East standings as soon as this year. If not, the Jets may have to assess where Wilson is and determine if they need to select a quarterback in next April’s draft.

HOW MUCH WILL THE D IMPROVE?

To help improve the defense, the Jets signed cornerback D.J. Reed, safety Jordan Whitehead and drafted cornerback Sauce Gardner and pass rusher Jermaine Johnson in the first round. The Jets don’t have to become the 2000 Baltimore Ravens, who won a Super Bowl with their stellar defense, to have success this year. However, they will need to at least become an average defense if the Jets are going to turn things around.

DUANE AND THE O-LINE

The Jets signed Duane Brown on Aug. 15 after the season-ending knee injury to Mekhi Becton. On paper, Gang Green should be a better unit with veteran Brown at left tackle, George Fant at right tackle and the addition of Laken Tomlinson at left guard to go alongside guard Alijah Vera-Tucker and center Connor McGovern.

But the five players haven’t had a lot of practice time together leading up to the season because it took Brown a few weeks to get acclimated to training camp and live football action after signing late. Also, Fant moved to right tackle after he began training camp as the team’s left tackle.

Choosing a player who recorded 43 receptions for 538 yards and five touchdowns last season to be the Jets’ offensive MVP might be surprising to some. However, after an impressive training camp, it seems Moore is ready to take the step and possibly become Gang Green’s best offensive player.

He has everything you want in a receiver, minus his size (listed at 5-10). Moore is a precision route runner who can separate from defenders.

Quarterback Joe Flacco compared Moore to former Carolina Panthers and Baltimore Ravens receiver Steve Smith. If Moore is anything like the future Hall of Famer in his second year, 75 receptions for 1,200 yards and 10 TDs in 2022 could be in the cards.

Lawson was supposed to be the Jets’ big free agent splash in 2021, but he tore his Achilles and missed the entire season. A year later, Lawson could be poised to not only be a candidate for the NFL Comeback Player of the Year Award but the Jets’ defensive MVP.

Throughout training camp, Lawson was unstoppable, no matter if he was going against the Jets offensive line or the Atlanta Falcons and the Giants during joint practices. The most sacks Lawson has registered in a season is 8.5 during his rookie year with the Bengals. He could potentially reach double-digits for the first time in his career.

The Jets have improved on both sides of the ball and went out and got Wilson more toys offensively than he had a season ago. But a brutal early schedule and questions with Wilson and the team’s defense will likely prevent them from being a playoff team in 2022.

The Jets begin their season against the entire AFC North and then they play the Dolphins, Packers and Broncos. If the Jets can come out of that stretch 4-3 or 3-4, then maybe playoffs could be in the cards for Saleh’s team.

Right now, it seems the Jets are a year away from contending in a loaded AFC. But Saleh and general manager Joe Douglas appear to have the team headed in the right direction.

Prediction: 7-10 (tied for third place in the AFC East)