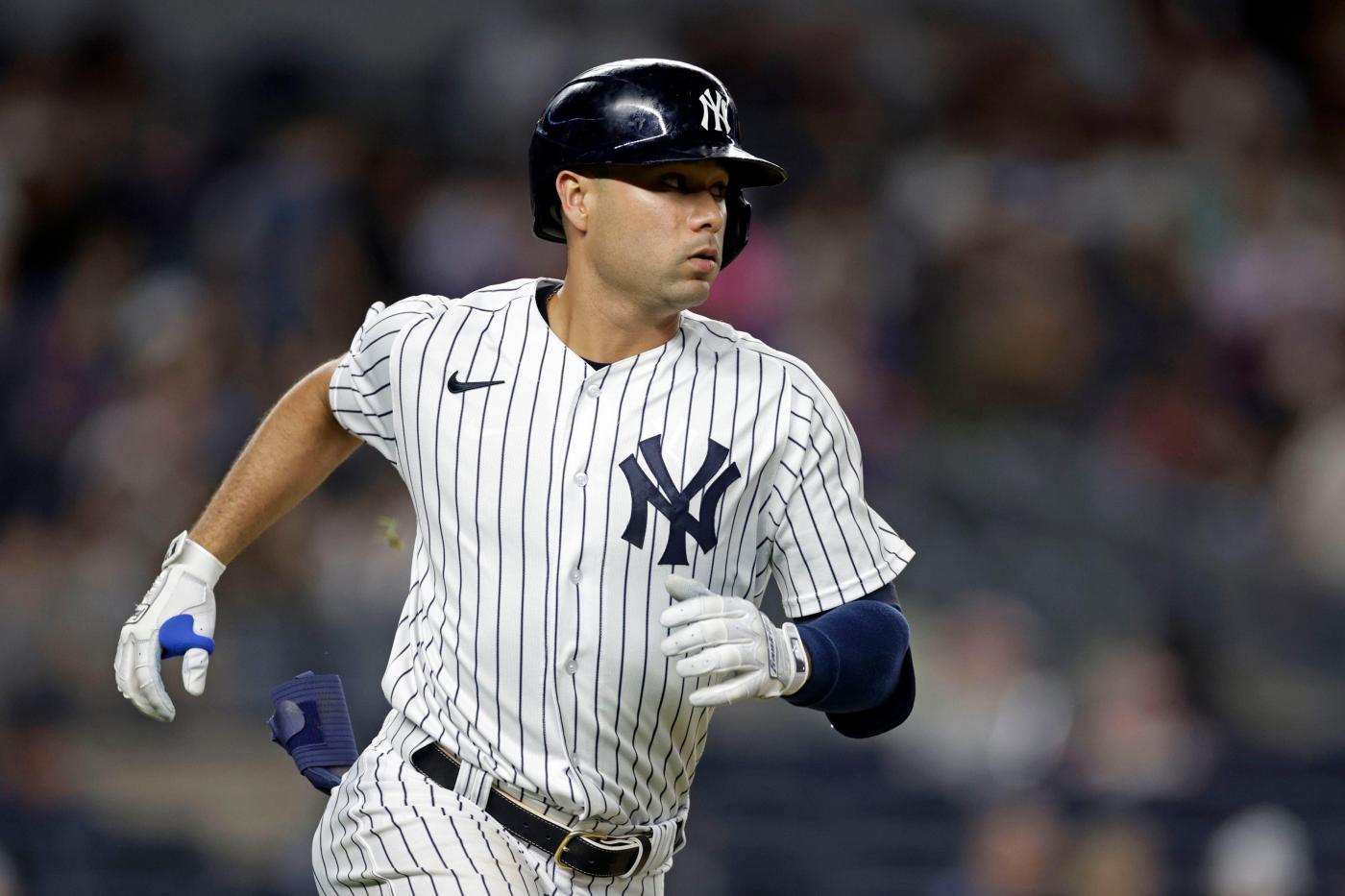 Isiah Kiner-Falefa may not have been the big-name shortstop that Yankees fans clamored for last winter. But he may be exactly the shortstop that the Yankees need to make that World Series run though.

While he doesn’t have the power of Carlos Correa or Corey Seager, Kiner-Falefa has been an impactful player for the Yankees this season. Tuesday night, Kiner-Falefa had the single that drove in the only two runs the Yankees would score in the 2-0 win over the Rays at the Stadium. And he made the defensive plays to help make those two runs stand up.

“That’s just when I have the most fun,” Kiner-Falefa said of the impactful, clutch plays. “I like being in those spots. When the team needs me most, I enjoy coming through. It makes me really happy and it helps the team. That’s my job. That’s why I’m here. I’ve been a little shaky on some plays this year, but I definitely feel like I can have games like I did tonight.”

Kiner-Falefa has played 230 games at shortstop, but also has been a catcher, second baseman and third baseman in the big leagues. He has just a 1 defensive runs saved rating and has had some shaky routine plays.

But Kiner-Falefa seems to come up big in the moments the Yankees need it most.

“Izzy’s a gamer, man. And he made a number of terrific plays tonight and obviously came up with a big hit,” Yankees manager Aaron Boone said. “He just does a lot of things to help you win games and he’s been in the middle of us winning a lot of games, whether it’s a big hit or a huge defensive play, and there were a couple of sparklers tonight.”

Those sparklers came in a clutch sixth inning.

He made an impressive dive to stop Ji-Man Choi’s grounder up the middle from bringing in any runs with one out. On the next play, Gerrit Cole forced Randy Arozarena to ground to Kiner-Falefa, who started the 6-4-3 double play to end the inning and preserve what ended up the final score.

“Him knocking it down right there, obviously, it’s huge,” Cole said. “If that’s not a defensive run saved, then I don’t know what one is.”

Kiner-Falefa’s line drive off Kluber to left-center field was one of the few the Yankees got off the Rays’ Corey Kluber Tuesday night.

“He was tough,” Kiner-Falefa said of trying to hit off Kluber. “I would just tell you my contact skills. He’s definitely a guy that it’s tough to drive … So whenever you can, just get a barrel on the ball and just find a way to drop something in and then use my contact skills in those situations.”

“I am working on more power, hopefully it’s coming,” Kiner-Falefa said. “For now I’m gonna try and drop something in.”

The Yankees had been linked to Kiner-Falefa for a while, but last winter the free-agent shortstop class was loaded. After the Yankees finally decided that they could not contend with Gleyber Torres at shortstop, the call from most fans was for a big-name shortstop. With two of their top prospects — Oswald Peraza and Anthony Volpe — shortstops, however, the Yankees were not looking to spend a lot of money and give up playing time to fill the position this season.

The Yankees acquired Kiner-Falefa, a lifelong Yankees fan, in a deal that sent struggling catcher Gary Sanchez and third baseman Gio Urshela to the Twins, who had just acquired him from the Rangers. The Yankees also got Josh Donaldson and catcher Ben Rortvedt in the deal. They felt Kiner-Falefa could be solid defensively and add some athleticism to their lineup.