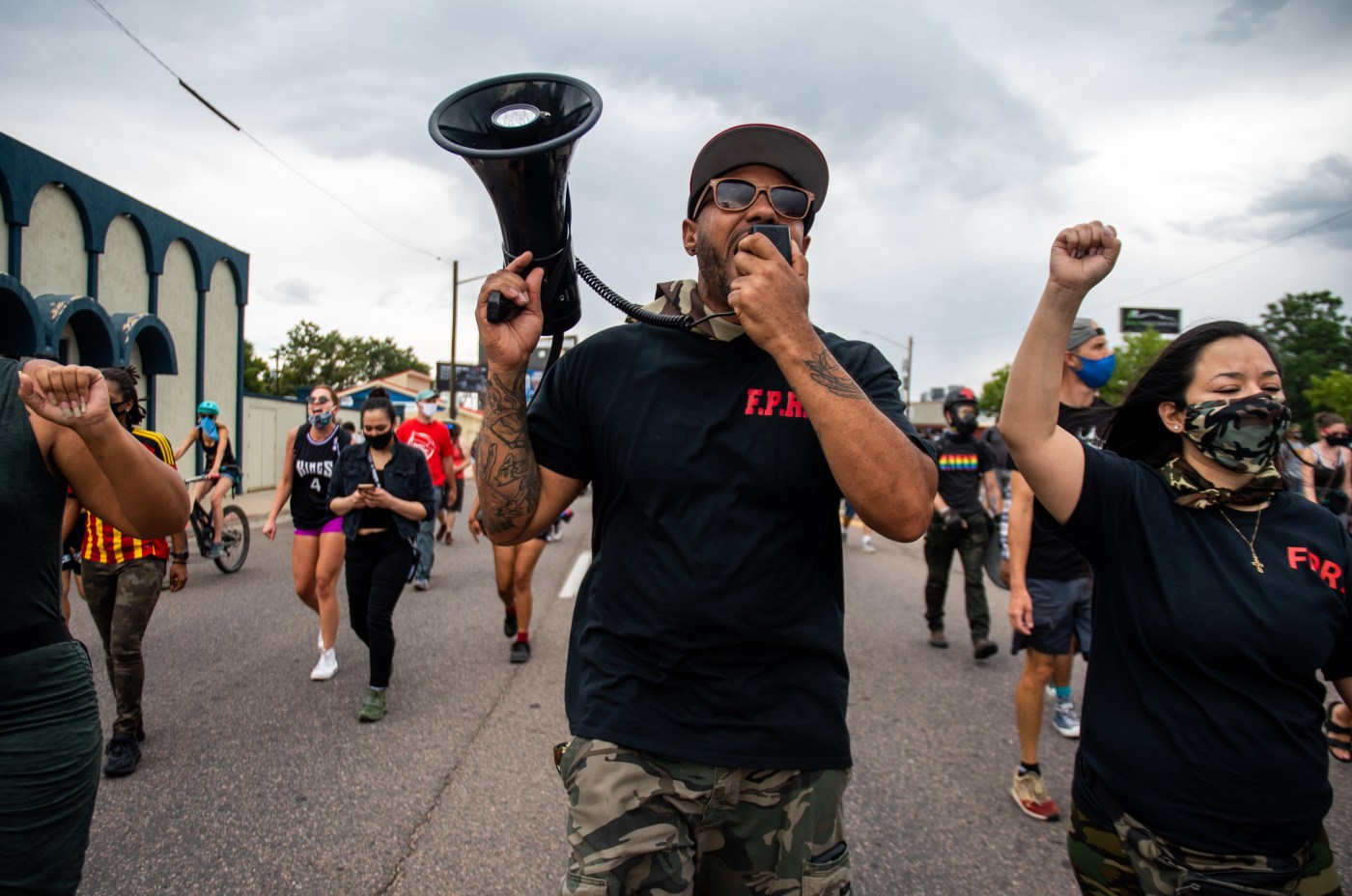 A mayoral candidate and longtime civil rights activist sued the city he hopes to lead this week, alleging that a Denver police officer needlessly fired pepper spray in his face while he led a peaceful protest in 2020.

Terrance Roberts filed the federal civil rights lawsuit Thursday against the city, Denver police Chief Paul Pazen and three unnamed police officers. The officer targeted Roberts because he was leading a rally in support of police accountability and protesting the killing of Black and brown people by police, said Mari Newman, Roberts’ attorney.

“No one deserves these types of physical and emotional abuses for doing what we have a constitutional right to do: peacefully assemble to fight tyranny and injustice,” Roberts said in a news release.

Roberts led the protest on the afternoon of July 19, 2020, in Civic Center as a counter-protest to a rally in support of law enforcement and then-President Donald Trump. Roberts was leading a group of protesters past the Greek Amphitheater in the park and talking on a bullhorn when an unidentified Denver police officer approached and sprayed him in the face without warning, the lawsuit states.

“When Mr. Roberts was baselessly attacked, he was simply leading the crowd in a peaceful protest,” the lawsuit states. “There was absolutely no basis to spray Mr. Roberts directly in the face with (pepper) spray or to inflict any force on him whatsoever.”

The pepper spray temporarily blinded Roberts and his eyes burned for several days after the officer sprayed him, the lawsuit states.

The lawsuit asks a judge to ban the Denver Police Department from using chemical agents against protesters and requiring its officers to give warning before using force against protesters, among other policy changes.

Roberts in April announced he would run for mayor in the 2023 election to succeed Michael Hancock. Roberts — a lifelong Denver resident and former gang member turned community activist — pledges to advocate for the poor and marginalized. If elected, he promises to change the culture of the Denver Police Department and divert money from the department to housing and food services, according to his website.