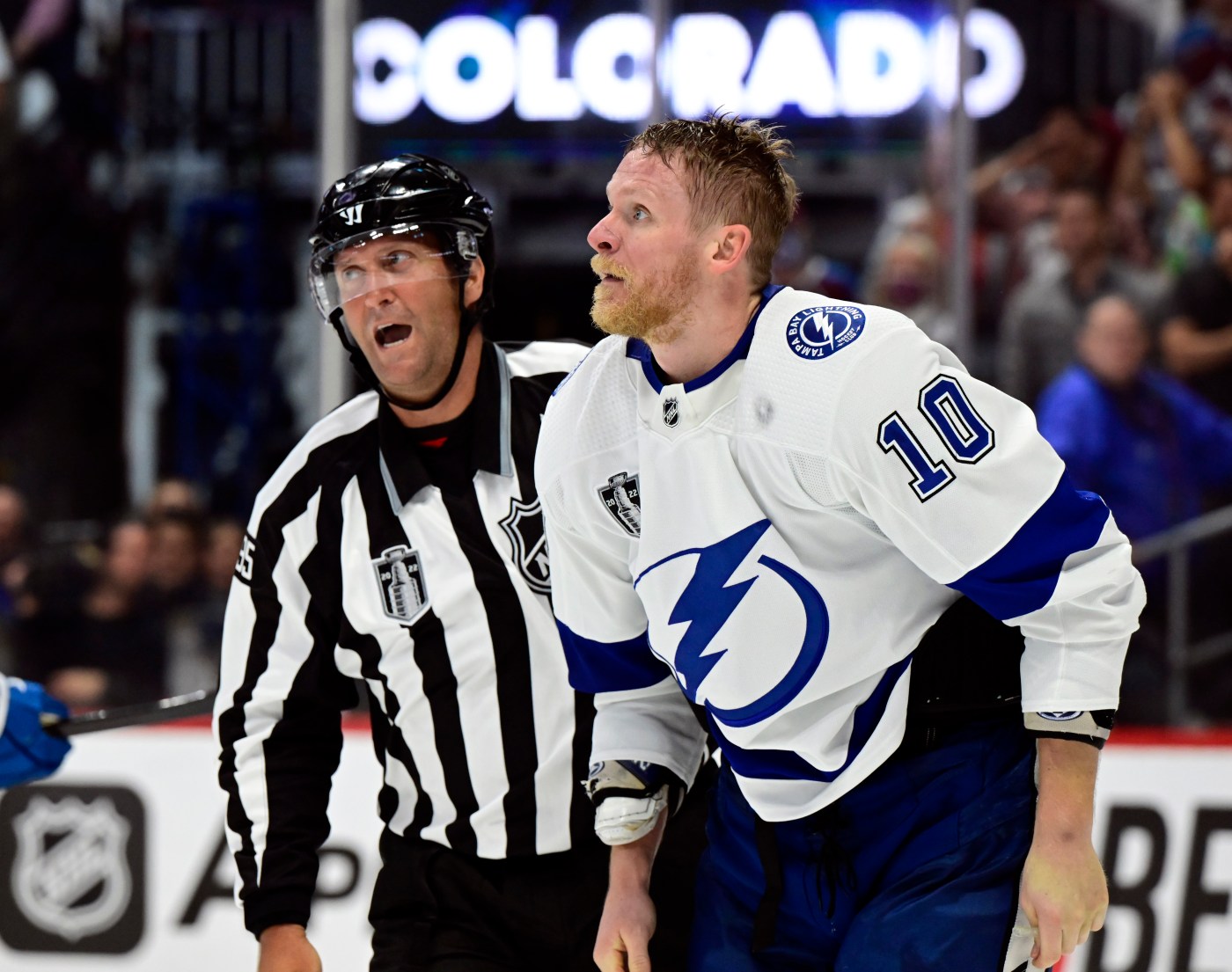 Cold as ice: Lightning coach Jon Cooper looked dumbfounded on Tampa Bay’s bench as the Avalanche bolted to a quick 2-0 start less than eight minutes into Saturday’s Game 2 of the Stanley Cup Final. The disastrous start was even more dispiriting because it was eerily reminiscent of Game 1. Before Game 2, Cooper had stressed the importance of the first 10 minutes of play. By that time, the Lightning was already down 2-0 and had logged just one shot on goal. The Avs’ first goal – a Valeri Nichushkin tap-in – came via a power play and was the product of a bad Lightning penalty. It was the first indication of the oncoming first-period onslaught. Colorado’s momentum, which Cooper vowed to stem, was overwhelming.

Defensive masterpiece: For an offensive juggernaut capable of skating opponents off the ice, the Avalanche’s defense was stifling. Tampa Bay had no offensive rhythm, no sustained pressure and conjured almost the same amount of shots (5) as the Avalanche had goals (4) almost halfway through the game. The Lightning’s frustration – at their inability to crack the Darcy Kuemper code and the mounting deficit – manifested in careless penalties and several instances of extracurricular activities. Kuemper’s incessant stonewalling elicited similarly loud cheers as the Avalanche’s relentless attack.

Dirty Perry: Lightning forward Corey Perry was hunting for trouble from the very first puck drop. In the first period, he got tangled up with Kuemper after his stick got lodged in one of his pads. The tense exchange ended with a shove to Kuemper’s chest. Late in the second period, with Tampa Bay down 5-0, Perry and Avalanche forward J.T. Compher wrestled each other to the ground inside the goalie crease. With Compher splayed on the ice, Perry put his weight on the forward’s leg to help himself up, then dropped his left knee on Compher’s ankle. Perry got four minutes of penalties, and Compher got a roughing minor. Perry’s unsportsmanlike conduct could warrant a fine from the NHL.

Corey Perry using JT Compher’s leg to get up lolol such a rat pic.twitter.com/9CzaYGC32t