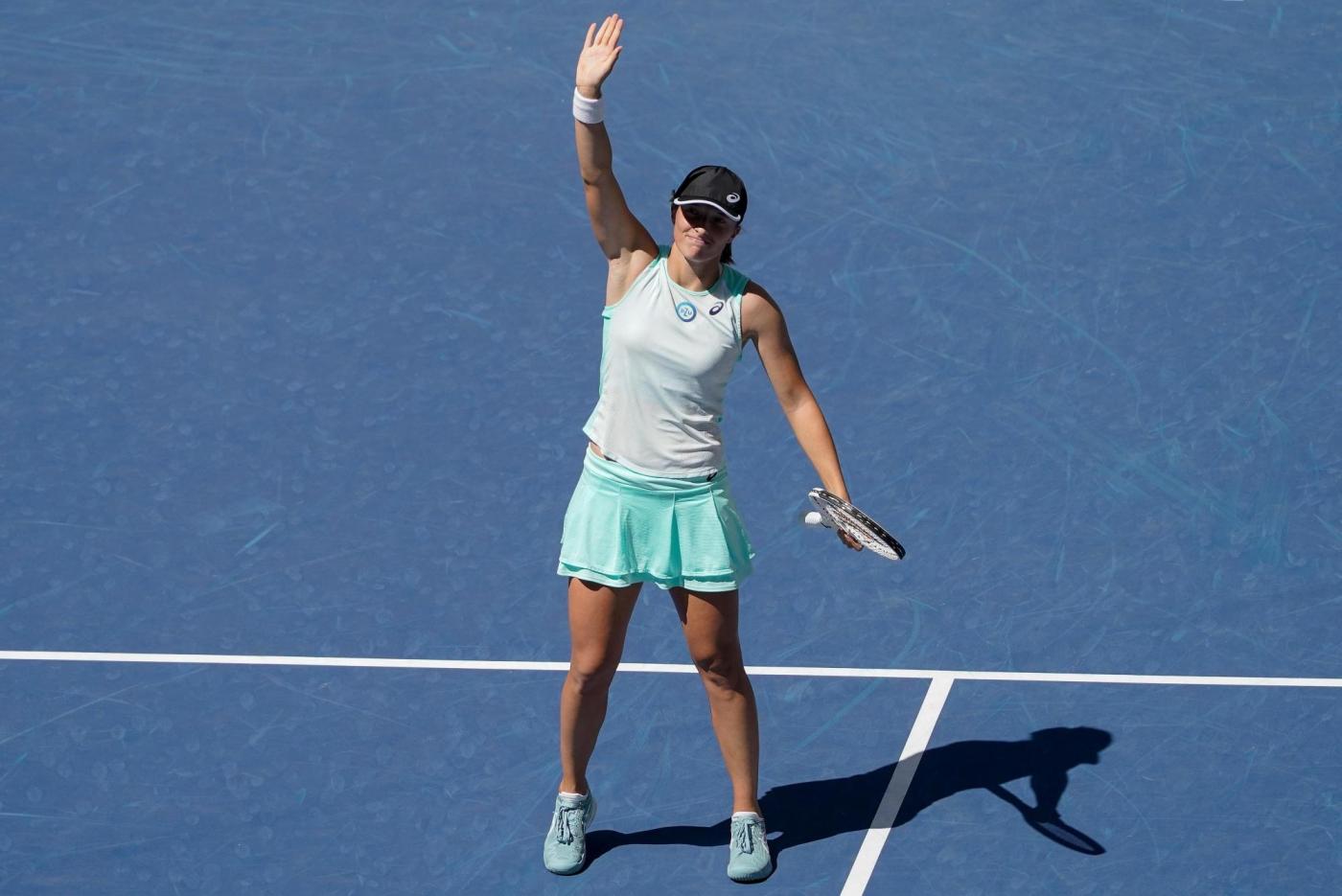 At this U.S. Open, even the world’s No. 1 player is a distant No. 2 as long as Serena Williams is still around.

“Yeah, that’s kind of her time right now,” Swiatek said. “I’m just, you know, playing and focusing on that, and that’s the most important thing for me.”

The two-time French Open champion beat 2017 U.S. Open winner Sloane Stephens 6-3, 6-2 on Thursday in the second round for her WTA Tour-leading 50th victory this season.

A day after Williams eliminated No. 2 seed Anett Kontaveit, with No. 3 Maria Sakkari losing earlier Wednesday, Swiatek perhaps looms as an even bigger threat to win a seventh title this year, something no woman has done since Williams in 2014. Past U.S. Open champions Naomi Osaka and Emma Raducanu have also been eliminated, along with 2021 runner-up Leylah Fernandez.

Swiatek came to the U.S. Open just 4-4 in her last eight matches after winning 37 straight, but has dropped just eight games through two rounds. She needed only 1 hour, 14 minutes to beat Stephens, having no trouble with her first match in Arthur Ashe Stadium.

“Honestly, I just tried to have the same kind of motivation or attitude as any other court, because it’s the best way for me to perform good,” Swiatek said.

Williams resumes what could be her final singles tournament Friday, leading off the night session on Ashe for the third time this week against Ajla Tomljanovic. First, she was back on Ashe in the Thursday night opener along with big sister Venus for their women’s doubles match against the Czech duo of Lucie Hradecka and Linda Noskova.

Four-time champion Rafael Nadal was following them against Fabio Fognini.

Other winners Thursday included No. 8 Jessica Pegula, No. 9 Garbiñe Muguruza, No. 13 Belinda Bencic and No. 26 Victoria Azarenka, who didn’t get a handshake from Marta Kostyuk after beating the Ukrainian player.

Azarenka is from Belarus, which helped Russia launch its invasion of Ukraine.

“I just don’t think it’s the right thing to do in the circumstances I’m in right now,” Kostyuk said about a handshake, instead offering only a racket tap at the end.

No. 3 Carlos Alcaraz tied for the season lead in victories on the men’s tour with his 46th by beating Federico Coria of Argentina 6-2, 6-1, 7-5.

He will play the 19th-year-old Alcaraz next.

“I’m going to bring in my best,” Alcaraz said. “It’s going to be a good, competitive battle out there.”

Gauff is also still alive in singles, facing fellow American Madison Keys on Friday afternoon. But she and Pegula were also counting on a long run in doubles, as they made in reaching the French Open final.

Gauff recently became the second-youngest player to reach No. 1 in the WTA doubles rankings. She had already reached the U.S. Open final last year with Caty McNally.