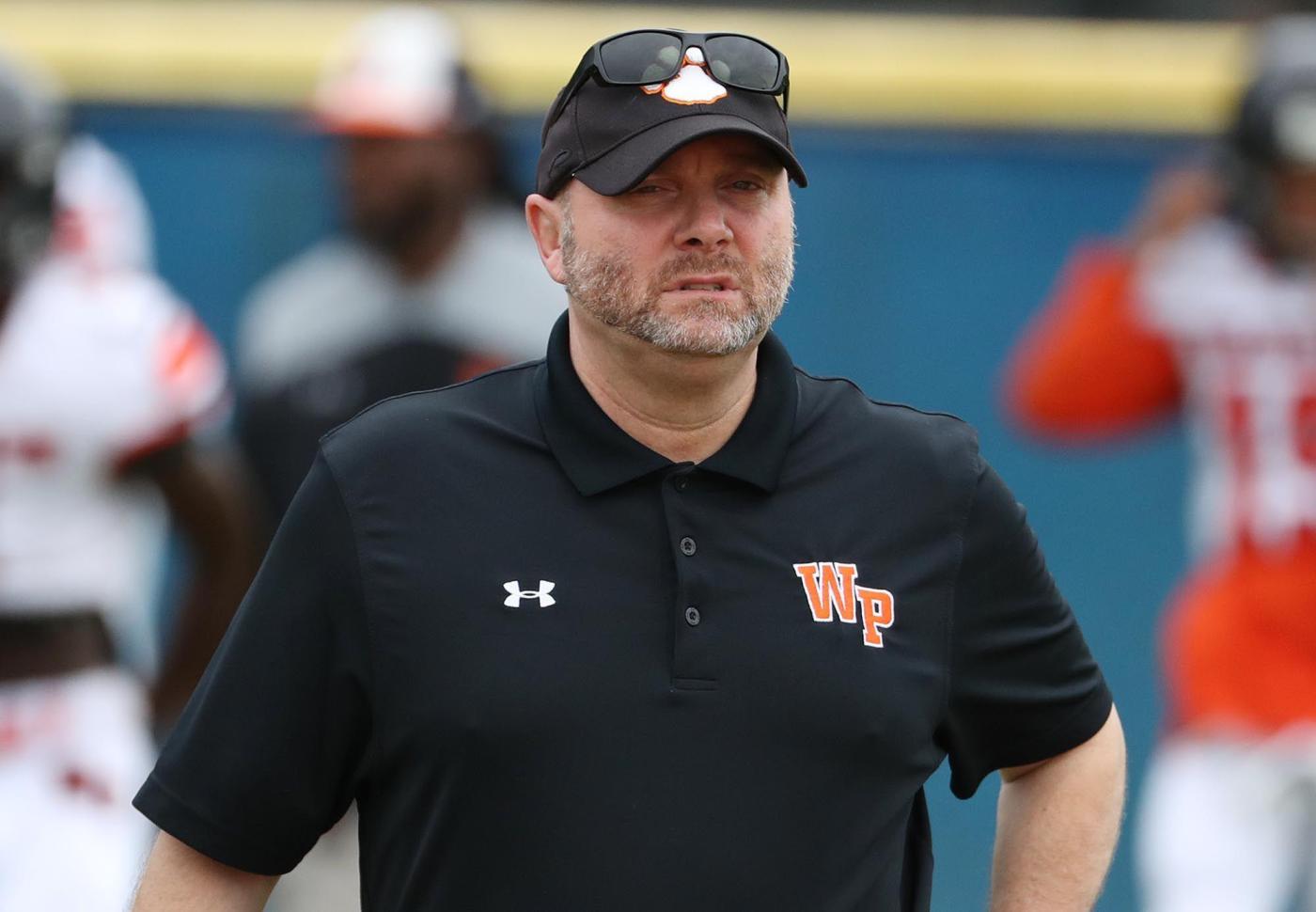 Jones High and Winter Park football teams were reminded of home while competing on the road against out-of-state opponents over the weekend.

The Tigers were treated to a tour of Cowboys Stadium and got a visit from former Jones player Nate Newton while in Texas ahead of a game vs. national power Duncanville.

Newton, a six-time Pro Bowl player and three-time Super Bowl champion with the Dallas Cowboys, was inducted into the Black College Hall of Fame in June. He starred for Florida A&M as an offensive and defensive lineman from 1979-82.

It’s the second time Jones’ senior class has heard from Newton, who along with younger brother Tim Newton, spoke to the team before its state-championship game appearance in 2019. Tim Newton played at the University of Florida and for three NFL teams after graduating from Jones.

“They’ve been supportive and been around the program,” Jones coach Elijah Williams said. “It’s always huge when you’ve got alumni that did so well [in their careers] do things like that. It was awesome for the kids.”

The Tigers kept it close with Duncanville throughout the first half before losing 44-21. The Panthers rank No. 16 in the country in the MaxPreps Xcellent writers’ poll.

Dylan Wade rushed for 2 touchdowns in the second quarter and Derrick Rogers caught 7 passes for 134 yards and one score for Jones. Jayden Gillins intercepted a pass while Cory Andrews and Dallas Coy each recorded sacks.

The Tigers opened with a preseason loss against national No. 30 Miami Northwestern and a win at state runner-up Cocoa. Jones will use its bye this week to rest and recover in time for a Class 3M (Metro) district home opener against unbeaten Edgewater.

“When you play opponents like that, they’re easily going to expose weaknesses and some things you’ve got to fix,” Williams said. “The bye is perfect timing for us.”

It took four buses and 12 hours for Winter Park to return from an eventful trip to Suwanee, northeast of Atlanta.

The Wildcats were traveling south along I-75 on Saturday “somewhere between [the towns of] Macon and Tifton,” according to head coach Tim Shifflet, when their charter bus broke down.

“An unbelievably great trip turns into this,” Shifflet said with a laugh. “We were stranded and had to start scrambling for rides.”

Local police helped secure a school bus that was used to shuttle the team to a fast-food restaurant. While some hitched rides home with parents who made the trip by car, the rest of the group boarded a charter bus to Valdosta, where another bus awaited for the final 200-plus miles.

“Everything was smooth until then,” Shifflet said. “We had a great time during team meals and got to practice at a college facility, and then we go and win the game.”

Winter Park broke open a close contest at North Gwinnett, the No. 12-ranked team in Georgia, during a 31-19 win. Senior quarterback Aidan Warner celebrated his birthday that day by finishing 14-of-30 passing for 216 yards with 3 TD tosses to Oliver Van Dyke.

The Wildcats trailed 10-7 at halftime following a hard rain shower in the second quarter that Shifflet said was reminiscent of what’s being experienced early this season in the Orlando area.

North Gwinnett is coached by Bill Stewart, a former UCF linebacker and Orlando Predators arena football player. Stewart served as linebackers coach and travel coordinator at UCF from 1993-95 and was a history teacher and defensive coordinator at Apopka from 1995-98.

Of the 67 football programs in the Orlando Sentinel coverage area, just 18 teams enter Week 3 with 2-0 records. That includes Lake Highland Prep, which has a bye this week.

Friday matchups between Sentinel Super 16 unbeatens include No. 2 Edgewater at No. 8 West Orange, No. 5 Boone at No. 7 Winter Park and No. 6 Lake Mary at No. 12 Oviedo.

Perhaps most surprising among the unbeaten bunch are Cypress Creek and Horizon. Cypress Creek hasn’t won more than two games in a season since going 3-7 in 2017. Horizon, in its second year, went 2-8 in 2021 without a senior class.

Key broke two tackles before scoring a touchdown in overtime and finished with 10 catches for 236 yards and 3 scores during a 28-27 win at Kissimmee Osceola. Key was part of an offense that produced 493 yards against a defense boosting four senior Division I recruits.

Ficka did it all for West Orange on defense while tallying 10 tackles, 2 sacks and an interception during a 13-6 home win against 2021 state runner-up Apopka.

They join Week 1 players of the week DJ Scott of Oviedo and Jackson Bennett of Windermere Prep on Monday for formal recognition at The Tap Room at Dubsdread in Orlando.

CFCA plays at New Smyrna Beach (1-1) in the only Thursday contest featuring an area team. Kickoff is scheduled for 7 p.m. The game will be broadcast live by Varsity Sports Network at VarsitySportsNetwork.org.

Senior running back Marcus McCrimmon Jr. has rushed 57 times for 439 yards and 6 TDs for CFCA. Seniors Justin Preaster and Lavon Hudson each has 2 TD receptions.