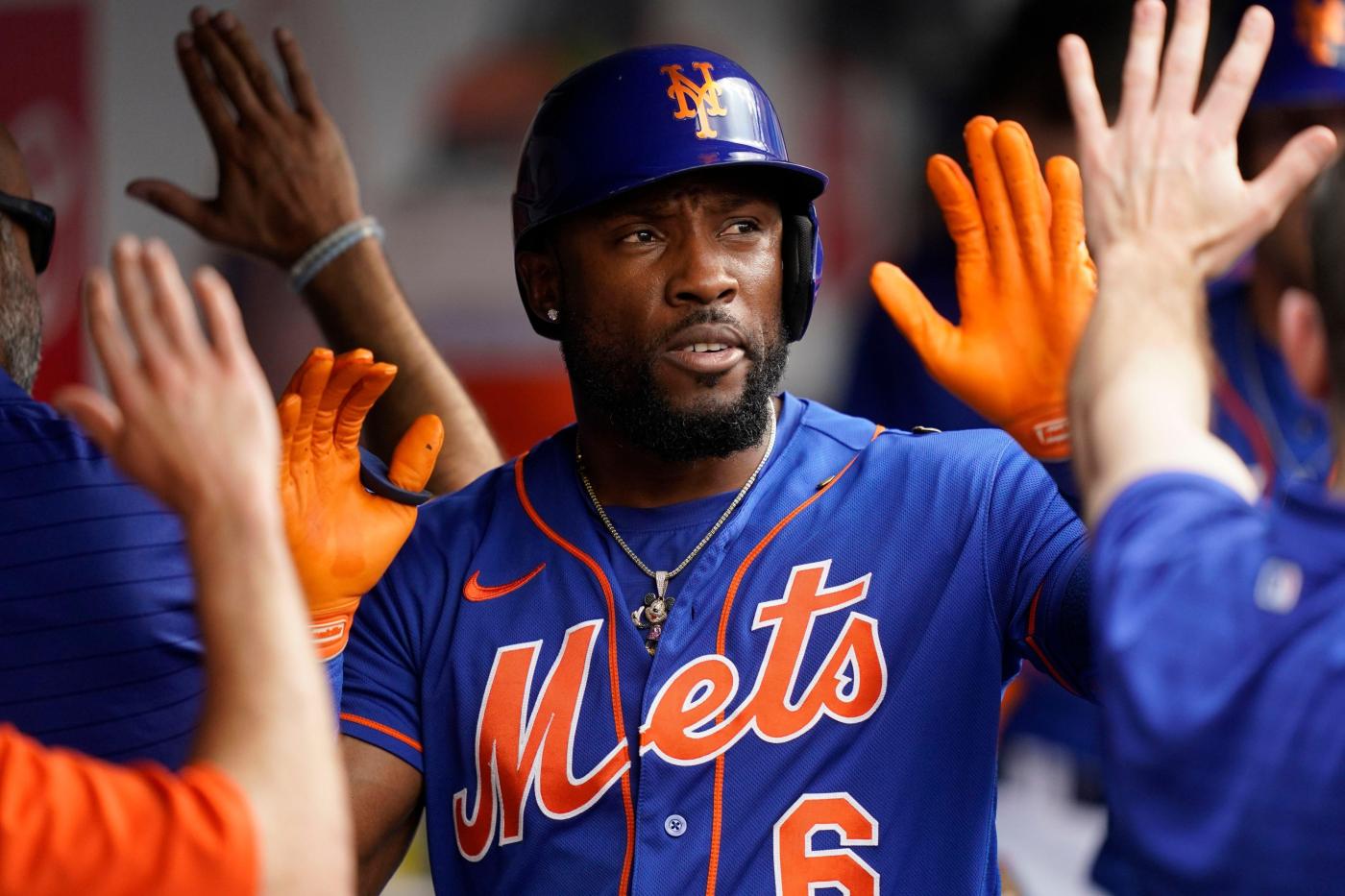 On a team littered with superstar acquisitions (Francisco Lindor and Max Scherzer), homegrown talent (Pete Alonso, Brandon Nimmo and Jeff McNeil) and fan favorites (Luis Guillorme and Mark Canha), one person on the Mets’ roster is sneakily having yet another marvelous season.

Starling Marte, the former Pirate, Diamondback, Marlin and Athletic playing his first season in Flushing, has been as advertised. The outfielder arrived with two Gold Gloves and an All-Star Game appearance on his resume, but at 33 years old, there was no guarantee that he would enjoy the same success as a Met.

With the All-Star break less than two weeks away, Marte has proven that he’s still got it, and then some. As the Mets get ready to open a series with Marte’s old Miami mates on Thursday, he is hitting .288 with a .341 on-base percentage and .462 slugging percentage, his highest since 2019.

Marte’s ten stolen bases are the most on the team, as are his 50 runs scored. He’s a close second in hits and doubles and places third in OPS. Settling in nicely in the second spot in the lineup, Marte’s terrific season has directly led to Alonso and Lindor being among the top five National League hitters in RBI.

By FanGraphs’ version of Wins Above Replacement, Marte is the NL’s tenth-best outfielder. He’d come in even higher if players who bounce around to other positions (Dodgers’ utilityman Gavin Lux, Arizona’s outfield/catcher hybrid Daulton Varsho and his own teammate McNeil) were excluded. With McNeil and Nimmo — who is second on that list to Mookie Betts — both on pace for the best seasons of their careers, the Mets have an embarrassment of riches in places they probably weren’t expecting.

All three are excellent players in their own right. But when Billy Eppler and Steve Cohen began putting this roster together in the winter, Lindor and Alonso were the clear lead singers on offense, with everyone else providing backing vocals or some tasty bass lines. Scherzer and Jacob deGrom were expected to take care of the top of the rotation, and before it was revealed that deGrom had a stress reaction in his scapula, if those two combined for 55 starts, one could have reasonably expected the Mets to win 45 of them.

Instead, on July 7 the Scherzer-deGrom duo has made nine starts, all of them by Scherzer. The Mets are still 51-31, leading their division, a few strokes of batted ball luck away from having the best record in the National League. Marte is a huge part of that, as his 131 wRC+ has buoyed a Mets’ lineup that’s been prone to spells of inconsistency.

If anyone on the team had a reason to slump, it was Marte. On May 17, he went on the bereavement list following his grandmother’s death. This was the same grandmother who took care of Marte after his mother died when he was a 10-year-old in the Dominican Republic. On top of that, his placement on the bereavement list came one day before the two-year anniversary of his wife’s sudden death from a heart attack.

When he came back and joined the team in Colorado, Marte walloped an emotional home run on the first pitch he saw. It was immediately one of the most heartfelt moments of the Mets’ season — one that made Buck Showalter say he’s glad he had some sunglasses to shield his teary eyes — and it also may end up as a turning point in Marte’s season.

“She was the one who taught me things, she was the one who gave me the education and pretty much the character I have today,” Marte said of his late grandmother, Brigada Gonzalez. “It’s a hard situation because it’s one of those things that’s going to be in my mind for a very long time. But being around the team, in a sense it is a distraction, but at the same time it is what it is. You kind of have to go through it, because things happen in life and we’re just going to try to go along with it.”

When he briefly left the team, returning home to be with his family during that excruciatingly difficult time, Marte was slashing .266/.311/.403 (.714 OPS). Since then, he’s been torching the ball. Marte is running a .309/.368/.517 slash line (.885 OPS) since May 21, his first day off the bereavement list. Coincidence, divine intervention, or whatever you want to call it, the production Showalter is getting from Marte has been invaluable.

Marte is also one of the NL’s finalists for a starting outfield spot at the All-Star Game. Whether he gets in the starting nine, or has to settle for a spot on the bench, he’s more than deserving of the recognition.

It’s hard to have a season like the Mets are having without contributions from every single person in uniform. For Marte, those contributions are one of the Mets’ very best stories of a promising first half.