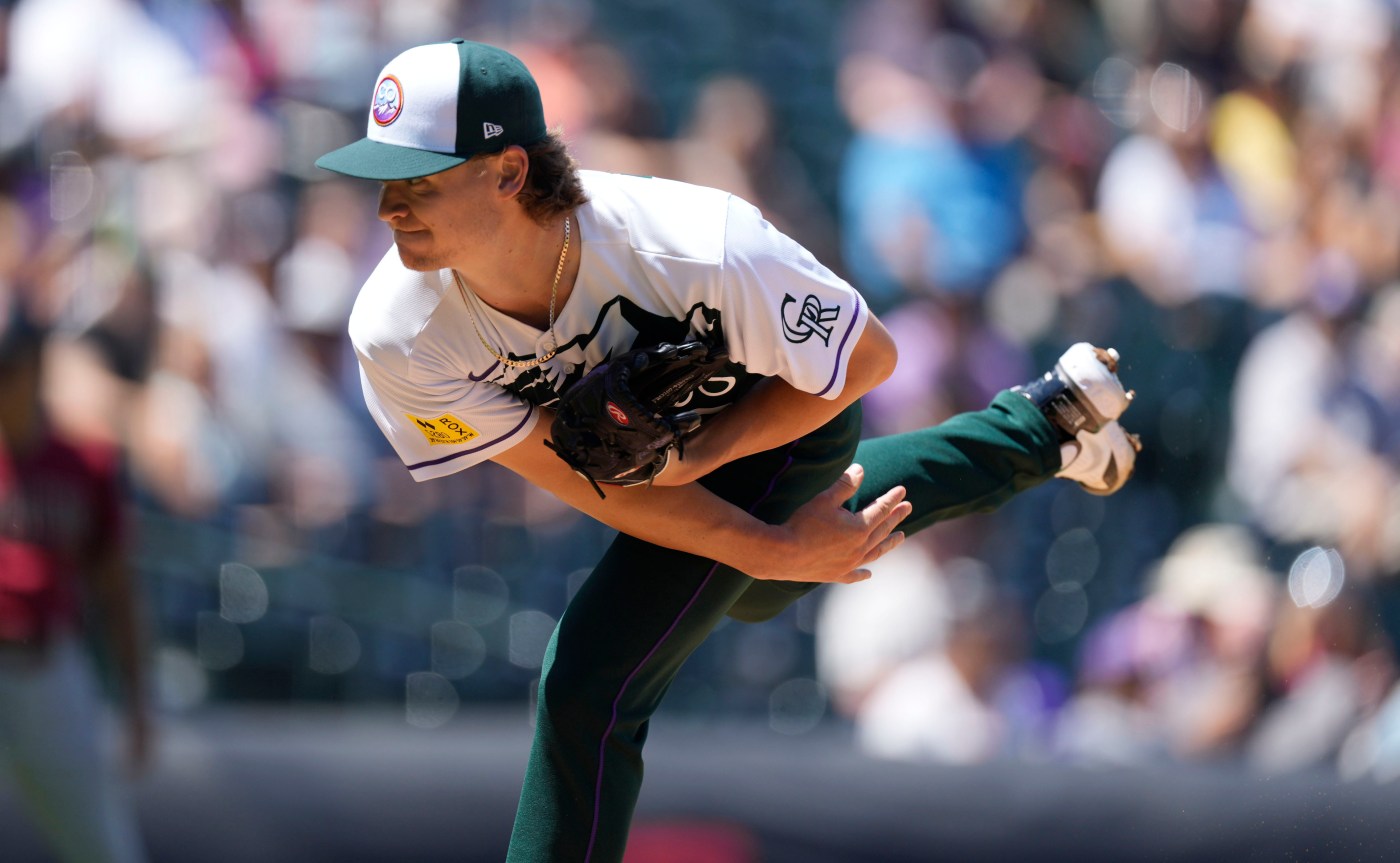 The Rockies were late to the party Sunday afternoon and it cost them.

By the time they put on their hitting shoes in the sixth inning, they trailed Arizona 7-0. The Rockies rallied, but came up short,  falling 7-4 at Coors Field.

Arizona took two of three games in the series and the Rockies finished their six-game homestand 3-3.

It was ugly for Colorado early on, conjuring up a quote from John McKay, the ever-pithy, legendary football coach, who once said: “We didn’t tackle well today but we made up for it by not blocking.”

Substitute baseball for football and you’ve described the Rockies’ performance Sunday. They didn’t pitch well but they made up for it by not hitting until late in the game. They also didn’t field well and starter Ryan Feltner neglected to hold men on base, leading to three stolen bases by the Diamondbacks.

For five-plus innings, the Rockies were flummoxed by rookie left-hander Tommy Henry who was making his third big-league start and first-ever appearance at Coors Field. He gave up just two hits and held the Rockies scoreless into the sixth inning, extending the Rockies’ scoreless streak to 15 innings, going back to Friday night’s game.

Colorado’s bats finally came alive on a single by C.J. Cron, a two-run double by rookie Elehuris Montero and an infield single by Ryan McMahon, cutting Arizona’s lead to 7-3.

Arizona’s big hits came off the bat of Christian Walker, who came up a triple short of the cycle. He scorched an RBI double in the first, hit a three-run homer in the third, singled in the fifth and doubled in the ninth.

Jake McCarthy stole second base off Feltner in the second and stole third in Arizona’s two-run fourth. Leadoff hitter Josh Rojas swiped second to get into scoring position in the third.

Colorado committed two errors, one of them costly.  In the fourth, Cooper Hummel got an infield single and advanced to second on second baseman Brendan Rodgers’ wild, rushed throw to first. Hummel came around to score on McCarthy’s single.

In the sixth, Arizona’s Josh Rojas singled home Geraldo Perdomo, who had doubled off reliever Austin Gomber. Rojas took second on right field Randal Grichuk’s error but was stranded when Gomber got out of the inning.

Colorado threatened in the ninth. Connor Joe opened the inning with a walk before Randal Grichuk lined out to deep center. Brendan Rodgers then hit a routine grounder to second baseman Josh Rojas, but shortstop Geraldo Perdomo muffed the catch on the force play at second and Colorado stayed alive. But C.J. Cron lined out to right field and closer Ian Kennedy struck out Elehuris Montero looking on a 3-2 pitch.

The Rockies are off on Monday before beginning a three-game series at St. Louis on Tuesday. Colorado took two of three games from the Cardinals at Coors Field last week.