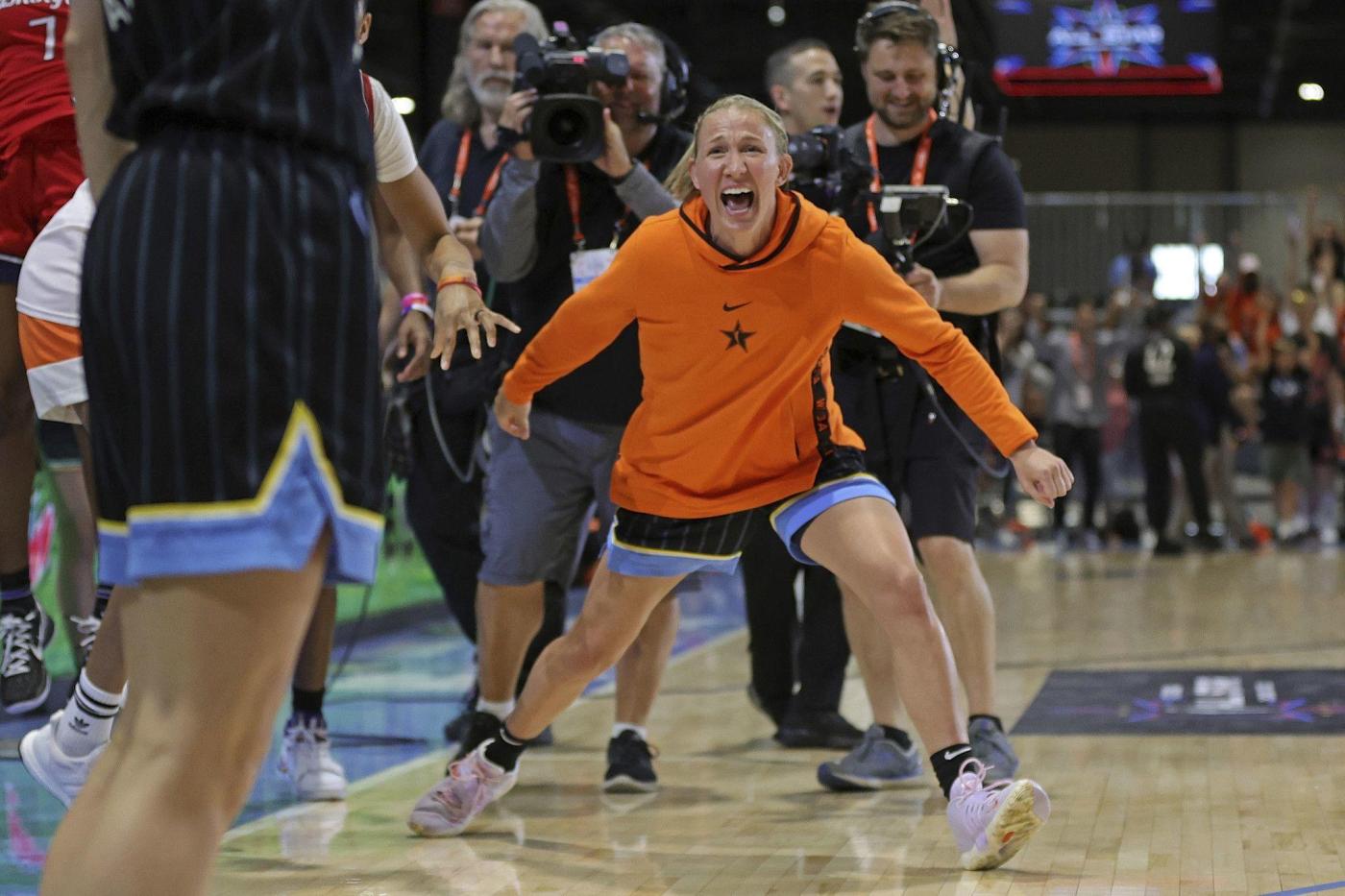 After months of pleading and questioning, Allie Quigley was done hearing the noise.

The three-time All-Star finally succumbed to demands to appear in the 3-point contest after she had sworn the year before she wasn’t going to participate again.

“It’s really cool to be a part of history with some of the greatest shooters,” Quigley said. “It’s just feels great to have that confidence from my coach, everybody in Chicago and my teammates. They’re always hyping me up and letting me know how good of a shooter I am. That really helps me go out there and do what I do.”

Quigley cruised in the first round, leading all scorers with 26 points. She went against Ariel Atkins and Rhyne Howard in the final round and needed only 21 points to win when she stepped up to the rack.

It didn’t take long for her to run away with the win, claiming victory in the second to last rack. As Quigley, who finished with 30 points, was taking her final shot, the announcer yelled over a boisterous crowd, “Allie Quigley has done it again!”

Her teammates ran over from their seats to greet Quigley after she won. Her wife and teammate, Courtney Vandersloot, picked her up in celebration. The sharpshooting Joliet native’s family was also in attendance.

Before the start of the 3-point contest, Candace Parker wore Quigley’s DePaul jersey. When asked where she thinks Quigley lands in professional basketball history among the greatest shooters, Parker had a simple answer.

James Kay is a freelance reporter for the Chicago Tribune.