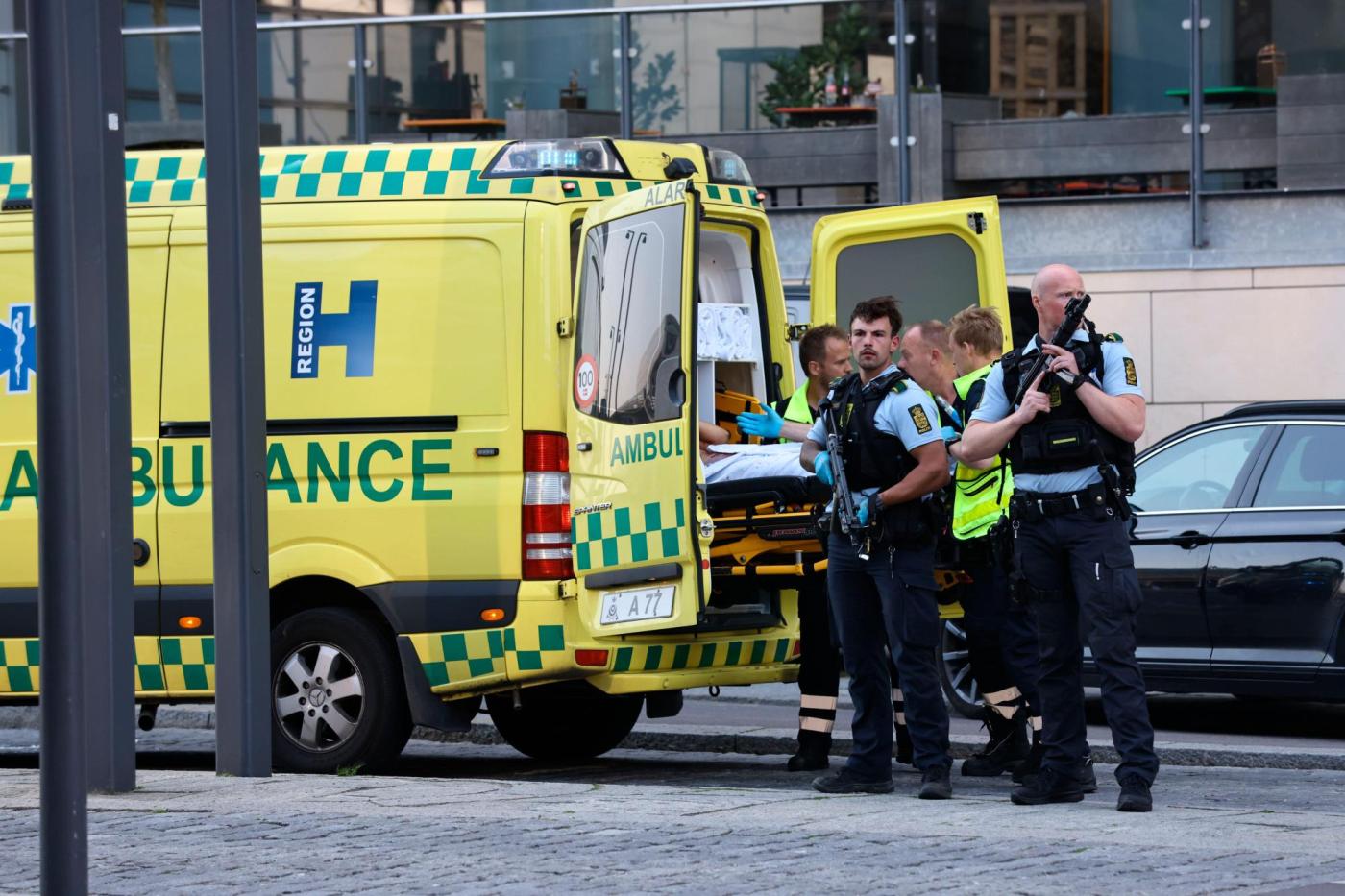 COPENHAGEN, Denmark (AP) — Danish police said Sunday that several people were shot at a Copenhagen shopping mall, one of the largest in Scandinavia.

Copenhagen police said that one person has been arrested in connection with the shooting at the Field’s shopping mall, which is close to the city’s airport. Police tweeted that “several people have been hit,” but gave no other details.

Copenhagen Mayor Sophie H. Andersen tweeted: “Terrible reports of shooting in Fields. We do not yet know for sure how many were injured or dead, but it is very serious.”

Images from the scene showed people running out of the mall, and Denmark’s TV2 broadcaster posted a photo of a man being put on a stretcher. Witnesses said people were crying and hid in shops.

Laurits Hermansen told Danish broadcaster DR that he was in a clothing store at the shopping center with his family when he heard “three-four bangs. Really loud bangs. It sounded like the shots were being fired just next to the store.”

A huge presence of heavily-armed police officers was on hand, with several fire department vehicles also parked outside the mall.

“One person has been arrested in connection with the shooting at Fields. We currently are not able to say more about the person concerned,” Copenhagen police tweeted. “We have a massive presence at Fields and are working on getting an overview.”

The shopping center is on the outskirts of Copenhagen just across from a subway line that connects the city center with the international airport. A major highway also runs adjacent to Fields, which opened in 2004.

A concert by former One Direction band member Harry Styles was scheduled to be held at 8 p.m. (1800 GMT; 2 p.m. EDT) at the nearby Royal Arena. It was unclear whether the concert would be held.

On Snapchat, Styles wrote ”My team and I pray for everyone involved in the Copenhagen shopping mall shooting. I am shocked. Love H.”

Shortly after the shooting, the royal palace said a reception with Crown Prince Frederik connected to the Tour de France cycling race had been canceled. The first three stages of the race were held in Denmark this year, the palace said in a statement. The reception was due to be held on the royal yacht that is moored in Soenderborg, the town where the third stage ended.