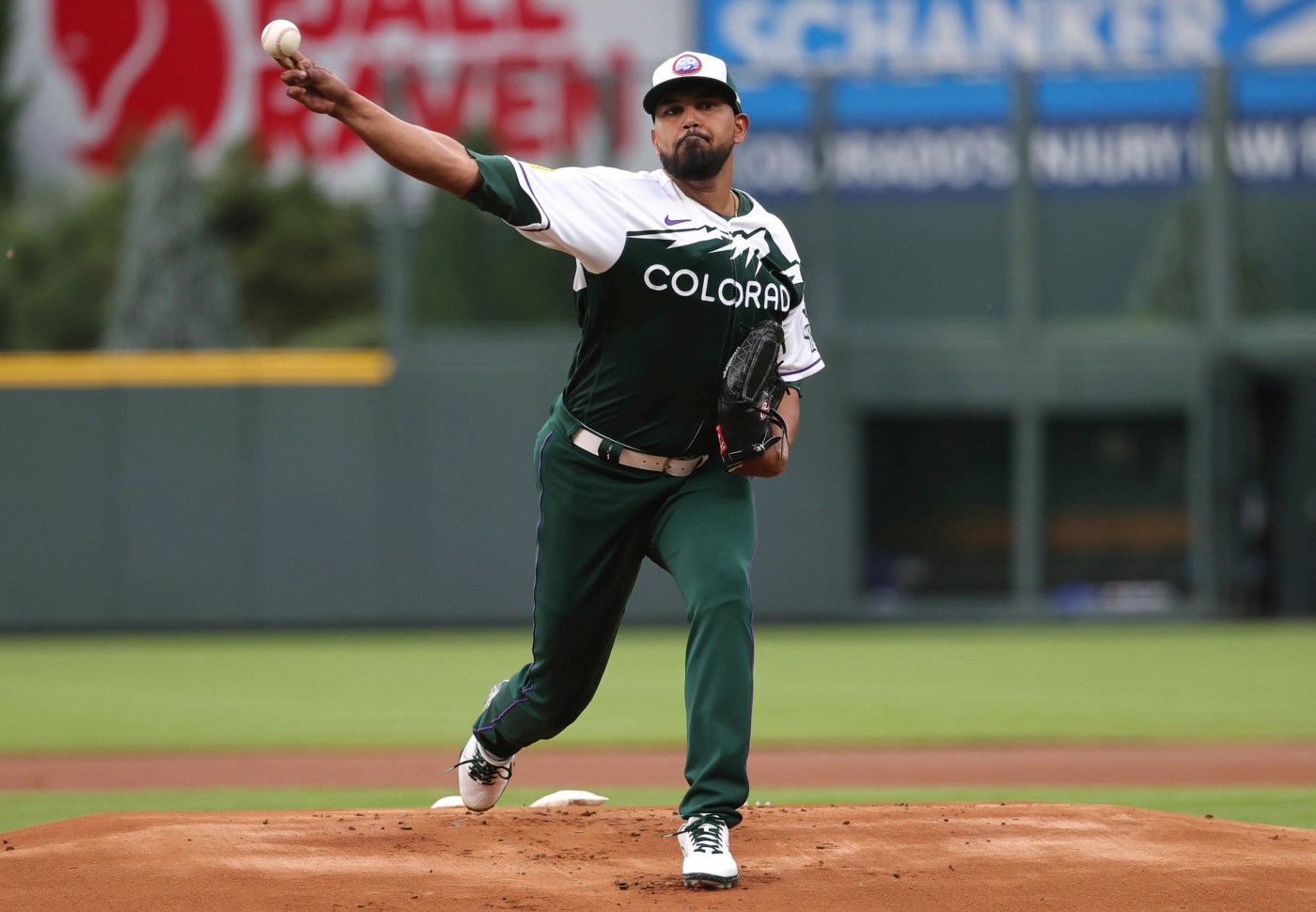 Prior to Saturday night’s game, Rockies’ third baseman Ryan McMahon was talking about his slump and how he was trying to dig his way out of it.

“It’s usually not caring (about the slump) and just relaxing and going out and playing the game,” he said. “It’s hard to do, but at the end of the day this isn’t a try-hard league, this is a get-(stuff)-done league.”

McMahon certainly got stuff done against the Padres.

His solo homer to right field in the eighth inning off Luis Garcia lifted the Rockies to a 5-4 win over San Diego, their ninth consecutive win over the Padres at Coors Field. McMahon went 3-for-3 with a walk.

San Diego threatened in the ninth, putting two on against Bard, but he struck out National League MVP candidate Manny Machado looking and got Luke Voit to ground out to second to end the game. Bard notched his 14th save of the season.

Blackmon led off the first with a two-out double and trotted him home on Cron’s 429-foot homer to left off San Diego starter Nick Martinez. It was Cron’s 17th long ball of the season and his third in the last two games.

Blackmon, who’s been on a tear in June, hit the ball 438 feet and into the second deck above right field in the fifth off Martinez. Blackmon’s 11th homer of the season scored Yonathan Daza, who had led off with a single, and tied the game 4-4.

At times Saturday night starter German Marquez looked like the all-star from a year ago, getting big strikeouts in key moments utilizing his knuckle curve. He gave up four runs on eight hits over five innings, striking out seven and walking two.

In the first inning, with two on base, he fanned Eric Hosmer with the pitch. In the second, after giving up a one-out double to Jorge Alfaro, he struck out Trent Grisham swinging at a curve and Ha-Seong looking at a curve.

San Diego rattled him in the third, scoring a run on Voit’s RBI double, but Marquez unleashed his curveball again, striking out Eric Hosmer and Nomar Mazar with two Padres on base.

But Marquez’s command deserted him in San Diego’s three-run fifth and he started leaving meatballs over the plate. Jake Cronenworth led off with a double and Machado followed with a two-run blast to left-center. Then Voit hit a line drive to left that Connor Joe misplayed into a double over his head and Hosmer’s follow-up double gave San Diego a 4-2 lead.

Senzatela is coming off a quality start vs. Cleveland on Tuesday at Coors Field when he was charged with three earned runs on eight hits and a walk while striking out four in a 4-3 extra-inning loss. He did not factor into the decision. The right-hander, who relies on groundball outs, is averaging just 4.6 strikeouts per nine innings this season, last in the majors among starters and down significantly from his career average of 6.0 strikeouts per nine. Senzatela has made 17 career appearances against the Padres (11 starts), going 7-3 with a 3.30 ERA. He is 5-1 with a 3.06 ERA in 10 games (seven starts) against San Diego at Coors Field.

Snell is struggling to be the pitcher the Padres thought he would be, as his 5.04 ERA illustrates. But he pitched well last Sunday in his start against the Rockies at Petco Park, notching seven strikeouts while walking just two in a 4-2 loss. In the start before that, Snell allowed season highs in hits (seven) and earned runs (four) in an 11-5 loss to the Mets. That outing included a 43-pitch first inning. Snell is 2-0 with a 3.34 ERA in six starts vs. the Rockies. He’s 1-0 with a 6.08 ERA in three starts at Coors Field.

Trending: Friday night, left-hander Kyle Freeland became the first Rockies starter to not record a strikeout through seven or more innings since Jorge De La Rosa vs. Arizona on June
3, 2014.

At issue: Second baseman Brendan Rodgers entered Saturday’s game hitting 1-for-15, with three strikeouts and four walks, and had grounded into three double plays during the first four games of the current homestand.