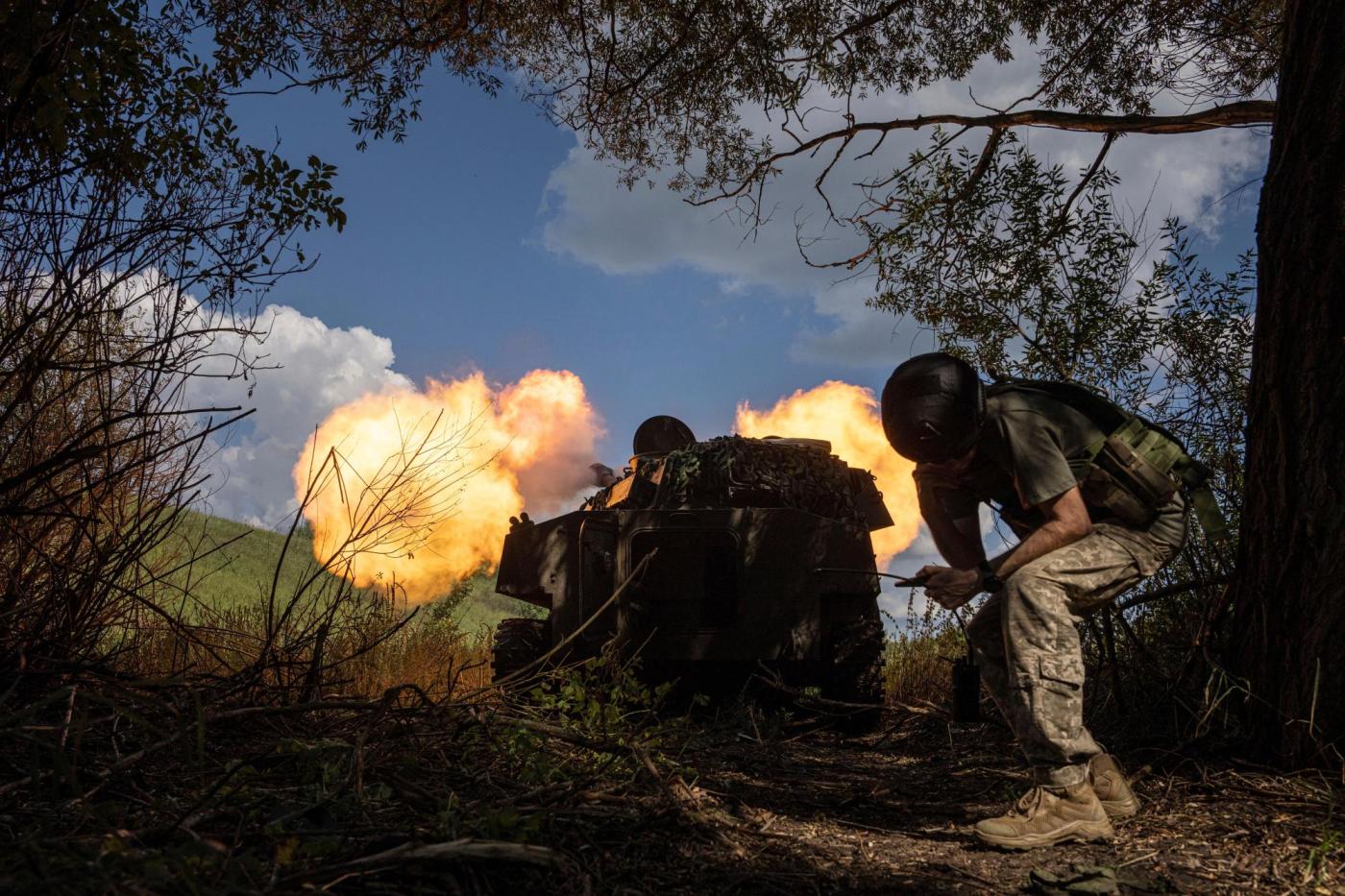 KYIV, Ukraine (AP) — Russian forces on Thursday launched massive missile strikes on Ukraine’s Kyiv and Chernihiv regions, areas that hadn’t been targeted in weeks, while Ukrainian officials announced an operation to liberate an occupied region in the country’s south.

Kyiv regional governor Oleksiy Kuleba said on Telegram that a settlement in the Vyshgorod district of the region was targeted early on Thursday morning; an “infrastructure object” was hit. It wasn’t immediately clear if there were any casualties.

Vyshhgorod is located 20 kilometers (about 12 miles) north of downtown Kyiv. Kuleba linked the strikes with the Day of Statehood, which Ukraine was marking for the first time on Thursday.

“Russia, with the help of missiles, is mounting revenge for the widespread popular resistance, which the Ukrainians were able to organize precisely because of their statehood,” Kuleba told Ukrainian television. “Ukraine has already broken Russia’s plans and will continue to defend itself.”

Chernihiv governor Vyacheslav Chaus reported that multiple missiles were fired from the territory of Belarus at the village of Honcharivska.

Russian troops withdrew from the Kyiv and Chernihiv regions months ago after failing to capture either. The renewed strikes come a day after the leader of pro-Kremlin separatists in the east, Denis Pushilin, publicly urged Russian forces to “liberate Russian cities founded by the Russian people — Kyiv, Chernihiv, Poltava, Odesa, Dnipropetrovsk, Kharkiv, Zaporizhzhia, Lutsk.”

Kharkiv, Ukraine’s second largest city, also came under a barrage of shelling overnight, its mayor Ihor Terekhov said. The southern city of Mykolaiv was fired at as well, with one person sustaining injuries.

Meanwhile, the Ukrainian military continued to counterattack in the occupied southern region of Kherson, striking a key bridge over the Dnieper River on Wednesday.

Ukrainian media on Thursday quoted Ukrainian presidential adviser Oleksiy Arestovich as saying that the operation to liberate Kherson “has already begun.” Arestovich said Kyiv’s forces were planning to isolate Russian troops there and leave them with three options — to “retreat, if possible, surrender or be destroyed.”

Oleksiy Danilov, the secretary of Ukraine’s National Security and Defense Council, in televised remarks on Wednesday said he was “cautious” in assessing the timeline of the possible counteroffensive. “I would really like it to be much faster,” he said, adding that “the enemy is now concentrating the maximum number (of forces) precisely in the Kherson direction.”

“A very large-scale movement of their troops has begun, they are gathering additional forces,” Danilov warned.

The British military estimated Thursday that Ukraine’s counteroffensive in Kherson is “gathering momentum”.

“Their forces have highly likely established a bridgehead south of the Ingulets River, which forms the northern boundary of Russian-occupied Kherson,” the British Defense Ministry said on Thursday.

It added that Ukraine has used its new long-range artillery to damage at least three of the bridges across the Dnieper River, “which Russia relies upon to supply the areas under its control.” The 1,000-meter-long Antonivsky bridge, which Ukrainian forces struck on Wednesday, is likely to be “unusable,” the British Defense Ministry concluded.

Ukraine’s presidential office said Thursday morning that Russian shelling of cities and villages over the past 24 hours killed at least five civilians, all of them in the eastern Donetsk region, and wounded nine more.

Fighting in recent weeks has focused on the Donetsk region. It has intensified in recent days as Russian forces appeared to emerge from a reported “operational pause” after capturing the neighboring Luhansk region.

A missile struck a residential building in Toretsk early Thursday morning, destroying two floors. “Missile terror again. We will not give up… We will not be intimidated,” Donetsk regional governor Pavlo Kyrylenko said on Telegram.

Analysts with the Institute for the Study of War believe that Russian forces are focusing their efforts on capturing the cities of Bakhmut and Siversk in Donetsk province.

“Russian forces have committed enough resources to conduct near-daily ground assaults and to seize territory on these two axes but have been unable to sustain a similar offensive operational tempo or to make similar territorial gains elsewhere in Ukraine,” the Institute said.

President Volodymyr Zelenskyy, who instituted the Day of Statehood last year to remind Ukrainians about the history of the country’s statehood, said as it was marked for the first time that the event has acquired a new meaning.

“The state in which the history of invincibility began, which the whole of Europe and the whole world admires, is our state. Our country. It is Ukraine,” Zelenskyy said Thursday.

The commemoration — which isn’t a public holiday — honors Prince Vladimir, who made Christianity the official religion of the Kyivan Rus more than 1,000 years ago.

The Kremlin also lays claim to the historical heritage of Kyivan Rus. In 2016, Russian President Vladimir Putin erected a monument to Prince Vladimir near the Kremlin.

Follow the AP’s coverage of the Russia-Ukraine war at https://apnews.com/hub/russia-ukraine