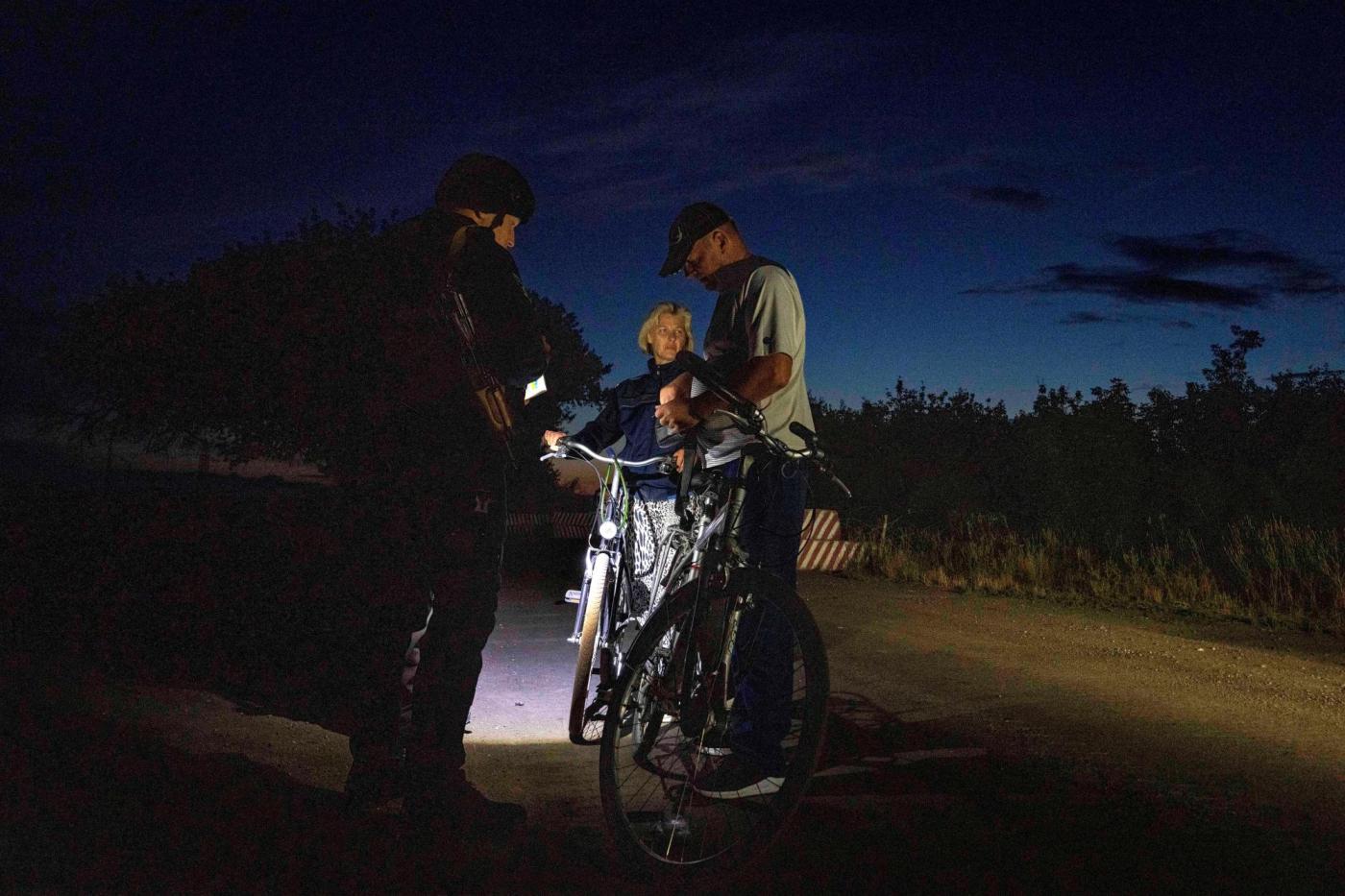 KYIV, Ukraine (AP) — Russian missiles hit Ukraine’s Black Sea port of Odesa just hours after Moscow and Kyiv signed deals to allow grain exports to resume from there. Ukraine’s Foreign Ministry denounced Saturday’s airstrikes as a “spit in the face” to Turkey and the United Nations, which brokered the agreements.

Command spokeswoman Nataliya Humenyuk said no grain storage facilities were hit in Odesa. Turkey’s defense minister, however, said he had spoken with Ukrainian authorities and one missile struck a grain silo and another landed nearby but neither affected loading at Odesa’s docks.

“It took less than 24 hours for Russia to launch a missile attack on Odesa’s port, breaking its promises and undermining its commitments before the U.N. and Turkey under the Istanbul agreement,” Ukrainian Foreign Ministry spokesman Oleg Nikolenko said. “In case of non-fulfillment, Russia will bear full responsibility for a global food crisis.”

Nikolenko described the missile strike on the 150th day of Russia’s war in Ukraine as Russian President Vladimir Putin’s “spit in the face of U.N. Secretary-General Antonio Guterres and Turkish President Recep Tayyip Erdogan, who made great efforts to reach agreement.”

“Yesterday, all parties made clear commitments on the global stage to ensure the safe movement of Ukrainian grain and related products to global markets,” the Guterres statement said. “These products are desperately needed to address the global food crisis and ease the suffering of millions of people.”

It was not clear how Saturday’s Russian airstrikes would affect the plan to resume shipping Ukrainian grain by sea in safe corridors out of three Ukrainian Black Sea ports: Odesa, Chernomorsk and Yuzhny. Ukraine and Russia signed identical deals Friday with the U.N. and Turkey in Istanbul backing the plan, which Guterres hailed as “a beacon of hope” for a world in which food prices are rising rapidly.

The agreements sought to clear the way for the shipment of millions of tons of Ukrainian grain and some Russian exports of grain and fertilizer that have been blocked by the war. Ukraine is one of the world’s largest exporters of wheat, corn and sunflower oil, but Russia’s invasion and naval blockade of its ports halted shipments.

Documents obtained by The Associated Press showed the deals called for the creation of a U.N.-led joint coordination center in Istanbul where officials from Ukraine, Russia and Turkey would oversee the scheduling and searches of cargo ships.

Ukrainian President Volodymyr Zelenskyy said in his nightly video address that the agreements offered “a chance to prevent a global catastrophe — a famine that could lead to political chaos in many countries of the world, in particular in the countries that help us.”

The head of Zelenskyy’s office, Andriy Yermak, said on Twitter that the Odesa strike, coming so soon after the endorsement of the Black Sea deal, illustrated “the Russian diplomatic dichotomy.”

“The Kremlin continues to weaponize food,” she tweeted. “Russia must be held to account.”

“When we get an agreement to help with (food shortages), he blows it up within 24 hours,” US House Armed Services Committee chairman Rep. Adam Smith told AP, referring to Putin, while on a bipartisan congressional visit to Kyiv. “What Russia is doing here is jeopardizing peace, food security and economic security globally.”

Russia also fired a barrage of missiles Saturday at an airfield and a railway facility in central Ukraine, killing at least three people, while Ukrainian forces launched rocket strikes on river crossings in a Russian-occupied southern region.

The attacks on key infrastructure marked new attempts by the warring parties to tip the scales of the grinding conflict in their favor.

In Ukraine’s central Kirovohradska region, 13 Russian missiles struck an airfield and a railway facility. Gov. Andriy Raikovych said at least one serviceman and two guards were killed and another 16 people were wounded in the strikes near the city of Kirovohrad.

In the Zaporizhzhia region, Russian forces at a checkpoint are blocking 1,200 vehicles carrying people fleeing the area and four people have died after being stranded there for days amid high heat, said Ivan Fedorov, mayor of the city of Melitopol, which is now under Russian control.

Stremousov told Russian state news agency Tass that the only other crossing of the Dnieper, the dam of the Kakhovka hydroelectric plant, also came under attack from rockets launched with weapons supplied by Washington but wasn’t damaged.

HIMARS, which can fire GPS-guided rockets at targets 80 kilometers (50 miles) away, out of reach of most Russian artillery systems, have significantly bolstered the Ukrainian strike capability.

In addition, Ukrainian forces shelled an automobile bridge across the Inhulets River in the village of Darivka, Stremousov told Tass. He said the bridge east of the regional capital of Kherson sustained seven hits but remained open. Stremousov said that, unlike the Antonivskyi Bridge, the small bridge in Darivka has no strategic value.

Since April, the Kremlin has concentrated on capturing the Donbas, a mostly Russian-speaking region where pro-Moscow separatists have proclaimed independence.

However, Russian Foreign Minister Sergey Lavrov emphasized this week that Moscow plans to retain control of other areas in Ukraine that its forces have occupied during the war.

Follow AP’s coverage of the Russia-Ukraine war at https://apnews.com/hub/russia-ukraine