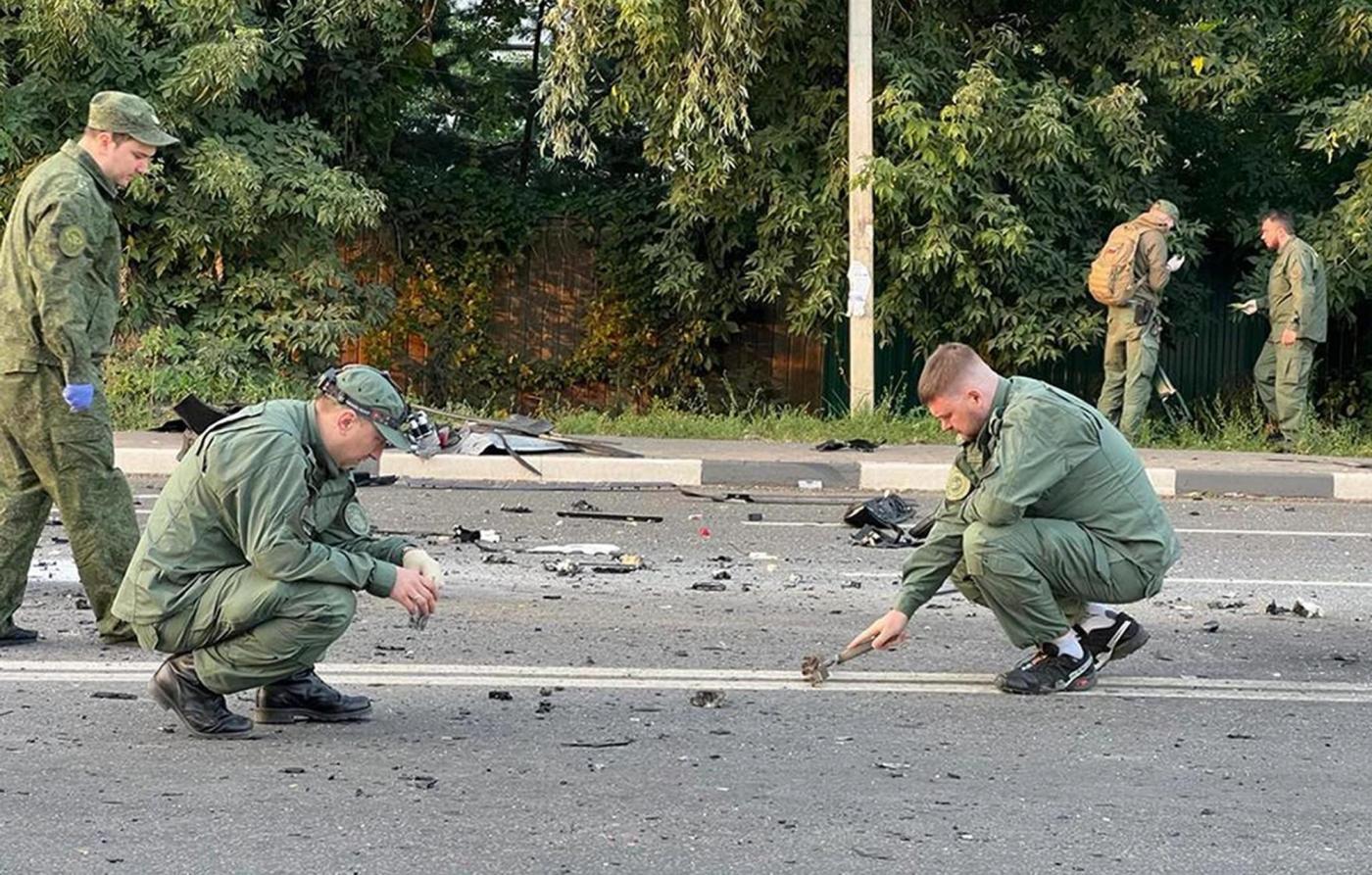 MOSCOW (AP) — Russia’s top counterintelligence agency on Monday blamed Ukrainian spy services for organizing the killing of the daughter of a leading Russian nationalist ideologue in a car bombing just outside Moscow.

Daria Dugina, the 29-year-old daughter of Alexander Dugin, a philosopher, writer and political theorist whom some in the West described as “Putin’s brain,” died when an explosive planted in her SUV exploded as she was driving Saturday night.

In Monday’s statement, the FSB accused a Ukrainian citizen, Natalya Vovk, of perpetrating the killing and then fleeing from Russia to Estonia.

The FSB said that the suspect, Natalya Vovk, arrived in Russia in July with her 12-year-old daughter and rented an apartment in the building where Dugina lived to shadow her. It said that Vovk and her daughter were at a nationalist festival, which Alexander Dugin and his daughter attended just before the killing.

The agency said that Vovk and her daughter left Russia for Estonia after Dugina’s killing, using a different vehicle license plate on their way out of the country.

Dugin has been a prominent proponent of the “Russian world” concept, a spiritual and political ideology that emphasizes traditional values, the restoration of Russia’s global clout and the unity of all ethnic Russians throughout the world. He has been vehemently supported Russian President Vladimir Putin’s move to send troops into Ukraine and urged the Kremlin to step up its operations in the country.

The explosion took place as Dugin’s daughter was returning from a cultural festival she had attended with him. Russian media reports cited witnesses as saying the SUV belonged to Dugin and that he had decided at the last minute to travel in another vehicle.

The car bombing, unusual for Moscow since the turbulent 1990s, is likely to aggravate tensions between Russia and Ukraine.

On Sunday, Denis Pushilin, head of the Russia-backed separatist “Donetsk People’s Republic” in Ukraine’s east, quickly blamed the blast on “terrorists of the Ukrainian regime, trying to kill Alexander Dugin.”

While Dugin’s exact ties to Putin are unclear, the Kremlin frequently echoes rhetoric from his writings and appearances on Russian state television. He helped popularize the “Novorossiya,” or “New Russia” concept that Russia used to justify the 2014 annexation of Ukraine’s Crimean Peninsula and its support of separatist rebels in eastern Ukraine.

Dugin, who has been slapped with U.S. and European Union sanctions, has promoted Russia as a country of piety, traditional values and authoritarian leadership, and spoken with disdain about Western liberal values.

His daughter expressed similar views and had appeared as a commentator on nationalist TV channel Tsargrad, where Dugin had served as chief editor.

Dugina herself was sanctioned by the United States in March for her work as chief editor of United World International, a website that the U.S. described as a disinformation source. The sanctions announcement cited a United World article this year that contended Ukraine would “perish” if it were admitted to NATO.

In an appearance on Russian television just Thursday, Dugina said, “People in the West are living in a dream, in a dream given to them by global hegemony.” She called America “a zombie society” in which people opposed Russia but couldn’t find it on a map.