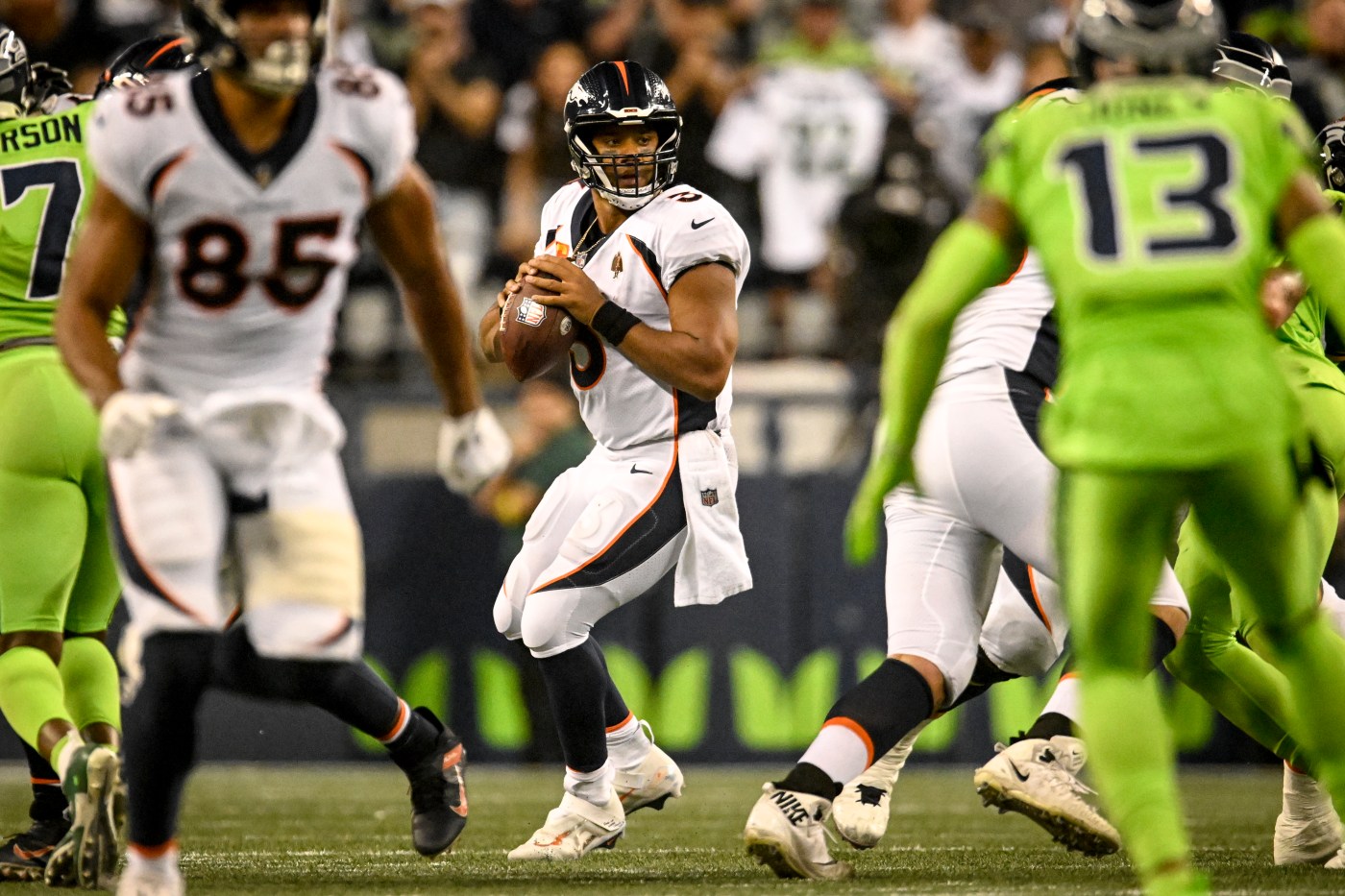 It was Broncos quarterback Russell Wilson’s turn Wednesday morning to re-litigate coach Nathaniel Hackett’s decision to pass on a fourth-and-5 snap for a 64-yard field goal that missed in Monday’s 17-16 loss to the Seattle Seahawks.

“Anytime you get the chance to win the game and solidify it and make a play, I always believe in having the ball,” Wilson said. “We also have a great kicker (Brandon McManus) and we’re going to believe in our kicker again. I always trust (Hackett’s) decisions and everything else, but I’m also always ready to go try to do it if we need to.”

Wilson said he would “for sure” speak up if the Broncos face the same situation again.

“(The field goal was) what we decided and we went with it,” he said.

Wilson was 29-of-42 passing for 340 yards and one touchdown in his Broncos debut. After Wednesday morning’s walk-through, he said his message to the offense was about bouncing back.

“I told the guys, ‘The thing about great teams is they always respond. If you want to be a championship team, you have to respond so how are we going to respond today?’” Wilson said. “If you’re truly confident, you don’t waver much. We have a great team. A lot of people got to see that on Monday night.”

For his part, what was Hackett’s message to the team?

Jewell worked on a side field during the media viewing period. Hackett said Gregory and Hamler sat out as a precaution, Meinerz isn’t expected to be placed on injured reserve and right tackle Billy Turner (knee) would have been a full participant in a padded practice.

Bassey will provide nickel back insurance for Williams.

Harris played his first six years for Minnesota when Broncos general manager George Paton was in the Vikings’ front office, starting 47 games. He started 14 games for Philadelphia last year, but was released after the preseason.

Run-pass balance. The Broncos had 20 rush attempts and 42 passes against Seattle. Does Hackett want more balance?

“We always want to run the football and be sure we’re always getting a good running game going,” he said. “We just have to be sure we’re doing what’s right for that (opponent) at that moment.”

The total is skewed by two end-of-half possessions in which the Broncos ran a combined 17 plays and only three rushes (two called plays and one Wilson scramble).