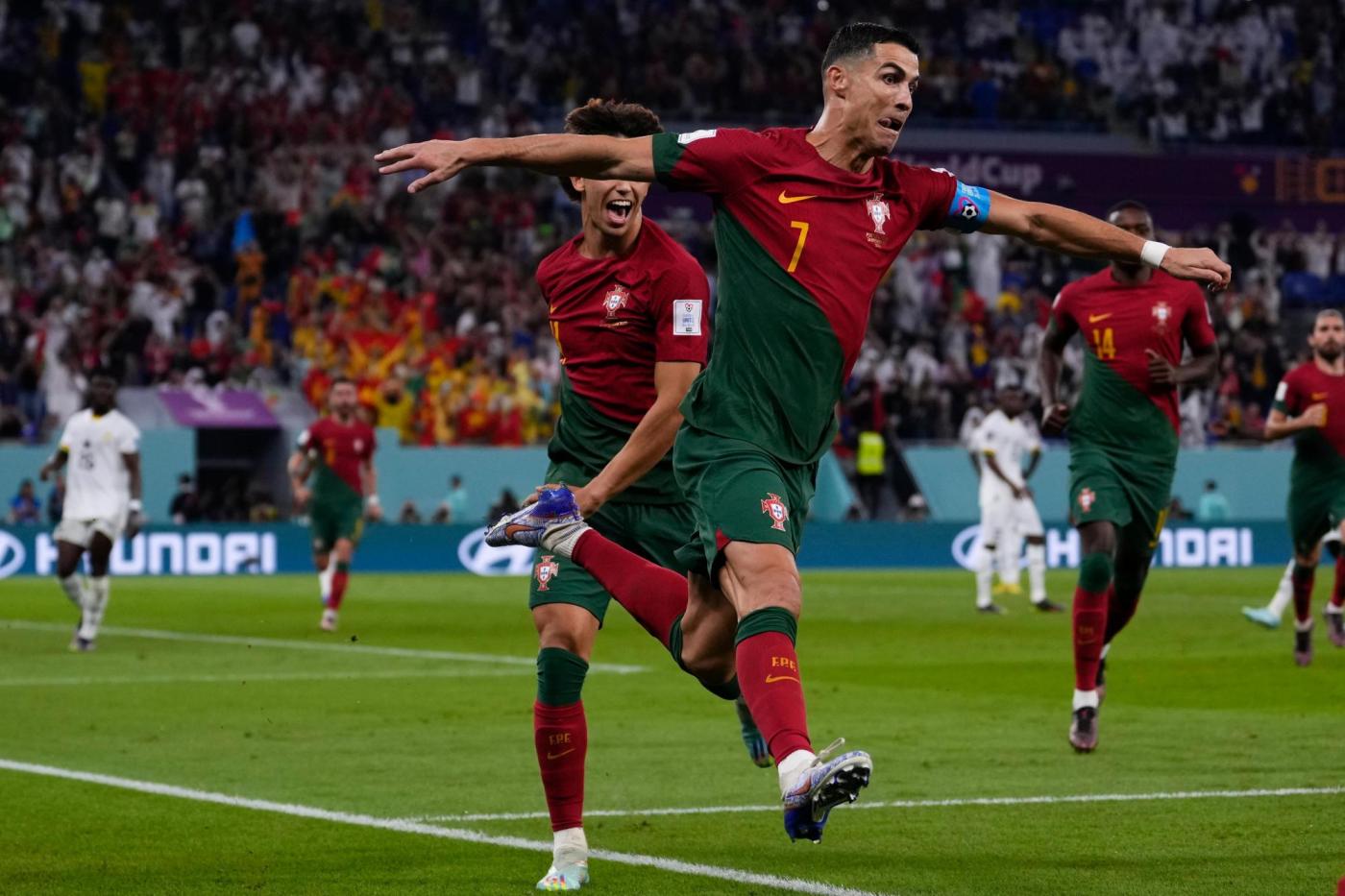 DOHA, Qatar (AP) — Cristiano Ronaldo closed his eyes, took in a deep breath and then made World Cup history.

The Portugal striker became the first male player to score at five World Cups with his 65th-minute penalty in a 3-2 win over Ghana on Thursday.

Andre Ayew equalized for Ghana eight minutes later, but Joao Felix regained the lead for Portugal in the 78th and Rafael Leao added a third. Osman Bukari reduced Ghana’s deficit in the 89th.

The 37-year-old Ronaldo was looking to showcase his talents to potential new clubs after having his contract terminated at Manchester United this week. After wasting two good chances in the first half, he tumbled under a challenge by Ghana defender Mohammed Salisu to earn a penalty.

Wheeling away after the ball struck the back of the net, a smiling Ronaldo performed his usual leap and swivel in the air — the crowd roared his trademark “SI-UUU” as he did the pirouette — before getting mobbed by teammates.

He has now scored in every World Cup since his first in 2006 and has a record 118 international goals.

It was a wild finish to a slow-burner of a World Cup match that ended with Portugal defender Danilo clearing the ball away from near the line in the ninth minute of stoppage time. Ronaldo, who was sitting in the dugout after being substituted, put his hand on his head in relief.

Ronaldo, naturally, took center stage at the start of his fifth and likely last World Cup, particularly after a fraught buildup to the tournament in which he gave an unauthorized, tell-all interview criticizing Manchester United’s manager, owners and teammates. On Tuesday, he split with the English club, meaning he is in the shop window in Qatar.

Another scoring record adds to the luster of his resume. A penalty against Iran in 2006 started his tally of World Cup goals — it is now up to eight in 18 matches — and he lifted the ball beyond Ghana goalkeeper Lawrence Ati with his latest spot kick after a long, theatrical buildup to the penalty.

Still, Portugal’s players almost threw it away after losing their composure in a chaotic final few minutes, featuring the comical scene of Bukari performing Ronaldo’s “SI-UUU” celebration after his goal.

In the other Group H match, South Korea and Uruguay drew 0-0.

Steve Douglas is at https://twitter.com/sdouglas80