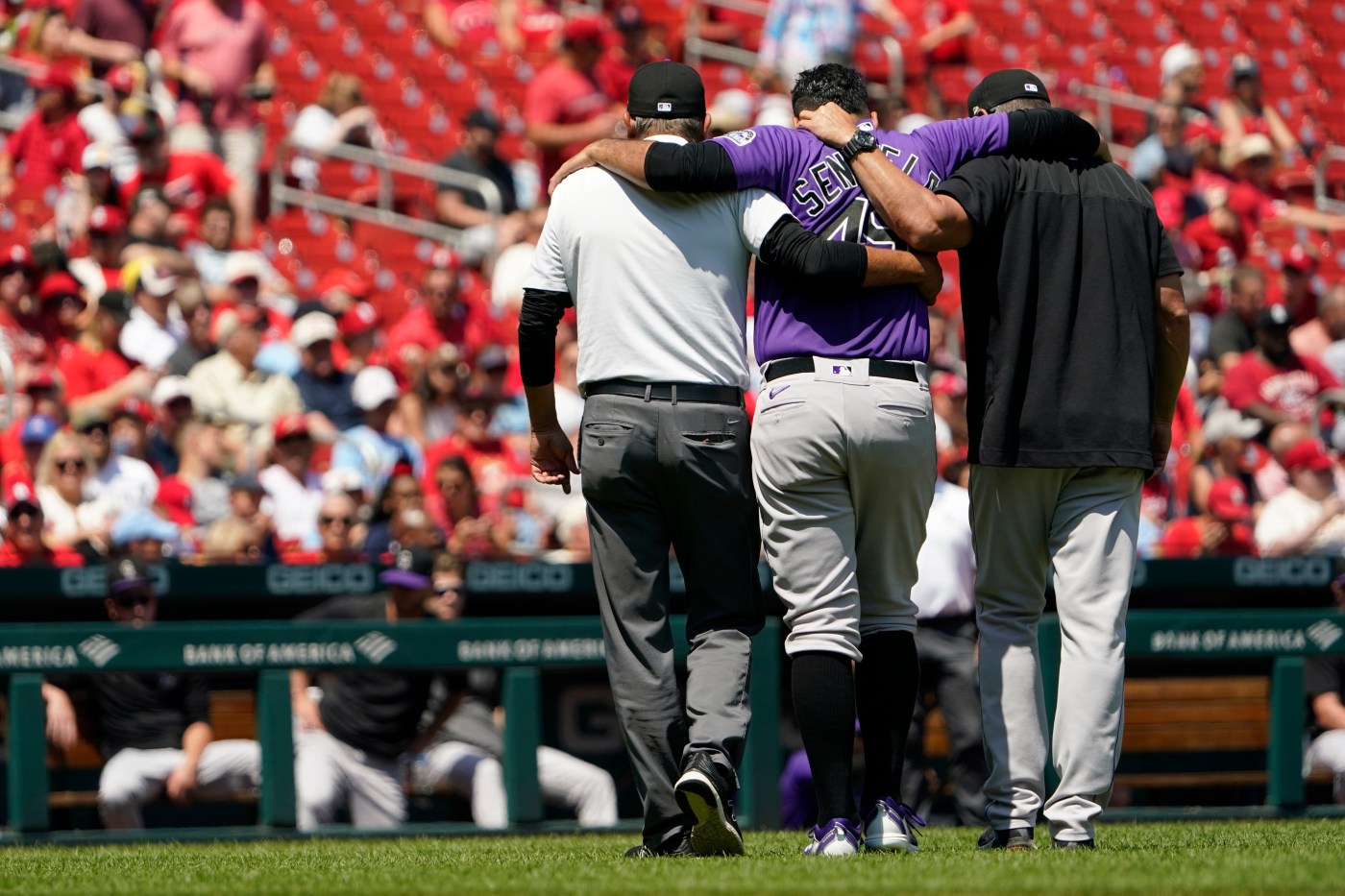 The Rockies added misery to injury during an awful Thursday afternoon at Busch Stadium.

In a humbling 13-0 defeat to the Cardinals, the Rockies lost both right-handed starter Antonio Senzatela and right-fielder Charlie Blackmon to injuries early in the game. The defeat was Colorado’s fifth straight overall and 12th consecutive loss at St. Louis.

Senzatela’s injury appeared to be serious. As he tried to cover first base on Brendan Donovan’s infield single in the second inning, Senzatela pulled up lame and fell to the ground in pain. He clutched his left knee, but it was difficult to tell if he injured his knee or his hamstring. Senzatela was helped off the field and immediately taken to the clubhouse.

Blackmon beat out an infield hit in the first inning but ran gingerly as he approached the first-base bag. He stayed in the game through the Rockies’ at-bat but was removed from the game prior to the bottom of the second inning.

Left-hander Austin Gomber took over for Senzatela with the Cardinals leading 5-0 at the time. But Gomber, who lost his starting job earlier this season, got blasted by a legend. Gomber walked three batters and gave up a pinch-hit, grand slam home run to Albert Pujols.

For Pujols, the future Hall of Famer, it was the 16th grand slam of his career, his first as a pinch-hitter. Pujols, who’s hit 11 homers this season, is now tied with Hank Aaron, Babe Ruth and Dave Kingman for 10th all-time in grand slams.

The Rockies’ offense was no match for 40-year-old right-hander Adam Wainwright, who pitched seven scoreless innings, giving up just three singles and walking none. His mastery of the Rockies has been nothing short of spectacular. In 18 career games (14 starts) against them, he’s 12-1 with a 1.38 ERA.

The Cardinals pounded out 15 hits and kept piling misery upon Colorado pitchers. Lars Nootbaar smacked a two-run homer off Jake Bird in the fifth and Pujols capped off his 2-for-3, five-RBI day with a run-scoring single in the seventh.

The Rockies, 18-39 on the road and on pace to finish the season with a 69-93 record, return home Friday to open a three-game series against San Francisco.