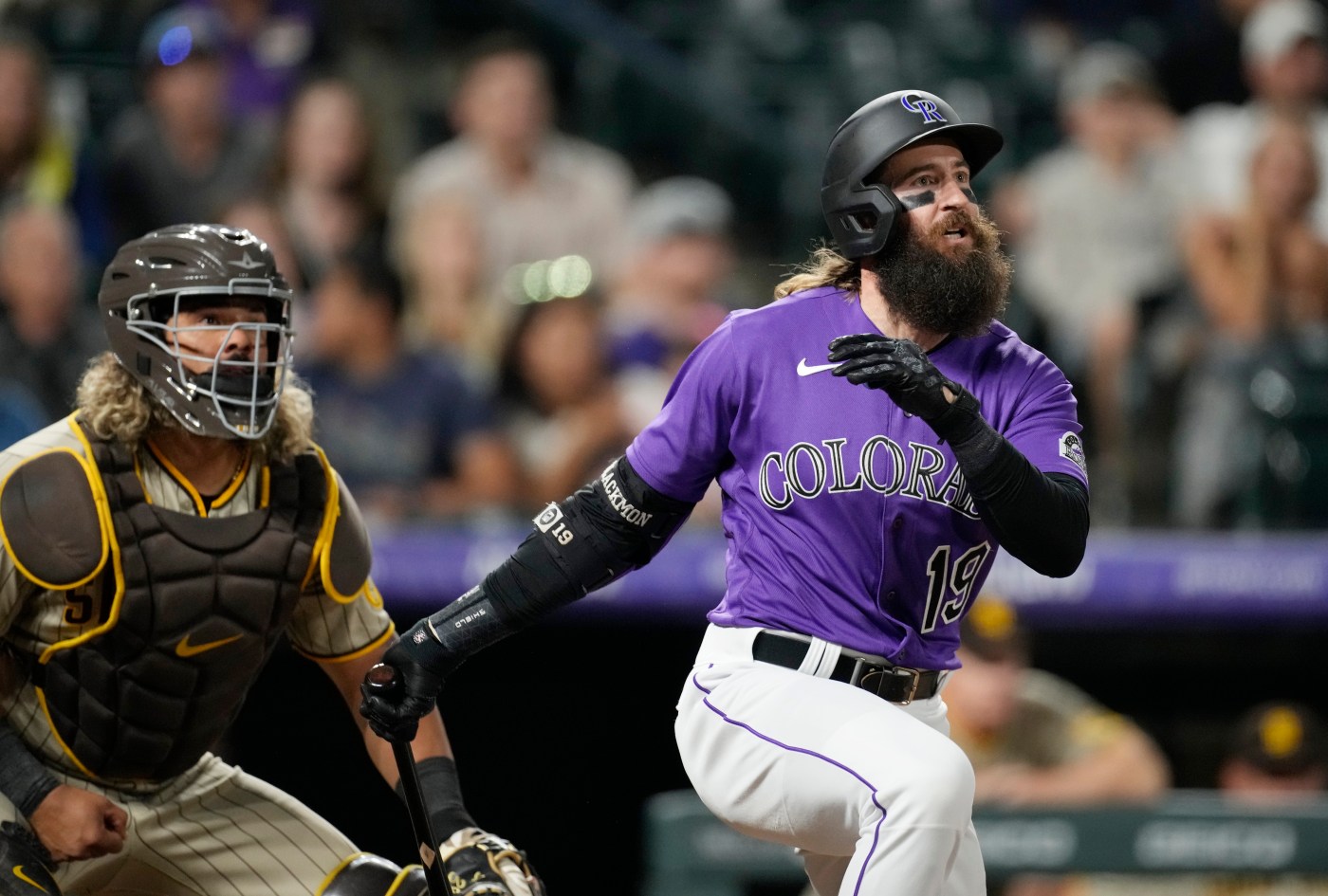 As the all-star break nears, the Rockies’ stated goal is to reclaim a .500 record — at some point this summer.

But in order to achieve that rather modest objective, the Rockies need sustained success. That’s something that continues to elude them.

After taking three of four games in Arizona, Colorado returned to LoDo on a high note, then lost a 6-5 heartbreaker to the Padres on Monday night at Coors Field.

The Rockies made things very interesting in the ninth against San Diego lefty Taylor Rogers. A leadoff single by Randal Grichuk and an RBI double by Connor Joe brought the Rockies within two runs. Then Charlie Blackmon ripped a double to right to score Joe and cut the lead to 6-5.

Up to the plate stepped C.J. Cron, who was named to his first All-Star Game on Sunday. He hit a long foul ball into the right-field corner before grounding out to second to end the game.

The death blow was C.J. Abrams’ three-run homer off Rockies rookie reliever Jake Bird in the eighth inning. Abram’s moonshot into the second deck above right field was one of three homers launched by San Diego.

The Rockies’ loss overshadowed a strong start from right-hander Jose Urena, who’s making a push to become a permanent part of the rotation. Also eclipsed by the loss was the 1,000th hit of shortstop Jose Iglesias’ career. He ripped an RBI double to right-center in the eighth inning, driving in Blackmon to trim San Diego’s lead to 6-3.

Colorado, which fell to 38-49, entered the game with a 10-2 record at home vs. the Padres since the start of the 2021 season, a mark that included a nine-game winning streak. But Padres left-hander Sean Manaea did his part to end that streak. Manea dominated the Rockies for most of his 6 1/3 innings, giving up two runs on just five hits while fanning five and walking only one.

Blackmon was the first to solve Manea, roping a leadoff triple in the fourth on a line drive that center fielder Trent Grisham took a terrible angle on. Blackmon scored on Cron’s sacrifice fly that pinned right-fielder Nomar Mazara against the wall before he made the catch.

Grichuk’s one-out, solo homer to left in the seventh sliced San Diego’s lead to 3-2 and ended Manea’s evening. Grichuk’s 385-foot homer was his ninth of the season. Grichuk also made two sensational catches in right field in the ninth inning.

Urena, making his second start for Colorado, delivered a solid, six-inning performance. The Padres reached him for two runs on seven hits but never threatened to blow him off the mound. Urena walked three and struck out three.

San Diego struck quickly with a leadoff single by Jake Cronenworth, a one-out double by Mazara, and a sacrifice fly by Luke Voit to score Cronenthworth.

Cronenworth landed another opening punch in the third, taking Urena deep for a 416-foot solo homer to right-center to put the Padres ahead, 2-0.

National League MVP candidate Manny Machado, who supplanted Nolan Arenado as the starting third baseman in next week’s All-Star Game, launched a massive solo homer to left in the seventh inning to extend the Padres’ lead to 3-1. Machado’s homer off lefty reliever Lucas Gilbreath’s 2-2 slider, landed on the concourse beyond the stands. It was Machado’s 15th homer of the season.

Gomber is making his third start since returning from a two-game stint in the bullpen. He pitched a so-so game in Colorado’s 4-3 win at Arizona last Thursday, allowing three runs on six hits across five innings. He’s 1-0 (Rockies 2-0) with a 5.91 ERA in two starts since coming to the rotation, with both starts coming against the D-Backs. He’s struggled at Coors Field this season (2-4, 6.64 ERA in seven starts) after dominating at home last year (5-1, 2.09 ERA in nine starts). Gomber is 1-1 with a 2.45 ERA in six career appearances (four starts) vs. the Padres.

Clevinger took his first loss of the season in his last start. Seattle tagged him for four runs on six hits over six innings en route to a 6-2 win. The right-hander struck out five, walked two and gave up a solo homer to Sam Haggerty. Clevinger, traded from Cleveland to San Diego in August 2020, has limited experience against the Rockies. He’s faced them three times, making two starts, with a 9.00 ERA with a 1.636 WHIP. In two appearances (one start) at Coors Field, he has a 10.50 ERA.

Trending: The Rockies’ bullpen entered Monday night’s game with a 3.52 ERA since June 11, limiting opponents to a .226 average with 10 home runs allowed.

At issue: Outfielder Randal Grichuk’s 26.6 strikeout percentage this season is the highest on the Rockies and his highest since 2017 when he fanned in 30.1% of his plate appearances.