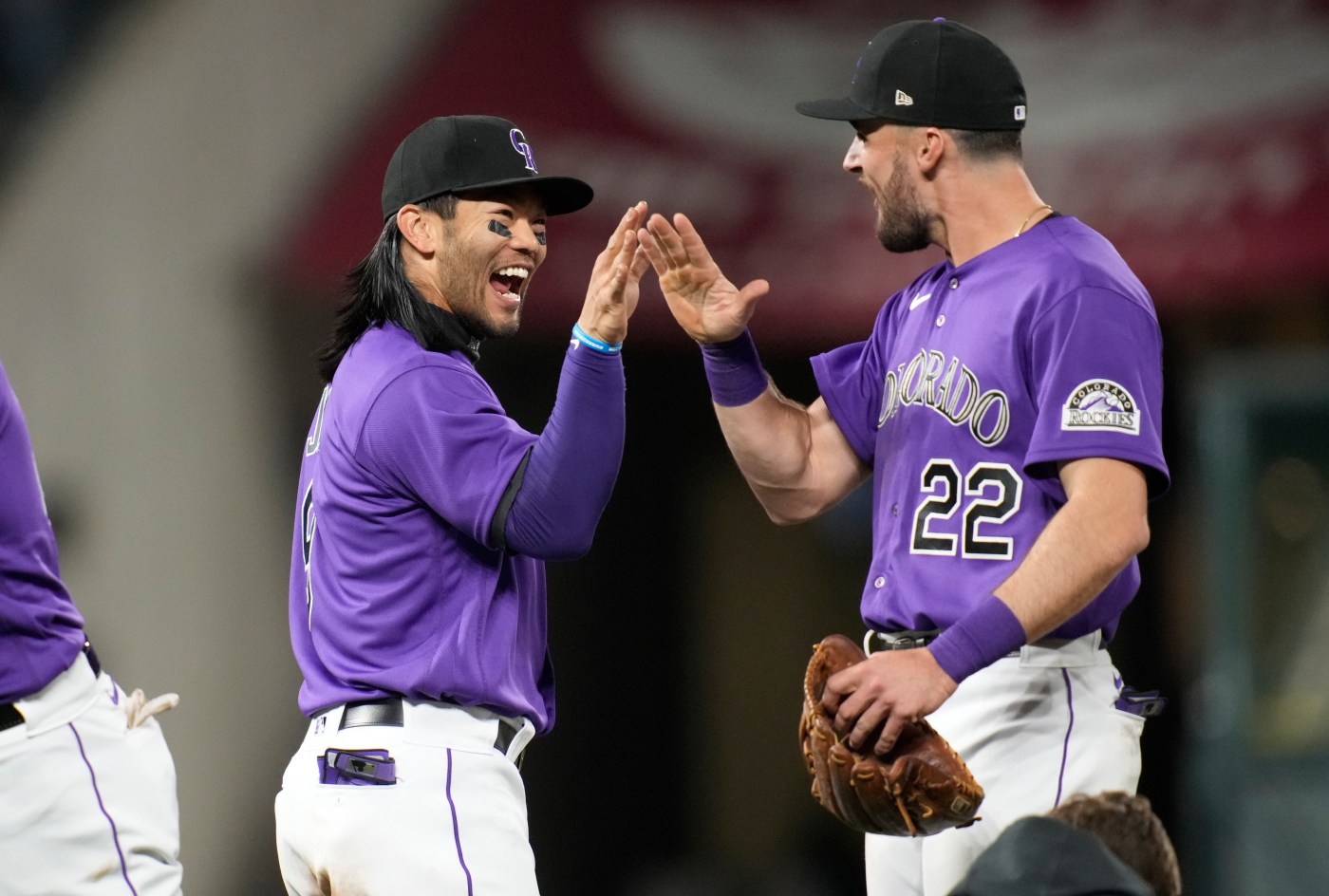 The Rockies’ outfielder was recalled from Triple-A Albuquerque on Monday after playing 16 games with the Isotopes. Hilliard, 28, was in the starting lineup Tuesday night, hitting ninth, against the Padres. It was another chance to show that he belongs in the majors.

“There is always going to be a little bit of pressure, but I think I’m doing a better job than I used to of dealing with that,” Hilliard said. “I look at things in a little bit different way now and I’m coming up knowing I just have to be me.”

Manager Bud Black knew that Hilliard needed a major tuneup at Triple-A, but Black also believes Hilliard can handle this upcoming test and is confident that Hilliard won’t put too much emphasis on a handful of games.

“I think, I hope, that Sam is experienced enough to know that you can’t do that,”  Black said. “Sam’s at his best is when he’s relaxed and playing the game with a confidence and a poise that enables him to let his talents show.”

Hilliard made the opening day roster and there were hopes he would be a dynamic piece of Colorado’s offense. But Hilliard scuffled to a .161/.238/.268 slash line with just two home runs in 126 plate appearances. His strikeout rate was 27%.

When he was demoted to Triple-A on June 16, Hilliard was in the midst of an 0-for-20 slump that included 10 strikeouts.

But Hilliard said he regained his batting stroke and refined his approach in 16 games at Triple-A, where he slashed .279/.370/.541 with four home runs, four doubles, 12 RBIs and nine walks. His strikeout rate was just 14.3%.

Hilliard spent extra time in the batting cage and worked on a number of mechanical issues that he hopes will prevent him from pounding the ball into the ground, something that hurt him with the Rockies.

Hilliard admitted it hurt to be optioned to the minors and said that it took him about a week to regain his rhythm at the plate. But he approached his time with Albuquerque as a necessary part of his job.

“I knew from experience last year when I was sent down that you have to be where your feet are,” he said. “You can’t be thinking, ‘Oh, I have to do this or that to get back up to the big leagues.’

“You have to accept the reality. I was (playing) in a league where I have already had success. But it’s still hard. You can’t go and have immediate success just because you did it once. You have to lock it in and make it happen.”

C.J. sits. All-star first baseman C.J. Cron was not in the starting lineup Tuesday as he continues to deal with a bruised left wrist.

Cron went 0-for-4 with three strikeouts and a sacrifice fly in Colorado’s 6-5 loss to the Padres on Monday and realized that he should not have been in the lineup. Cron told Black as much after the game and explained that the sore wrist affected his swing more than he thought it would.

Cron was hit by a 94.4 mph fastball from Arizona’s Zac Gallen in Friday’s game at Chase Field and did not play Saturday or Sunday.

Cron hopes to return to the lineup soon, and the injury likely won’t prevent him from participating in his first All-Star Game next Tuesday at Dodger Stadium.