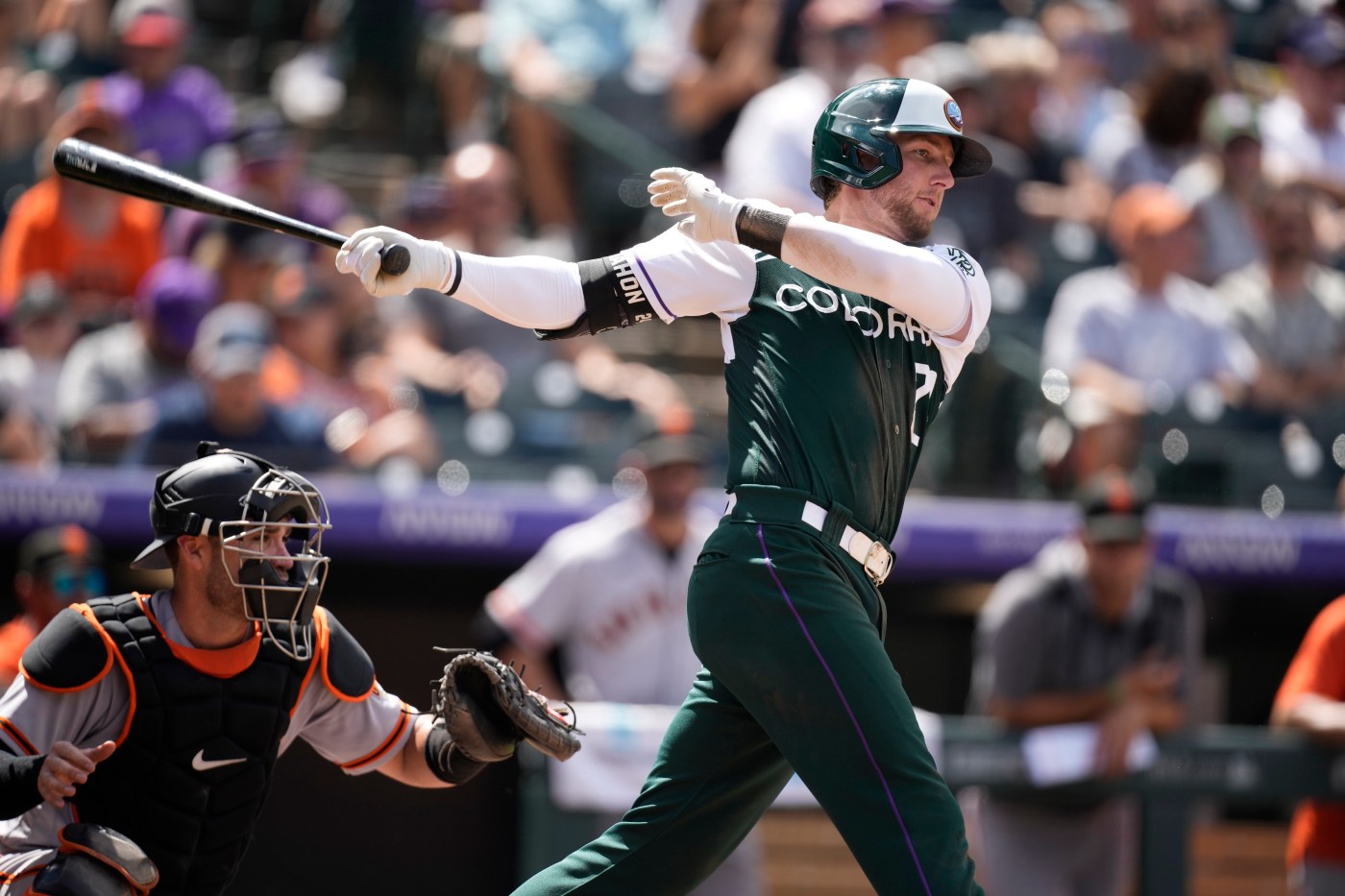 This glove story did not have a happy ending.

In the second inning of Sunday’s game at Coors Field, Rockies third baseman Ryan McMahon fielded a hot grounder from the Giants’ Thairo Estrada. McMahon figured it would be a routine play. Instead, the baseball went right through the index and middle fingers of McMahon’s glove.

“That’s my old baby glove and I have been using that since high-A,” McMahon said. “I’m just going to put it in retirement now.”

McMahon was charged with an error and the cartoonish play contributed to the Giants’ two-run inning. San Francisco went on to win the game, 9-8, in 11 innings.

“I couldn’t tell what happened,” McMahon said. “When I looked down, I had a huge rip in my glove. It’s tough man. They get two runs right there. It would have been an easy out. It’s a tough pill to swallow, but it’s out of my control.”

Grichuk’s run. Outfielder Randal Grichuk tied the game, 6-6, with a two-run homer in the eighth inning, his 13th of the season, the third-most on the team behind C.J. Cron (23) and Charlie Blackmon (16).

It was Grichuk’s ninth career home run in the eighth inning or later that either tied the game or put his team ahead, his first since May 23, 2021, for the Blue Jays against Tampa Bay.

Footnotes. Slumping first baseman C.J. Cron sat out for the second straight game but Black said Cron will be back in the lineup Tuesday night against Texas. Cron is hitting just .171 since the All-Star break. … Blackmon went 2-for-5 with two RBIs, recording his 700th career RBI on a game-tying, 10th-inning single. Blackmon became the 27th active player to reach the milestone and the seventh Rockie all-time to get to 700.