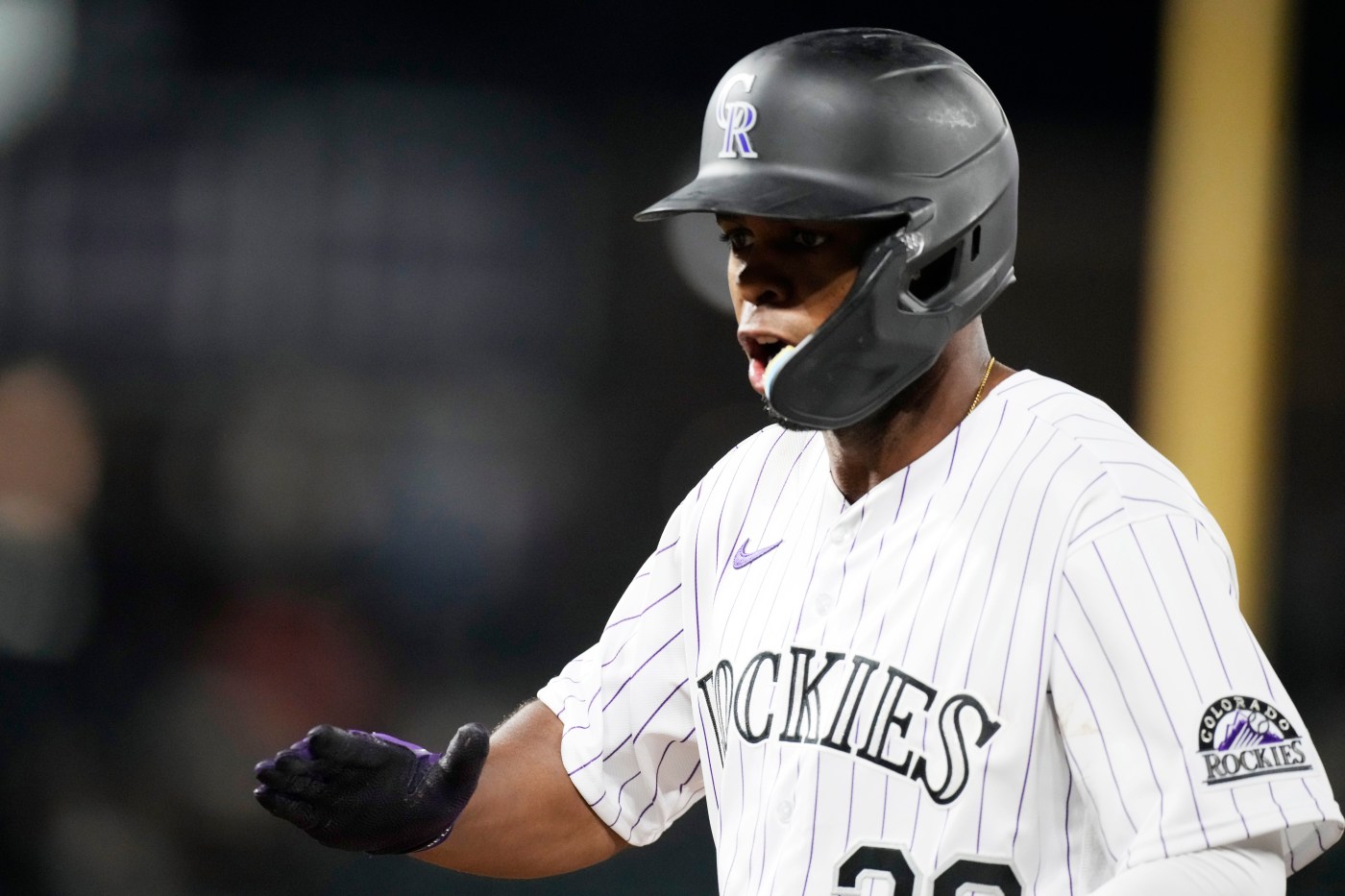 Bud Black is fond of telling his players, “Every day is a test.”

So did second baseman Brendan Rodgers, who delivered a walk-off, 10th-inning single off Camilo Doval to lift the Rockies to a 4-3 win over the Giants at Coors Field in front of 35,278 fans.

Rodgers drove home Bernard, who began the 10th inning as the ghost runner at second base.

“When you have three hits in a game already, you are kind of in a positive mindset and that’s kind of where I was. I just tried not to do too much and get the job done,” said Rodgers after getting the second walk-off RBI of his career. He also hit a walk-off home run on June 1 vs. the Marlins.

“We’ve seen this coming,” Black said. “You take April away and look at it. Everybody should do that. Look at the numbers since April. Look where he ranks in regard to all second basemen in baseball and what he’s done.”

In the seventh, Bernard drove in pinch-runner Sam Hilliard with a go-ahead single off Alex Cobb. Connor Joe led off the inning with a single and was then replaced by Hilliard. Black said the move was made for Hilliard’s speed and outfield defense.

The Rockies had limited the Giants to three hits entering the ninth inning but the Giants tagged closer Daniel Bard for a run on two hits. Bard yielded a two-out single to pinch hitter Tommy La Stella, who was replaced by pinch runner Austin Slater, who then swiped second base.

Up stepped the dangerous Brandon Crawford, who had homered earlier in the game. He worked Bard to a 3-1 count before ripping an RBI double down the left-field line to tie the game. With first base open, the Rockies chose not to intentionally walk Crawford.

“We thought about it,” Black said. “With two outs, maybe it makes some sense, right? But I trust Daniel and I think Daniel was going to pitch around him. I didn’t see that 3-1 pitch, whether it was a strike or not. … He probably didn’t locate the pitch where he wanted to.”

For Bard, it was just the third blown save of the season, after converting 16 straight.

Feltner, making his 11th big-league start in what’s been a mixed-bag-of-a-season, gave up just one run on two hits over six innings. He struck out five, walked two, and threw an economical 86 pitches. His only major goof was giving up a leadoff homer to Joey Bart in the sixth.

“There was a lot to like, starting with the intent to keep the ball down,”  Black said. “He did a pretty good job of that. He stayed under control with his mechanics until maybe the last eight to 10 pitches in the sixth. But he threw the ball extremely well. I’m very proud of him.”

Prior to the game, Black went through a litany of things he wants to see from Feltner as the season winds down, including pitch command within the strike zone, pitch mix, and poise during certain moments of the game and certain at-bats. Saturday night, Feltner checked them all off his list.

The sixth inning was a case in point. Feltner wobbled, just a bit, after serving up the homer to Bart, by issuing a two-out walk to Wilmer Flores, who had hit a triple in the fourth inning. But Feltner bore down to strike out cleanup hitter Joc Pederson to close out the inning.

“More of my sliders got to the spot tonight, more of my sinkers were down and more of my four-seam (fastballs) were up,” Feltner said. “So just being more consistent of where I’m trying to put the ball in the zone, that felt good for me tonight.”

San Francisco tied the game at 2-all in the seventh on Crawford’s one-out solo homer off of reliever Dinelson Lamet.

Cobb gave up three runs on 10 hits but mostly kept the Rockies in check over 6 2/3 innings. The exception was Colorado’s two-run third when it strung together four hits, the clutch hits an RBI double by Rodgers and a run-scoring single by Ryan McMahon.

The Rockies, who snapped a five-game losing streak with a 7-4 win over the Giants on Friday night, will go for the three-game sweep Sunday afternoon at Coors Field.

Colorado has won five of its last six games against the Giants since May 18 following a 12-game losing streak that stretched back to Aug. 15, 2021.