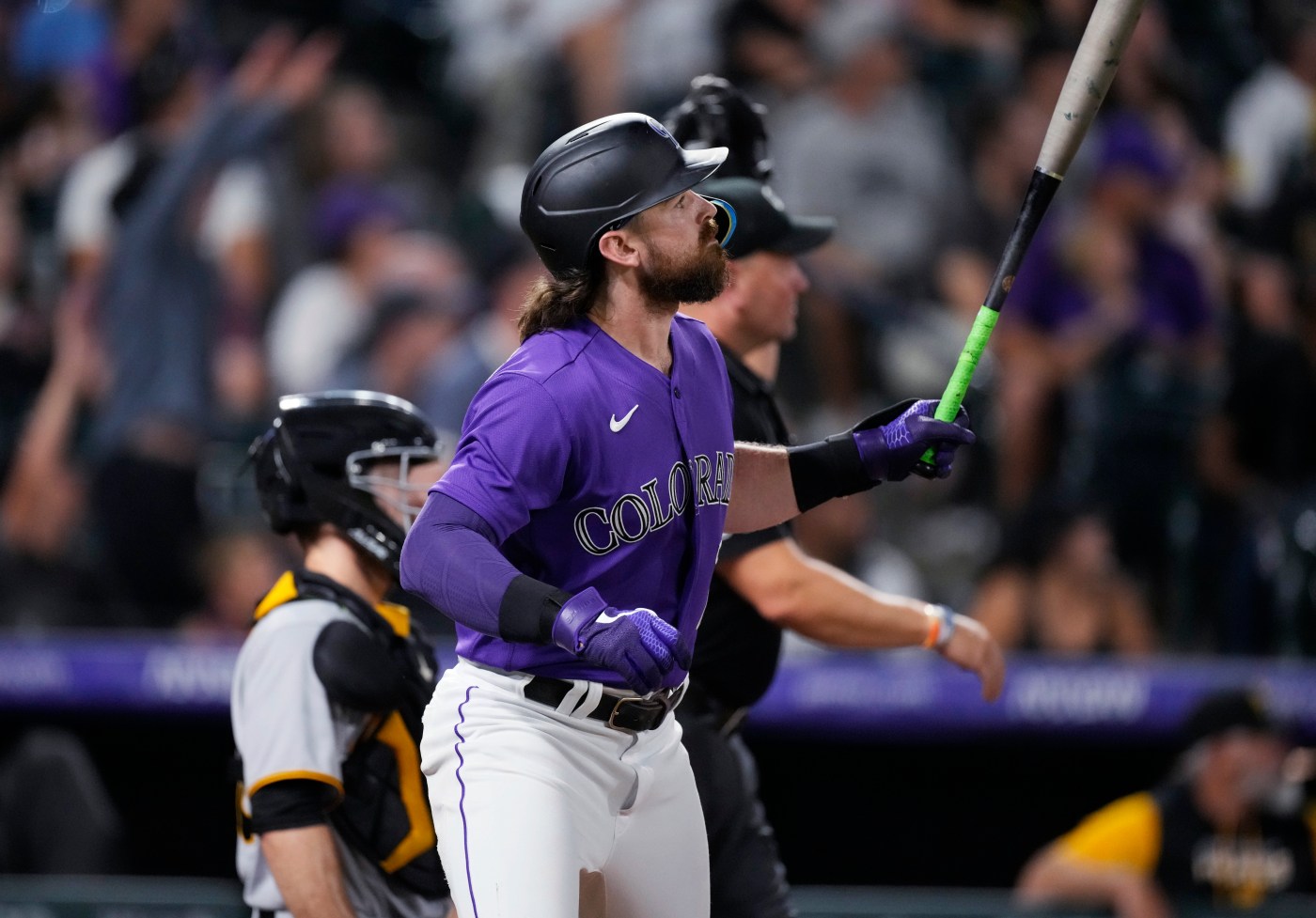 Over the past few years, critics have wondered whether Brendan Rodgers could live up to the expectations that come with being a No. 3 overall pick.

On Friday night at Coors Field, B-Rod turned in a performance proving he is capable of doing just that, and putting the team on his back. The second baseman broke the game open with a bases-clearing double in the third inning, then iced the 13-2 win over Pittsburgh with a no-doubt homer in the seventh.

That 433-foot dinger to left followed C.J. Cron’s 401-foot homer to right, giving the Rockies back-to-back jacks for the first time this year. Add in a hit parade (17 knocks) and a quality start from German Marquez, and Colorado demolished the Pirates in the series opener to improve to 4-1 on the final homestand before the all-star break.

After Kris Bryant notched Colorado’s first hit with a double in the first inning, Charlie Blackmon brought him home with an RBI single as Colorado took an early lead.

The Pirates tied the game in the third, but it was Bryant’s web gem in the frame that fans will remember most. The left fielder made a sprawling catch going back and to his left, turning Josh VanMeter’s would-be extra-base hit into a sacrifice fly.

With the game tied 1-1 in the third, Rodgers took affairs into his own hands. With the bases juiced and two outs, Rodgers sat back on Jose Quintana’s full-count changeup and lined it to right to score three runs, making it 4-1.

For Rodgers, it’s the latest offensive outburst that signals he’s on track following an anemic start to the season at the plate. And defensively, Rodgers continues to impress as one of MLB’s best second baseman, according to both sabermetrics and traditional stats.

Marquez finished with two runs allowed in 6 2/3 innings, and stayed in the game after being hit by Kevin Newman’s comeback grounder to start the seventh inning. Marquez made the play after the ball drilled him in the back of the right leg. He went down to the grass and was tended to by trainers before getting a couple more outs.

The right-hander also became the second Rockies’ pitcher with 900 career strikeouts with his whiff of Jake Marisnick in the fifth inning. Only southpaw Jorge De La Rosa (985) has more in Rockies history.