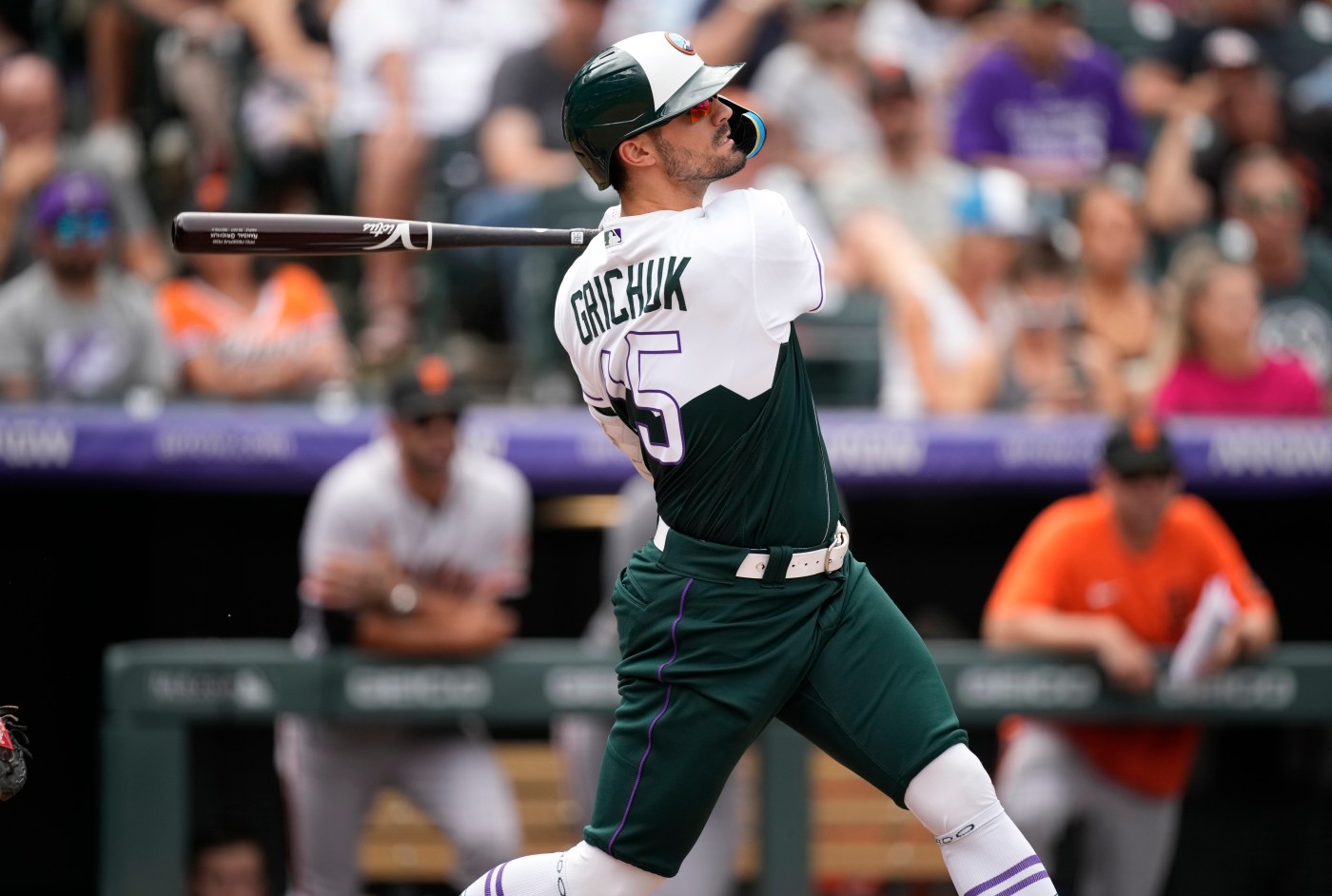 The Rockies’ best-laid plans for 2022 included a potent outfield with powerful bats. That’s why the club signed left fielder Kris Bryant to a seven-year, $172 million contract and traded Raimel Tapia to Toronto for Randal Grichuk.

“We’ve been looking for another power bat, and I think we acquired one with Grichuk,” general manager Bill Schmidt said when the trade went down in late March. “He can play center field. He can play all three outfield spots. We needed to get more impact in our lineup.”

So much for best-laid plans.

Bryant has been hurt for most of the season and might not return as he continues dealing with plantar fasciitis. In the 42 games in which he has played, Bryant hit just five home runs.

Although Grichuk has started to heat up lately, he has not delivered as Colorado had hoped. He’s hit only 13 homers and his 3.0 home run percentage is by far the lowest since he became a full-time major leaguer in 2015.

The Rockies entered the season expecting a rebound performance from Charlie Blackmon, who hit a career-low 13 home runs  last year. They were also hoping that Sam Hilliard, a big, strong, athletic player with power potential, would take a big step forward.

Hilliard ranks as one of the season’s biggest disappointments. He’s been getting plenty of chances to prove himself, but he’s hitting just .184 with a .544 OPS and two home runs. And his old bugaboo, strikeouts, is rearing its ugly head. Hilliard has fanned in 28.5% of his plate appearances. Most disconcerting has been Hilliard’s dramatic power outage. In 2019, Hilliard smacked seven homers in just 27 games.

While 31-year-old rookie outfielder Wynton Bernard has made for a terrific story, he had 42 at-bats in the big leagues with no home runs and just one double.

The Rockies also had high hopes for Connor Joe, but he’s seen diminished playing time due to a second-half swoon. He’s appeared in just 19 games since the All-Star break, hitting .131 (8-for-61). Joe hit eight home runs in 211 plate appearances last season but has only six this season in 446 plate appearances.

And Yonathan Daza, currently on the injured list with a shoulder injury, had just three home runs in 743 big-league plate appearances. Utility player Garrett Hampson, who’s played center field in 19 games, has seen very little playing time and that’s not allowed him to get into any kind of groove. He hit 11 home runs last season, but only two so far this season.

The offseason could well determine the future of players such as Hilliard, Bernard, Daza and Hampson.

But the Rockies will need a big bounce-back from Bryant, Blackmon and Grichuk, all of whom are in line for big paychecks in 2023. Bryant is scheduled to make $27 million, Blackmon $18 million, and Grichuk $9.3 million.

Grichuk, at least, is begging to show signs of the player the Rockies hoped he was when they acquired him. He’s hitting .338 (41-for-121) in 34 games since the All-Star break and his 18 RBIs since the break leads the team.

But if the Rockies want to take a step forward in 2013, the entire outfield will have to do its part. And do it a lot better.

Note: wRC+ takes into account how valuable a hitter is at creating runs, and then adjusts it to both park and league factors. Like other adjusted statistics, a wRC+ of 100 is considered league average.